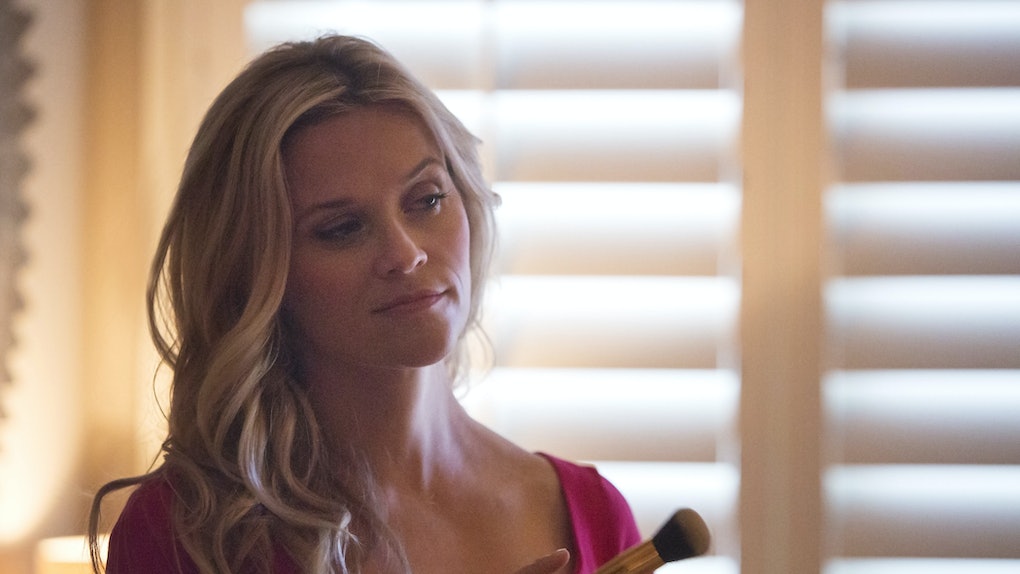 When Reese Witherspoon and Nicole Kidman optioned the rights to adapt Big Little Lies for TV, they made a few changes. For one thing, the location was moved from Australia to California. Bonnie's backstory of abuse never got mentioned. Perry's death wound up with him going down the stairs instead of over a balcony rail. But the most significant change was the decision to have Witherspoon's character, Madeline, have an affair behind her husband Ed's back, risking her second marriage. After watching him find out about her infidelity in Season 2 Episode 2, fans are all asking: Will Ed and Madeline get a divorce? Warning: Spoilers for Big Little Lies Season 2 follow.

Madeline's decision to cheat on her husband Ed isn't really about him as much as it is about how much the character is spiraling out of control. Maddie is already feeling unbalanced when she realizes her daughter Chloe is going into first grade beside her half-sister Skye, and that she will have to see her former husband, Nathan and his seemingly perfectly zen wife, Bonnie.

But it only gets worse from there, when Madeline's older daughter, Abigail, decides she needs to move out from under her mother's roof and in with dad and step-mom. The emotional breakdown leads Maddie to fall into the arms of Joseph, the theater director, with whom she's working on the local production of Avenue Q.

The problem is Maddie doesn't think her actions through. She just wanted to feel better for a minute and wanted by someone. It was a momentary thrill. But Joseph decided he loved Maddie, forcing her to have to break it off in an ugly manner, and for her lover to then threaten to tell everyone about their affair.

When Maddie and Joseph wind up in a car crash due to their breakup, Maddie's husband Ed buys her excuse. But Tori, Joseph's wife, is smarter than that. By the time Season 2 opens, it's obvious Ed may be the last to know what's going on, even as Tori goes smashing her shopping cart into him at the supermarket in an obvious attempt to get him to notice her new boobs.

That being said, few ways are crueler for a husband like Ed, who loves Maddie dearly and is a stand-up guy, to learn his wife was cheating because she and Abigail are loudly discussing it in the kitchen.

It's a pretty painful moment, especially since Maddie's reaction is to tell him he misheard, a lie so obvious she can't even pull it off. That Ed manages to walk out of the room with his dignity intact, announcing he's going to get his hearing checked is a serious win.

When Ed comes back, Maddie does everything she can to try and make the issue turn into water under the bridge. She goes for all the obvious clichés, from "it's not you, it's me," to "we should get couples counseling." But for all her franticness not to blow up her second marriage, it may be too late. Ed is done being treated like a doormat by his wife, not to mention Nathan threatening to use him as a punching bag.

He deserves better. Ed walks out, announcing they are done.