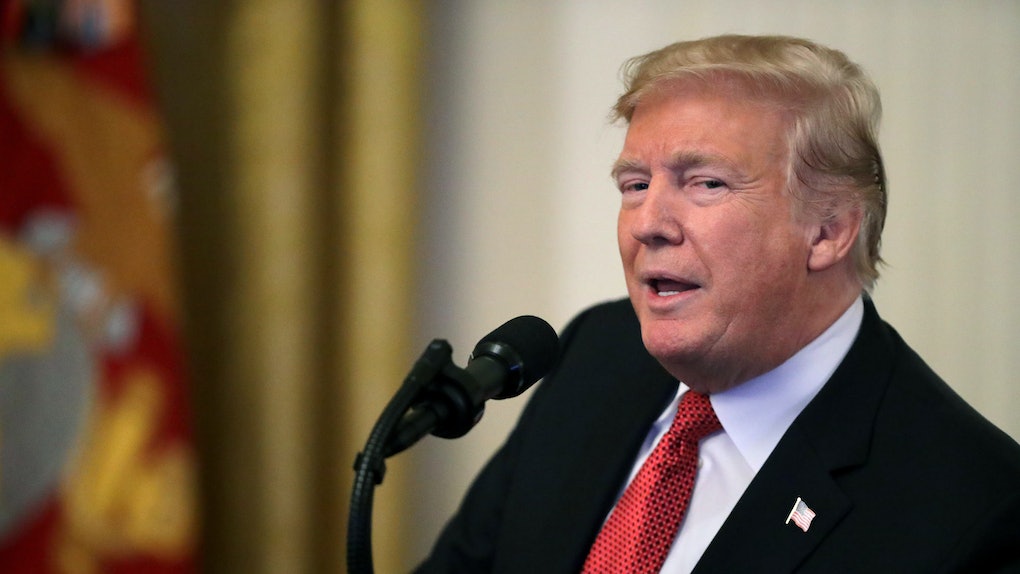 Will Congress Investigate Trump's Taxes After The Midterms? It's Not Impossible

Over the course of his presidency, Donald Trump has repeatedly refused to disclose his taxes and other financial information. But now, Democrats have seized control over half of Congress, which gives them the long-awaited power of subpoena and investigation into what Trump may be hiding, if anything at all. So will Congress investigate Trump's taxes after the midterms? There's definitely a chance.

Since Democrats regained control of the U.S. House of Representatives on Tuesday, Nov. 6, there has been increased speculation that there will be a probe into President Trump's finances, including his tax returns. The speculation comes just over a month after Rep. Richard Neal (D-Massachusetts), who will take over the House Ways and Means Committee with a Democratic majority, told The Wall Street Journal in October that Democrats would, indeed, seek Trump's tax documents if they claimed the House. “We will do that,” Neal said.

But when it comes to Trump's finances, it looks like House Democrats have other priorities. For now, they're seemingly eyeing his financial relationships as a whole — specifically, his and his family's relationship with Deutsche Bank, per The Hill. In 2017, the bank was hit with an enormous penalty by the Justice Department for laundering money from Russia — the same country being investigated for possible collusion with Trump's 2016 campaign. Rep. Maxine Waters (D-California), who is in line to become chair of the House Financial Services Committee when Democrats take control of the chamber in January, has pledged to look into the president's relationship to the bank, she said in an interview with The Hill on Nov. 8. The plans, however, have already met backlash.

According to The Hill, the Treasury Department and Deutsche Bank have already refused to comply with Democrats' request for records. The president himself even offered an incendiary warning to Democrats who try to investigate him in a tweet posted on Nov. 7. He wrote:

If the Democrats think they are going to waste Taxpayer Money investigating us at the House level, then we will likewise be forced to consider investigating them for all of the leaks of Classified Information, and much else, at the Senate level. Two can play that game!

It's not immediately clear what "leaks of classified information" President Trump is referring to in his tweet, and the White House did not immediately respond to Elite Daily's request for clarification of the tweet.

The topic of Trump's tax returns has been discussed for years. As a presidential candidate in 2016, he broke with longstanding political tradition by refusing to publicly release his income tax filings. Since then, he's routinely insisted that he won't release information about his taxes because they are under audit by the Internal Revenue Service (IRS) — even though IRS officials have said audits don't restrict taxpayers from releasing their returns. The latest refusal came in a Nov. 7 press conference, with Trump repeating his comments about the documents being under audit. He also claimed that he was keeping the returns private because the documents are too complex for people to understand, according to The Hill.

Now that Democrats have full power to dig into his finances more thoroughly, an investigation into his tax returns seems more than likely. Looks like it's just a matter of when at this point.