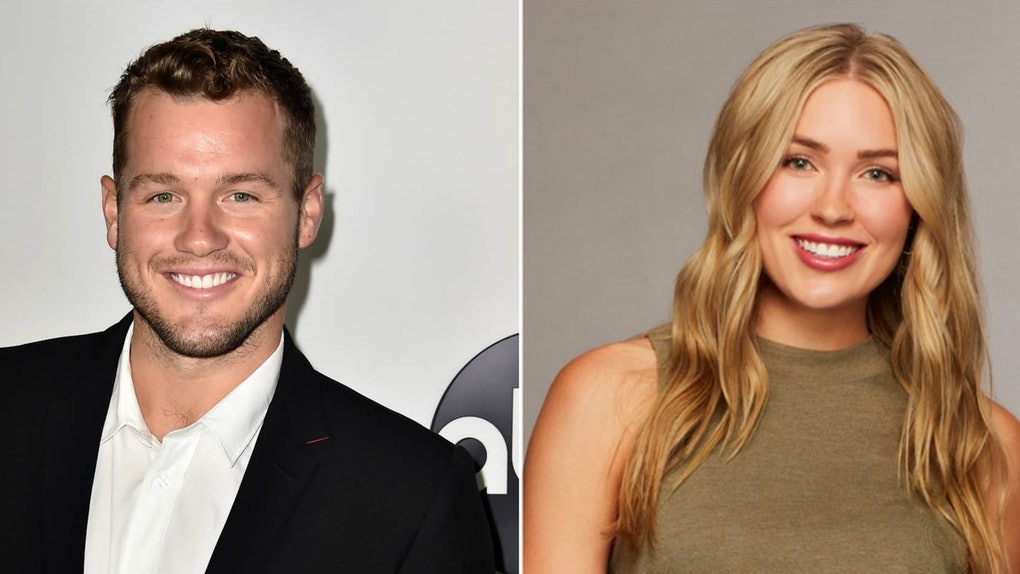 Will Colton Underwood & Cassie Randolph Get Engaged? He Just Dropped A Major Clue

Hello, happy Wednesday, we need to talk about this Bachelor finale. In case you’re living under a pop culture rock and have somehow missed it, America’s favorite football-playing, fence-jumping virgin has found true love with Cassie Randolph. But there’s no ring in sight just yet, which has a lot of people wondering… will Colton Underwood and Cassie Randolph get engaged? What are their future plans? They’re apparently happily in love, but Bachelor nation has a whole lot of questions for this duo.

To catch you up to speed… last week, viewers watched as Underwood jumped a fence and ran off into the night after Randolph told him she didn’t see herself falling in love with him. Tayshia Adams and Hannah Godwin, the two other women in the running, both had stronger feelings for Underwood, but he ultimately decided to break up with both of them in Algarve, Portugal to follow his heart and chase after Randolph. He showed up at her door, asked her to give their relationship another chance, and after a meeting with the family and a private date in Mallorca, Spain, Randolph was (hesitantly) back on board.

Fast forward to last night’s After The Final Rose special, when Underwood and Randolph both assured Chris Harrison that they are “in love” and doing better than ever. Apparently time away from the cameras has been really good for them. But we also learned that there are no wedding plans at the moment — they’re still strengthening their bond before taking that step.

So what’s in store for these two in the coming months and years? Buckle up, friends, because Underwood just gave us a major hint in his latest Instagram post.

Yes, you’re reading that correctly. He called Randolph his “future fiance” and “future wife” in his Instagram caption. Regardless of how hesitant she might be feeling, Underwood is clearly all in and ready to put a ring on it. He’s planning a life with Randolph “together… forever.”

Am I the only one who read this and felt a bit stressed out? Underwood has never been shy about expressing his feelings for Randolph, but she hasn't always been at the same level. Thankfully, though, her feelings appear to have grown in the months following the show's filming. Randolph told People that she and Underwood “definitely talk about our future engagement” and are “both excited to get to that point.” So I guess she’s feeling more confident in their relationship now?

Twitter, as always, had thoughts. Some people are cheering on the happy couple, while others can’t get over the lengths Underwood went to secure Randolph’s affection. Is it true love, or just a made-for-TV commitment?

Jokes aside, though, I really do hope things work out between these two. They definitely have an unconventional love story, and I’m glad they decided not to jump straight into an engagement after such a tough reconciliation on the show. From the looks of it, Randolph has grown to love her man deeply, and she believes her love will only continue to grow. Her sweet Instagram post about him reveals that she’s grateful for his pursuit of her and for the love he has continued to show.

So while we don’t know when these two will be making their trip down the aisle, I think it’s safe to say (for now at least) that a wedding in is the future. That iconic fence jump — and all those tears — just might have paid off for Underwood, even when things weren’t looking so good for him toward the end of the show. And as for his virginity... I think we can assume that V-card is off the table, too.