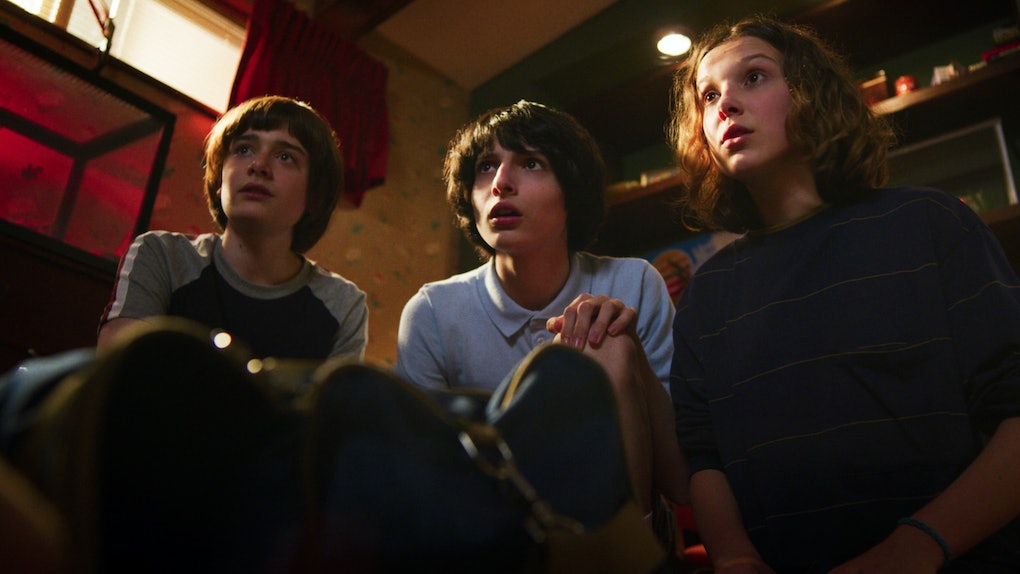 Will Chernobyl Be In 'Stranger Things 4'? This Theory Could Tie Everything Together

As more viewers join the Stranger Things Season 3 finish line party singing The NeverEnding Story theme, attention turns to if there will be more episodes. Netflix has not yet said if the show will get another season order, but with a reported 40 million accounts streaming at least part of the new season over the Fourth Of July weekend, it seems inevitable. But what will the new season focus on? Will the show return to Russia in 1986? If so, will Chernobyl be in Stranger Things 4? Can Netflix shout out to HBO's hit miniseries and cast Stellan Skarsgård if it does?

So far, Stranger Things has stuck to the idea of doing the show "Harry Potter-style" with one season per year, even if the series only covers the events of a few days, and not always during the school year. (Season 3, for example, begins on Monday, July 1, 1985, and ends on Friday, the morning of July 5, with a coda set at the end of the summer.) This means Season 4 will take place in 1986.

However, because Season 3 is a summer season, this means Season 4 has the ability to take place during the school year to come, where Mike, Lucas, Max, and Dustin are in 9th grade in Hawkins, El and Will are in 9th grade in their new city, and Nancy and Jonathan have yet to graduate as high school seniors.

If so, that would place the new season in the spring of 1986, which considering the show's ongoing Russian connection, is a significant moment in history.

For those who did not tune in to HBO's hit miniseries a few weeks back, the Chernobyl disaster occurred in the wee hours of Saturday, April 26, 1986. HBO's production concentrated on the reality of what went down behind the Iron Curtain and the disinformation campaign spread by the Russian government. Over the five episodes, viewers watched as citizens were left in the dark about the danger for weeks.

On the other hand, less than 48 hours in, those in western Europe were not only aware of the disaster, but had a good idea of the size and scale of the crisis. Though HBO didn't explore it, by Monday, April 28, the US was in full-scale hysteria that a potential planet-wide catastrophe was happening right under everyone's noses.

This seems a bit of a heavy subject for the new season to tackle. Though Stranger Things loves to play with horror tropes, the scenes with Russian interrogators turned into a comedy. The focus isn't torture, it's Steve and Robin stoned out of their minds on the MDMA "truth serum" they had been given.

The fallout from the Chernobyl cover-up would be an excellent reason for those who are studying the Upside Down in Russia to suddenly find themselves in crisis. It could even be necessary to beat a hasty retreat from the Kamchatka peninsula. (That's where the post-credit scene supposedly takes place.) The scientists and their "American" prisoner could head across the Bering Sea to Alaska, or better yet, Hawkins, Indiana.

All fans need now is for Netflix to greenlight Season 4.