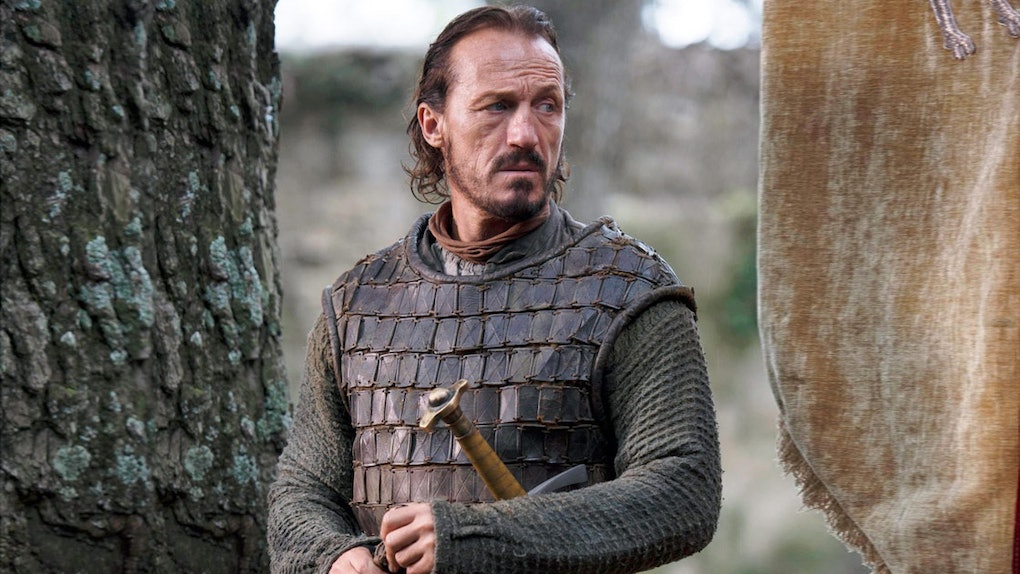 Will Bronn Be In 'Game Of Thrones' Season 8 Episode 4? Here's What We Know

Now that the Battle of Winterfell is over, the Game of Thrones characters have completed the major business they had to do in the North. They've defeated the Night King and protected all of humankind. So, now it's time for the story to head back south to King's Landing for the remaining three episodes of the series, and it's there that audiences will be able to check back in with who sat out during the big battle with the dead. But which characters will be in the next episode? After his cliffhanger scene in Season 8 Episode 1, will Bronn be in Game of Thrones Season 8 Episode 4?

The last time audiences saw Bronn, he was being faced with a tough decision in the Season 8 premiere. His brothel visit was interrupted by Qyburn, Hand of the Queen to Cersei Lannister. Qyburn came to Bronn with a proposition: Cersei will give Bronn several chests of gold if he kills her two brothers, Jaime and Tyrion. To add even more "poetic justice" to the situation, as Qyburn puts it, Cersei requests that Bronn do the deadly deed using the same crossbow that Tyrion used to kill the Lannister children's father, Tywin.

Killing two of fans' favorite characters is reason enough for audiences to turn against someone, but in Bronn's case there's even more to the story. For several seasons, Bronn was Tyrion's right-hand man. He even once defended Tyrion in a trial by combat. Later on, Bronn teamed up with Jaime and helped him when he traveled to Dorne to rescue the princess Myrcella. So if Bronn were to kill Tyrion and/or Jaime, it would represent a huge shift in his alliances. It would also probably make him a much less likable character.

Jerome Flynn, who plays Bronn, recently spoke to INSIDER about his fear that audiences will turn against Bronn in the final season of GOT. He said:

I don't know, they might not love him as much as they do right now. But I hope they still do. He is who he is and what he says, isn't he? And he'll do what he needs to get his castle.

While Bronn has had some friends and acquaintances throughout the series, he is still always mainly motivated by wealth. Bronn has always said that he chooses to work with whoever will give him the bigger reward. So if Cersei is offering him plenty of gold, there's a good chance that he'll take her up on the offer and go through with the Lannister murders.

Then again, Bronn will usually simply go with the higher bidder for his services. So if Tyrion and Jaime can beat Cersei's offer, then Bronn might return to their side in the sibling feud. In fact, back in Season 1, Tyrion alluded to his interest in always keeping Bronn on his side, no matter the cost. In GOT Season 1 Episode 8, Tyrion tells Bronn,

Though I would treasure your friendship, I'm mainly interested in your facility with murder. And if the day ever comes where you're temped to sell me out, remember this: Whatever the price, I'll beat it. I like living.