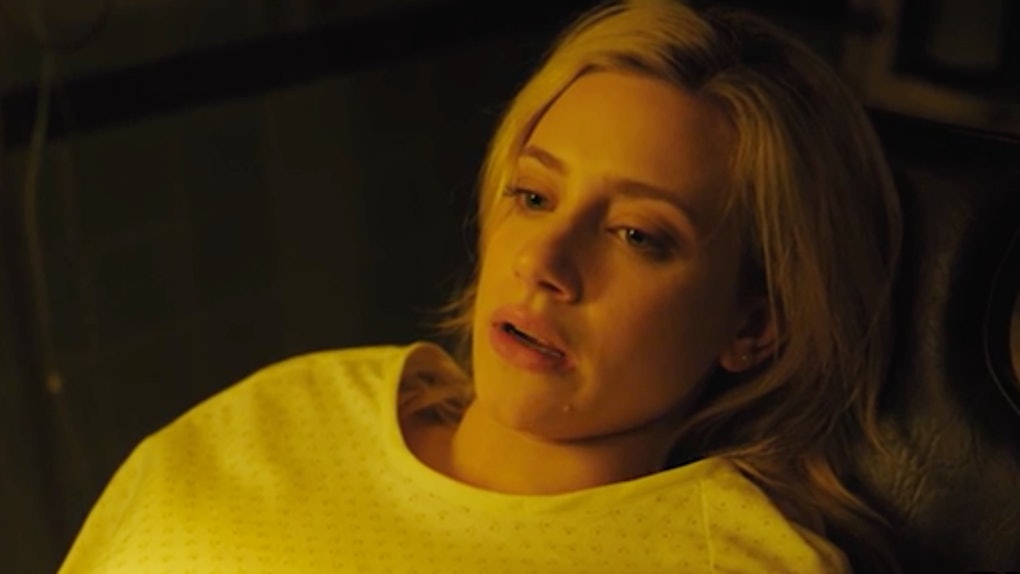 Will Betty Die On 'Riverdale'? Season 3 Episode 21 Ended With A Dire Situation

The Farm has been one of the central mysteries that has confused everyone throughout Season 3 of Riverdale, but at long last, Wednesday night's new episode finally revealed the truth about the enigmatic cult. But that revelation may come at a lethal price. Spoiler alert: This post contains spoilers from Riverdale Season 3 Episode 21, "The Dark Secret of Harvest House." The terrifying final moments of the new episode have fans worriedly wondering will Betty die on Riverdale.

After months of fan theories and predictions, the secret behind Edgar Evernever and The Farm finally came to light during this Wednesday's new episode. After Betty agreed to join Edgar's cult, he wasted no time in starting his "treatment" on her, and we quickly learn how Edgar has been able to allow his followers to see their dead loved ones. Edgar hypnotizes Betty to see Polly as another version of herself, who tries to convince Betty that she is a serial killer waiting to happen. Luckily, Betty is able to see through Edgar's hypnosis act by fashioning earplugs out of some candle wax.

Soon after that, Betty figures out why Edgar really goes through all this trouble to hypnotize people: The Farm is actually a super creepy organ collection operation. Yeah, I know... nobody saw that coming. Basically, Edgar hypnotizes his followers to gain their devotion, then he offers them a ritual that promises to remove all the pain in their life, but actually, this "ritual" is a surgery to remove kidneys. Betty is able to find Edgar's secret compartment full of organs to prove that this is true, and also sees that he has been selling these organs for a huge profit, which explains his motive.

Unfortunately, Betty discovers all of this too late to save Kevin and Fangs from giving up their kidneys, but she does manage to snap Cheryl back to her senses. Cheryl is able to save Toni just before she is about to undergo surgery, and although Toni makes it out of The Farm safely, Cheryl is caught at the last second and dragged back into the cult. Likewise, Betty is also captured by Kevin and Fangs when she is unable to convince them that they need to leave The Farm.

That is what leads to the most frightening scene of the episode. Betty Cooper is now strapped into a chair as Edgar Evernever prepares for surgery on her, and the last that we see of Betty is her getting a gas mask put on her face. Needless to say, things are not looking good for Betty. Edgar knows that she knows his secret, and now he has an ample opportunity to kill her. But would Riverdale actually kill off one of its main stars? Anything is possible, but that does not seem too likely. Plus, we have seen Edgar show a strange affinity for Betty in the past, notably being transfixed on getting her to join The Farm. It feels like Edgar probably wants to keep Betty alive for some reason, which we will hopefully discover in next week's Season 3 finale.