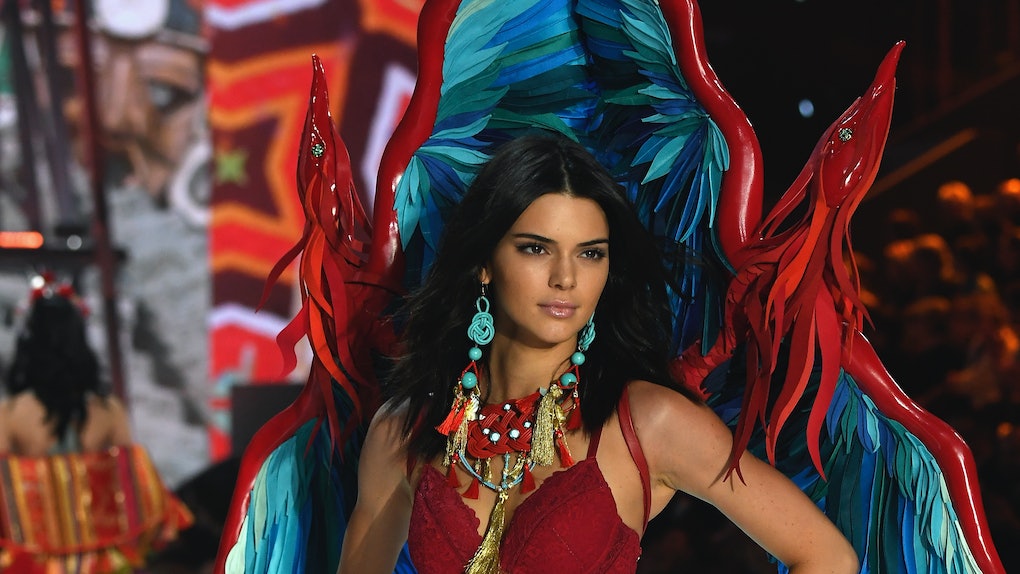 Why Isn't Kendall Jenner In The 2017 Victoria's Secret Fashion Show? Fans Are Wondering

The 2017 Victoria’s Secret Fashion Show has become a definite do-not-miss event every year and it honestly never disappoints. While there are some models who are back for their umpteenth time on the runway, one name is noticeably absent and it’s got people wondering: Why isn’t Kendall Jenner in the 2017 Victoria’s Secret Fashion Show? As it turns out, a contractual obligation may be to blame.

TMZ reportedly has the answer to that question, with sources telling the site that Jenner was unable to attend auditions for the Victoria's Secret show because of her contract with La Perla, an Italian brand that includes lingerie. That could be a definite conflict of interest.

Bummer. This would have been Jenner’s third time in the Victoria’s Secret Fashion Show. While she hasn’t addressed this year's VS show, she did post a pic on Instagram wearing the La Perla lingerie, captioning it: "Write to me @laperlalingerie #LaPerla_Ambassador.”

Some fans have been hopeful that Jenner could still possibly show up on the runway, with one person tweeting: “i really want to see kendall walk this year but its not going to happened bcs she's already working with La Perla. but im still wishing that she's going to replace the models that cant go to china bcs of some problem. but i know thats not gonna happened.”

Jenner’s pal, Gigi Hadid, also won’t be in this year’s Victoria’s Secret Fashion Show, as she tweeted: “I’m so bummed I won’t be able to make it to China this year. Love my VS family, and will be with all my girls in spirit!! Can't wait to tune in with everyone to see the beautiful show I know it will be, and already can't wait for next year! :) x.”

So, what happened? Though there has been no official reasoning from Hadid or her team, it’s rumored that Hadid won’t be there because of backlash over a video of her posted by sister Bella that many found offensive, according to the Daily News. Many fans believed the video, posted in February, showed Hadid supposedly mocking Asian people. Hadid later apologized in September, writing on the Chinese social media site Weibo:

It hurts me to hurt anyone, and I want you all to know that it was never my intent to offend anyone through my actions and I sincerely apologize to those who were hurt or felt let down by me. I have the utmost respect and love for the people of China and cherish the incredible memories I have made while visiting in the past. I have learned to be very careful of how my actions can come off or be portrayed and I’m hopeful you’ll accept my apology.

According to a press release from Victoria's Secret, the 2017 show promises great things:

Merging fashion, fantasy and entertainment, the lingerie runway show will include pink carpet interviews, model profiles, a behind-the-scenes look at the making of the show and musical performances that will be announced at a later date.

While Jenner and Hadid won't be there (sad face), the show will be pretty epic. Take a look at who Victoria's Secret lists as the runway talent:

Lais Ribeiro will be wearing the legendary VS Fantasy Bra, called the Champagne Nights Fantasy Bra. Check it out: