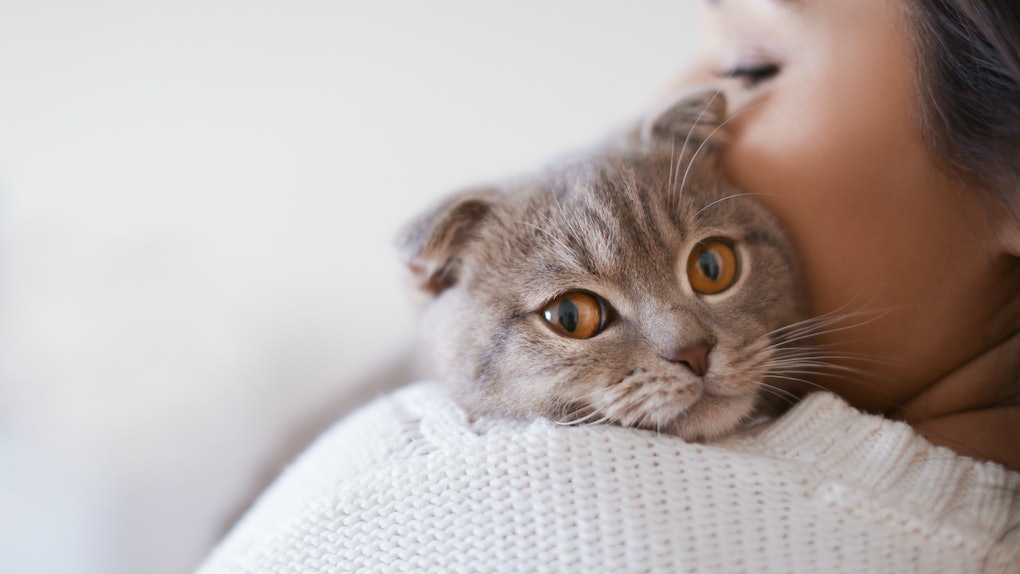 Why Don’t I Have The Cat Face Filter? It’s Not Very Easy To Find

If you've been on social media the past couple days, you've probably seen the feline-inspired filter that's been breaking the internet with its ability to turn you into a cat — and freak out your own kitty in the process. The feature — which originally debuted on the Chinese version of TikTok, Douyin, according to The New York Post — has now launched a similar version on Snapchat, making it easier for users based in the U.S. to get in on the fun. Here's where to find the cat face filter on Snapchat if you're ready to start playing with the lens.

There's a pretty high chance that Snapchat users might have seen their friends testing out the feature and scaring their four-legged friends over the past few days. On Nov. 18, Twitter user @jesshipma debuted one of the first videos using the U.S.-based Snapchat cat lens on the social media platform, and I'm sure countless people have transformed themselves into furry-faced, whisker-sporting individuals since then. However, the cat face filter is not that easy to find, as you won't be able to access it in your main Lens Carousel until you actually try it on.

Here's how to find the cat filter if you're still at a loss. First, you'll want to open up your Snapchat app before going to your Lens Carousel and selecting the smiley face icon on the right. From there, you can head to the Snap Lens Explorer by selecting the magnifying glass icon. Once you're there, you'll want to search "cat" at the top and scroll down until you see the version from Joe Speaker.

From there, you'll want to tap "Try Lens" and voila, you'll have it in your carousel to play around with until you want to get rid of it. However, considering how much fun people are having with it, I have a feeling that won't be for a while.

Some people also had their pups get in on the fun.

From a first glance, it looks like the original Douyin filter may be a little bit more realistic than the Snapchat version, as it'll fit over your whole face and the graphics are more advanced, but I have a feeling that you'll still be able to have plenty of fun and freak out your pets with the lens that's available on Snapchat.