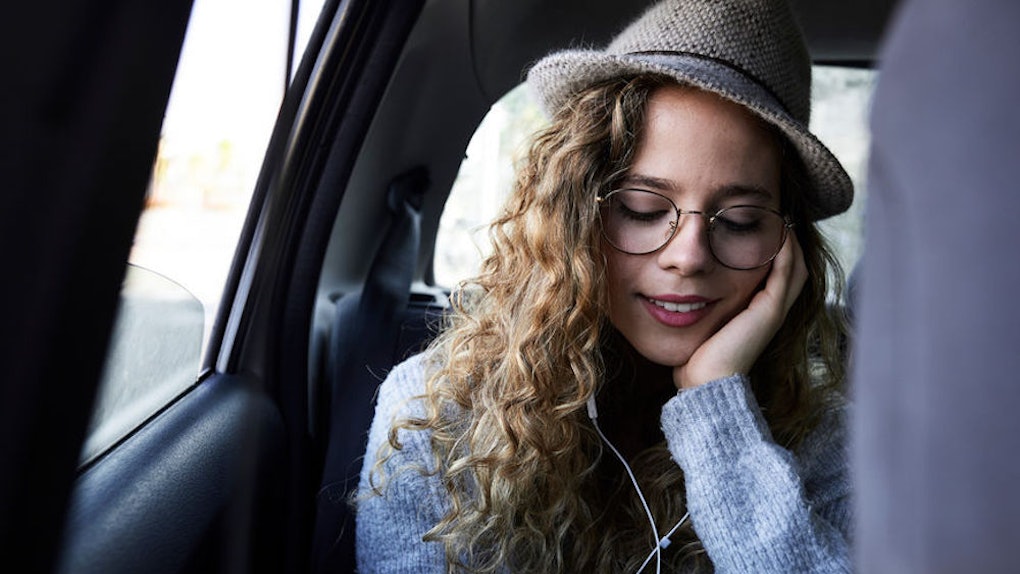 Why Does Motion Sickness Happen? An Expert Breaks Down Everything You Need To Know

I've always been jealous of people who could read in the car or on the train. Whether I'm taking the bus to the store or going on a road trip, I can't look at my phone or pull out a book without feeling suddenly nauseous. Over the years, I've figured out things that help a little, like munching on a salty snack and keeping the temperature cool, but for me, motion sickness is pretty much inevitable if I'm traveling for more than a couple of minutes. Why does motion sickness happen in the first place, though? While the causes can vary, it all traces back to your eyes and your ears, strangely enough.

"Motion sickness typically begins with a queasy feeling that can quickly lead to dizziness, nausea, and vomiting," Eric Johnson, PT, DSc, a professor and neuroscience research laboratory director at Loma Linda University, tells Elite Daily in an email. "[It] is caused by our brain's inability to resolve conflicting information from different parts of the body, including the eyes and the inner ear." For example, if you're traveling on the expressway, your eyes can see that you're moving very fast, while your other senses don't detect as much motion, so the systems get a little confused.

While about 30 percent of people experience motion sickness, per the National Institutes of Health's Genetics Home Reference, Johnson says that certain people are more susceptible than others, including women, children, people who suffer from migraines, and people who take certain medications.

What's really interesting about motion sickness, though, is that it's possible to "grow out of it," so to speak. In other words, according to Johnson, many people who experience motion sickness as children often find that it's no longer an issue once they get older. However, if you don't struggle with motion sickness now, you may not necessarily be out of the woods. "On the other hand, people can 'grow into' motion sickness," Johnson tells Elite Daily, "especially with extended periods of inactivity, as often occurs in older adults or because of illness."

But if you can't take a road trip without feeling sick to your stomach, not all hope is lost. To address the issue, Johnson suggests trying a little exposure therapy; in other words, try to do whatever activity it is that gives you motion sickness on a regular basis, and gradually increase the time you spend in motion, he explains, so your body can feel more accustomed to it.

Another way to keep motion sickness at bay, says Johnson, is to keep your eyes focused on the horizon when you're traveling in a car or on a train. Additionally, he suggests you try to snag either the driver's seat or the front passenger spot, if you're able to, as you're more likely to feel queasy sitting near the back of a vehicle.

If you know for sure that you usually encounter motion sickness on the bus or the train, do your best to face whichever way the vehicle is heading instead of facing backward, Johnson adds. "Other tips include shifting your thoughts away from the symptoms, distracting yourself with music, getting fresh air, and eating small meals on long trips," he explains.

While motion sickness is relatively common, it doesn't mean you shouldn't bring it up with your doctor. According to Johnson, it's best to seek medical attention if you're left with motion sickness symptoms like nausea or vomiting long after you've gotten back on your own two feet.

It's also a good idea to check in with your doctor if you feel like your motion sickness symptoms are significantly affecting your quality of life, especially if you've tried a variety of ways to try to prevent it, says Johnson. "Some forms of motion sickness, or general motion sensitivity," he says, "can be effectively treated with a variety of strategies, including medication and physical therapy."