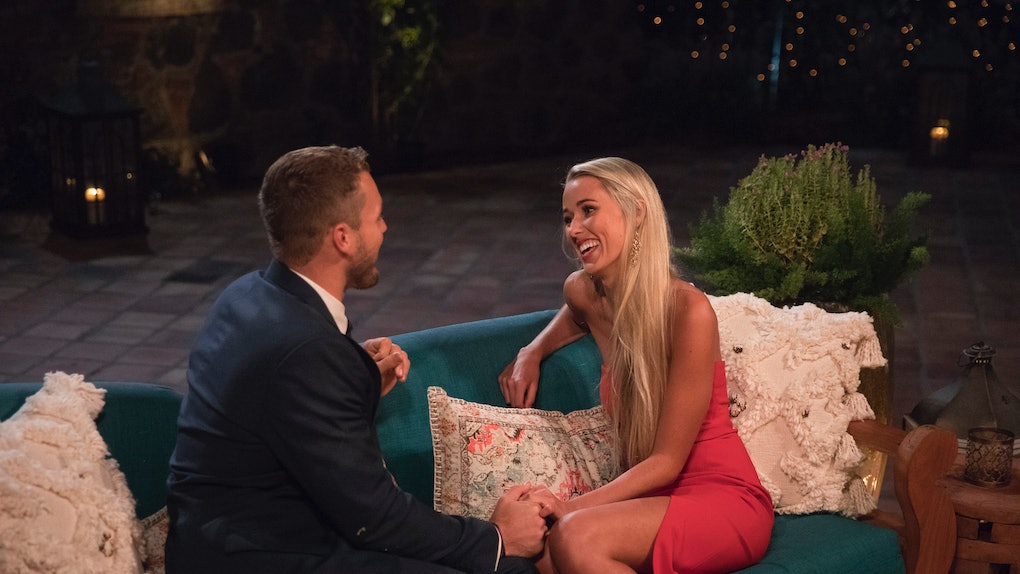 Why Does Heather Leave 'The Bachelor'? She & Colton Weren't On The Same Page

With only seven women left on The Bachelor, both Colton and the ladies know that things have gotten more serious. This week, Colton took the ladies back to his home state of Colorado, where he showed them some of his favorite spots and even introduced all of Bachelor Nation to his family. Colton went into this week determined to weed out anyone who wasn't on the show for the right reasons, aka wanting to marry him at the end of the season. So, why did Heather leave? It turns out that she wasn't as serious about her relationship with Colton as he would have hoped.

Heather began this season with far less experience than any of the other ladies on the show. In fact, her official job title for much of the season was "never been kissed." Of course, that title changes once she shared her first kiss ever with Colton while on a one-on-one in Thailand. But apparently, even though Heather shared her first kiss with Colton, she still wasn't completely sure that she wanted to move forward with him. The hometown visits are next week, which means that Colton meets the ladies' families. Heather didn't feel ready to introduce Colton to her parents, so she told him she didn't want to move forward to the hometown visits.

Heather began the week expressing some nerves about introducing Colton to her family because it's such a big step. Unfortunately, those nerves did not ease up as the week went on. When Heather joined Colton on the group date, she took him to the side for a private conversation to make sure they were on the same page before hometowns. "I don't think it's fair to take you to my hometown if I don't know I'm ready for that," Heather told him, and Colton agreed that that wouldn't be a good situation for him to meet her parents. So, Heather waved goodbye to Colton from the very same train he rode to the date on. Talk about a dramatic exit.

Many of the women this season are young, but Heather is the youngest at only 22 years old. Between her young age and her lack of experience in relationships, it makes sense that she might want to explore what's out there more before she takes things to the next level with Colton. Katie, Sydney, and Demi all warned Colton that some of the women left this season were not ready for marriage. While that warning rattled Colton, Heather leaving shows that it was a warning worth heeding. Colton has said that he doesn't want to end up with someone who isn't ready to make a commitment to him, and Heather made it clear that she wasn't ready for Colton to meet her family. Next week, Colton will get the chance to meet the families of the four remaining ladies, and hopefully he'll find that one of them is ready to take the leap with him.