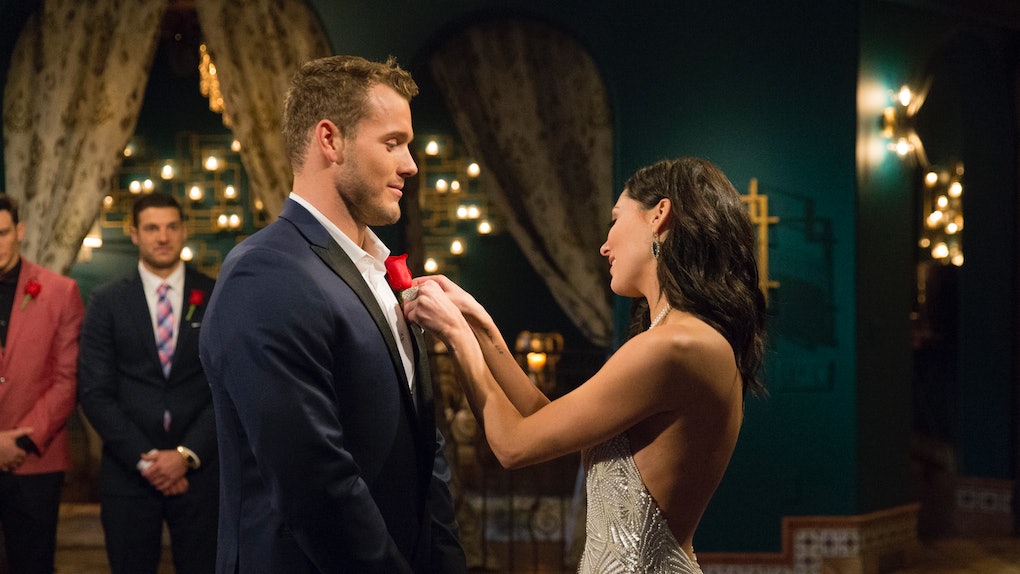 Why Did Colton & Aly Raisman Break Up? The 'Bachelorette' Contestant Has A Famous Ex

If you participated in Bachelor Nation's customary social media stalking of new Bachelorette contestants once Becca Kufrin's men were revealed, you may have known about frontrunner Colton Underwood's romantic past before the season premiered. The former pro football player dated gymnast Aly Raisman soon after her success at the 2016 Rio Olympics, and the famous connection has Bachelorette fans shook. Clearly, Colton has moved on from this relationship, but why did Colton and Aly Raisman break up? It turns out that their split was quite amicable.

While Colton joins Clay Harbor as Season 14's pro football representatives, he stood out in his initial introduction by discussing the charity he now runs after an injury forced him to quit football. At 26, he's right at that point where a guy is either still in his frat bro stage or is ready to seal the deal with his girlfriend. If his relationship with Aly is anything to go by, Colton may fit more into the latter group.

After Aly returned from her victorious run at the 2016 Summer Olympics, the media called the then-22-year-old's attention to Colton's public attempts to ask her out on a date. The two already had mutual friends in common – Colton's old NFL teammate Andrew East is married to former U.S. gymnast Shawn Johnson. In what became a viral video, Aly reacted slyly to a clip of Colton, then an Oakland Raiders player, asking about going on a date with her. The tech-savvy gesture clearly made an impression on Aly, because she agreed to the hypothetical date on camera.

ESPN later reported that the two secretly began dating soon after meeting for the first time in Denver. Their whirlwind first meeting sounds like it came right out of a Bachelor 101 guidebook, with Aly telling PEOPLE:

We happened to both be in Denver at the same time. I was there for less than 12 hours, he was flying in for just a few days. It just ended up working perfectly.

Putting any other famous athlete couples to shame, Colton and Aly were Instagram darlings throughout their relationship, posting swoon-worthy photos of themselves together. Admittedly, any guy who shares a photo with himself in the background and his girl front and center like Colton did gets a gold star from me.

Although they were a long-distance couple training for their own sports across the country from each other, the physical separation didn't seem to prevent Aly and Colton from seeing each other often. However, reports of their breakup first appeared in June 2017, with Colton telling the Peoria Journal Star:

We’re taking a break right now. We’re still good friends and talk, but all that travel had been a nightmare. It ended fine. We’re in a good place...It put a lot of pressure on us, sure, but we had fun with it. A lot of fun date nights. Those six months were great.

Colton's response about his breakup definitely suggest that he's among the season's more mature men, but to be fair, Aly has yet to comment on his role on The Bachelorette. I'll save my real judgment of him once Aly shares what she thinks about her ex being on TV. It's safe to say that if she sends out her blessing, Colton could be a genuine guy worth keeping an eye on this season.

Meanwhile, we have brief glimpses of Colton in the season's teaser to help us determine how he fares in the quest for Becca's heart. At one point, he makes out with Becca, and later in the preview, he tells her that he's in love with her. He claims he's a virgin too, but male model Jordan isn't too sure about that little factoid. Whether or not that's true, I'm still willing to bet that Colton makes it farther in the season than Jordan does. That means you have plenty of time to tweet a subtle statement, Aly!