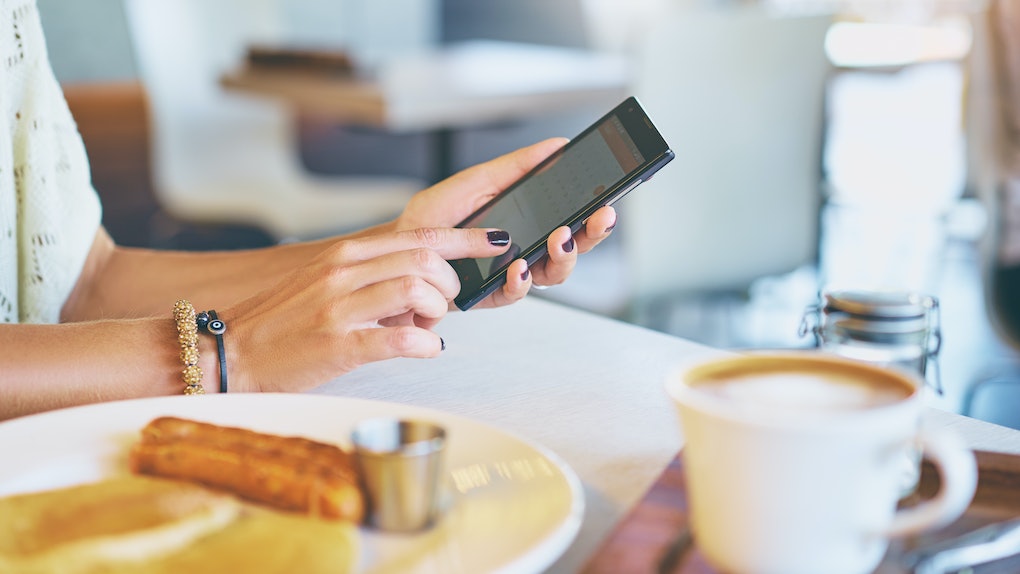 In case you haven’t heard, or you haven't used your smartphone’s GPS application over the last week or so, Google Maps was caught food-shaming its users, and the internet really didn't take it well. Look, it’s problematic enough that our overall culture tends to promote unhealthy eating habits and impossible beauty standards, but now we have to worry about our technology sneaking unsolicited, unhelpful "advice" across our screens? The Google Maps calorie counter displayed how many calories you could burn if you walked instead of drove to your destination, as well as how many mini-cupcakes said calories would add up to. In the year 2017, I shouldn’t have to tell you why this is absurd, considering there are so many reasons why counting calories doesn’t work and how it could potentially be harmful to someone’s mental health.

TechCrunch reports a Google Maps representative stated that, on average, a person "burns 90 calories by walking one mile." To further put this into perspective in terms of food, the designers behind the feature took it upon themselves to also translate calories into how many desserts walking from point A to point B would burn off.

I can (kind of) understand why Google would assume this type of feature would be of interest to people looking for an incentive to get active, but that's a very specific, tight-knit demographic, and, potentially, a very dangerous assumption to make. What's more, apparently the calorie counter appeared without a) a warning and b) an option to disable it. I don't care how #TeamFit you are, nobody wants unsolicited health advice.

And you better believe Twitter was not having it with the new feature.

And Google was clearly paying attention to the backlash. The company released a statement to BuzzFeed on Oct. 16 that the feature was "a test for iPhone users only," and in response to "strong user feedback," would be removed that night.

And TBH, Twitter users kind of had it right in their responses; counting calories is a pretty bogus strategy when it comes to healthy living.

A calorie is a unit measurement of heat energy derived from macronutrients (fats, carbohydrates, and proteins) that fuels the human body. Every body is different, which means every body requires a specific amount of calories in order to feel satiated and energized both in the physical and mental sense of the term.

Buying into the numbers game can be an extremely slippery slope, especially when it comes to your mental health. Rather than seeing food in terms of digits on a label, pay attention to what types of food you’re putting into your body. You’ve heard the term quality over quantity, right? This mantra can and absolutely should be applied to our meals. Caloric intake should be the least of your concerns, and, instead, the main focus should be on fueling your body with the healthy, nutrient-dense foods it needs to thrive.

Moreover, when you become so heavily focused on how much you "should" or "shouldn't" be eating, it's likely that you'll begin to dismiss, and eventually lose track of, hunger cues altogether — which, according to Women's Health, can potentially lead to "a preoccupation with food."

I hardly doubt that the masterminds behind the Google Maps calorie counter had any intention to develop a feature users would describe as triggering, but counting calories can really mess with a person’s head and have a lasting impression on their relationship with food.

For those who either struggle or have struggled with, or are simply impressionable to disordered eating habits, counting calories turns your body's energy source into something that should be calculated, something hyper emotional, and in extreme cases, something to be feared.

According to Eating Disorder Hope, counting calories is often a root cause in eating disorders. People usually start counting calories to become more aware of how much they're eating, rather than concerning themselves with what they're eating. This can lead to restrictive behaviors, and can eventually morph into disordered eating and/or serious mental illnesses such as anorexia and orthorexia.

The problem is not that Google Maps decided to test out a calorie counting feature. The real problem is that it was launched without user consent or consideration. All in all, I'm glad Google has acknowledged user feedback and realized their mistake. Here's to hoping that someday, we'll live in a world where something like this simply doesn't happen, or won't even remotely be deemed necessary, because in all honesty, it's really not.