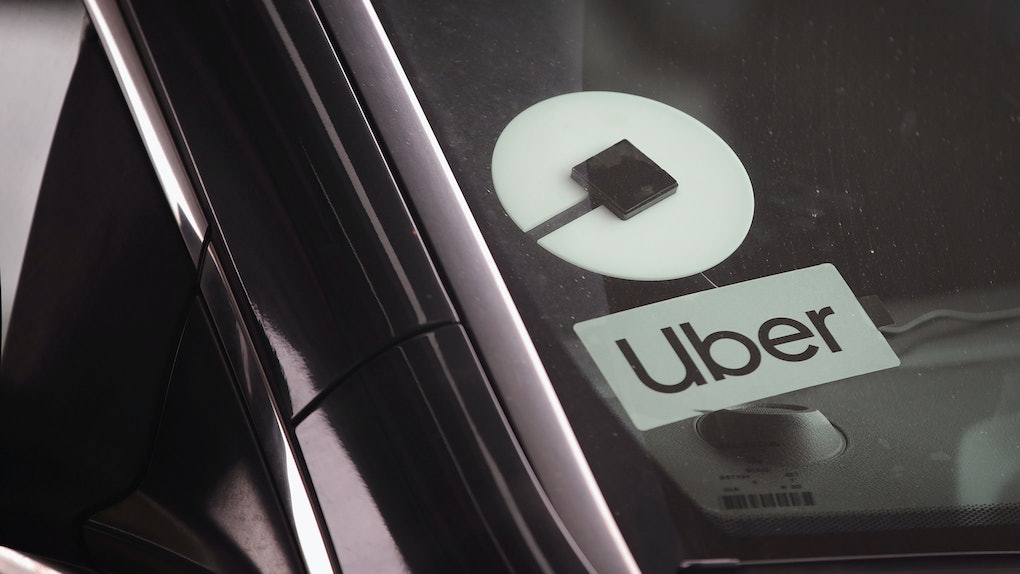 Why Are Uber & Lyft Drivers Striking On May 8? Here's What To Know

You might want to rethink your daily commute — at least, for a day. On Wednesday, May 8, Uber and Lyft drivers across the world are planning to go on strike for anywhere between two and 24 hours in an effort to call for better wages and protections. It's the first mass strike in the rideshare industry, and if you're a regular Uber user, you'll want to know about it. Why are Uber and Lyft drivers striking on May 8? Here's what to know about the strike.

Uber and Lyft drivers are coming together to strike in several cities across the U.S. like New York, New York; Philadelphia, Pennsylvania; Boston, Massachusetts; and Los Angeles, California on May 8 in an effort to protest the treatment of drivers, demand fair wages, and seek better job security, per USA Today. In some cities like New York, drivers are striking from 7 a.m. to 9 a.m. and in others, like Los Angeles, they're striking for 24 hours. Through the duration of the strikes, drivers will be logging off ridesharing apps on their phone.

The New York Taxi Workers Alliance (NYTWA), a labor union protecting drivers in New York, outlines three major strike demands in a press release: that the rideshare companies stop "unfair" deactivations of drivers, which they say could cause app drivers to lose their jobs at any moment; guarantee that drivers will earn 80 to 85% of the fare; and ending "upfront" pricing in which a rider may be charged a different amount than the driver is paid. Rideshare Drivers United, an independent association of rideshare drivers in LA which initially called for the strike, also demanded more transparency from Uber and Lyft. They called on the app service to show drivers the estimated fare payment and destination before drivers accept the trip; the right to organize without retaliation; and emission standards for all new vehicles added to the platforms. Uber drivers in the UK will also observe a boycott, per The Independent.

In a statement to Elite Daily regarding the strike, a Lyft spokesperson says,

Lyft Drivers' hourly earnings have increased over the last two years, and they have earned more than $10B on the Lyft platform. Over 75 percent drive less than 10 hours a week to supplement their existing jobs.

Uber's website echoes Lyft's stats suggesting that driving is a part-time job for most and refers to being a driver as a "side hustle" or something to help drivers "earn a little extra." The company did not immediately return Elite Daily's request for comment.

The strike will take place just one day before Uber goes public at a $90 billion valuation on May 9, 2019. Steve Smith from the California Labor Federation, an organization made up of 1,200 unions across representing workers across various industries, tells Elite Daily by phone that Uber's plan to go public will put the company "among the wealthiest corporations in the entire world," yet "[Uber and Lyft's] drivers, in many cases, are not even getting a minimum wage." According to a May 2018 report from the Economic Policy Institute, Uber drivers earn about $9.21 an hour after fees and expenses.

"The backbone of their business is the drivers, and they're simply not looking after their drivers' best interests," Smith claims. "In a lot of cases they're exploiting those drivers."

Smith says that it's not always a side-hustle for drivers. "The reality is [for] many of these drivers, this is their full-time job and they're just trying to make a living," he says.

For those looking to support Lyft, Uber, and other rideshare drivers with their strike efforts on May 8, the NYTWA has recommended a list of actions including spreading the word on social media, joining a rally after the strike in your city, distributing flyers, or making donations to unions protecting drivers. Per Smith, riders can participate in the strike by not using Uber or Lyft on May 8 and sending a message to the companies. According to Smith, people who want to participate should turn their Uber and Lyft apps off on May 8 to show solidarity with drivers.

It remains to be seen how the ride share companies will handle the strike. Stay tuned.