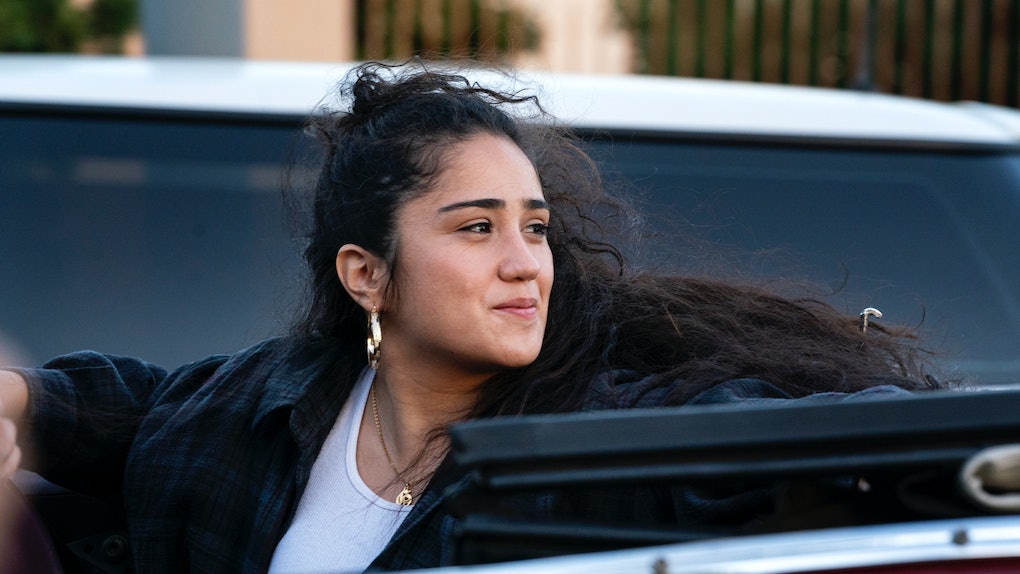 Who Plays Greta On 'Generation'? Haley Sanchez Is A Newcomer

One of the best parts of teen dramas is the opportunity to get to know exciting new Hollywood stars for the first time. That's certainly the case with Generation, which focuses on the wild ups and downs Gen Z teens during the 2020s. Of all the intriguing breakout stars on the show, there's one quiet character who's bound to leave viewers asking: Who plays Greta on Generation? Haley Sanchez is a scene-stealer.

HBO Max's new coming-of-age series focuses on the interlocking stories of several teenagers who are dealing with everything from d*ck pics to first hookups to figuring out their sexualities. From the beginning, high-school wallflower Greta (Sanchez) has a lot on her plate. Although she's living with her cool aunt Ana (Nava Mau), she has a rocky relationship with her single mom, who was recently detained by ICE. In the meantime, she's working up the courage to express her feelings for her crush Riley (Chase Sui Wonders), a confident photographer and fellow member of their high school's Gay-Straight Alliance Club.

Just like Greta is coming into her own onscreen, Sanchez is similarly rocking her big breakout role. In fact, Generation is the 24-year-old's first Hollywood TV project. Before the part of Greta, her only other acting credit listed on IMDB was a role in the short film Redress. She's also done work with the nonprofit organization Women in Film (which promotes gender equality in the entertainment industry), collaborating with them on projects like BFF and Redness and the Boarder.

Since Generation is hopefully the first of many TV roles for the actor, it's a good thing she's well-versed in all forms of entertainment. In particular, Sanchez has a soft spot for anime and manga. "I love Darling In The Franxx, My Hero Academia, and Studio Ghibli movies," she told Teen Vogue. Fans will have to wait and see if voicing an anime character is in store for Sanchez, but no matter where she goes next, the Generation star's future is looking bright.

New episodes of Generation air on Fridays on HBO Max.

More like this
'Generation' Star Haley Sanchez Hopes Greta & Riley Are Endgame — EXCLUSIVE
By Abby Monteil
Will Nathan & Chester Get Together On 'Generation'? That Voicemail Was A Lot
By Abby Monteil
This 2021 'Game Of Thrones' Season 8 Trailer Is So Confusing... & So Good
By Ani Bundel
Stay up to date