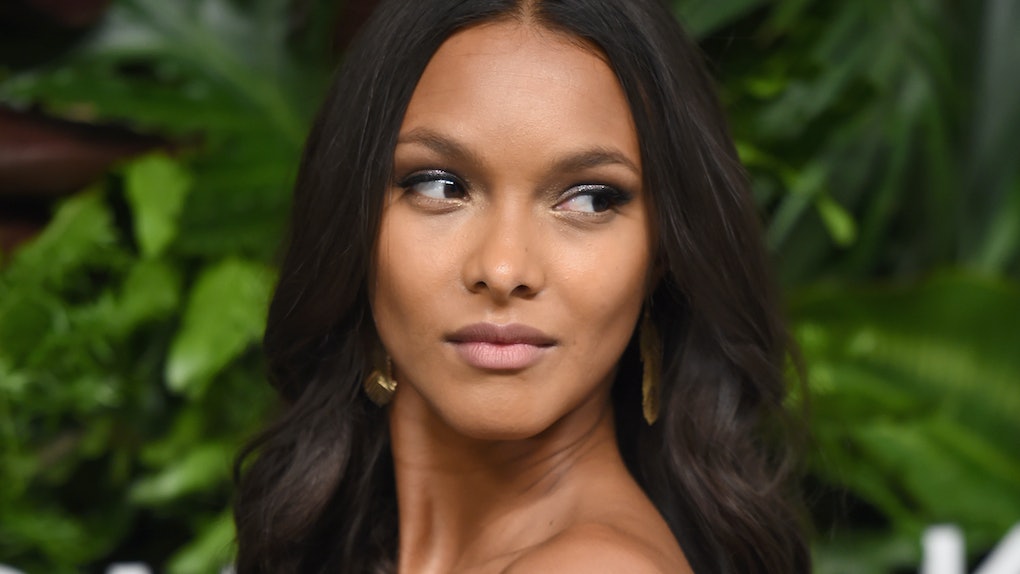 Who Is Wearing The Fantasy Bra 2017 At The Victoria's Secret Fashion Show? Meet Lais Ribeiro

It’s that time of year... the Victoria’s Secret Fashion Show is just around the corner and the excitement is already building. Here’s everything to know about Lais Ribeiro, the VS Angel wearing the 2017 Fantasy Bra. The bra is gorgeous, Ribeiro is stunning, and you won’t want to miss the fashion show, airing on Nov. 28.

Ribeiro made the big announcement today, taking to Instagram to explain:

It’s a huge honor, of course, to be the lucky VS Angel to sport the bra in the annual fashion show, and the Champagne Nights Fantasy Bra is exceptional. According to the PR Newswire, the VS Fantasy Bra is valued at $2 million and it’s no joke: “designed exclusively for Victoria's Secret by world-renowned jeweler Mouawad,” the bra is “handset with diamonds, yellow sapphires and blue topaz in 18 karat gold” set in a Victoria's Secret Dream Angels Demi bra.

The Champagne Nights Fantasy Bra took almost 350 hours to create with 6,000 precious gemstones. So, not your typical bra to throw on for a trip to the grocery store.

The 27-year-old Brazilian-born Ribeiro is a veteran of the Victoria’s Secret Fashion Show, with the upcoming show in Shanghai marking her sixth time down the runway. But this is her first time showing off the Fantasy Bra.

Ribeiro was so surprised to be given the honor of wearing the Fantasy Bra, with People.com sharing a video of her reaction to finding out the big news during fittings for the upcoming show.

She explained: “I never cried so much in my entire life — and I have a baby. It was so emotional. I couldn’t believe it when they told me. It was so beautiful.”

Ribeiro further noted how she is in some amazing company with models who have worn the Fantasy Bra in the past, saying:

Who doesn’t dream about wearing the Fantasy Bra — I mean it’s an honor to be among Gisele [Bündchen], Candice [Swanepoel], Adriana [Lima], and all the big top models who have worn it in the past. I get too emotional talking about this. I have to work on that.

Ribeiro’s career started in 2009 with friends suggesting she enter a local modeling contest in Brazil just a year after giving birth to her son, Alexandre. She quickly moved on to super impressive gigs, walking catwalks for Dolce & Gabbana, Versace, Louis Vuitton, Chanel, Marc Jacobs, and others, as well as appearing in ad campaigns for Ralph Lauren, Christian Dior, GAP, and American Eagle.

Ribeiro also modeled for Victoria’s Secret and has walked the catwalk at their fashion shows since 2010 through 2016, with the exception of 2012, when she sprained her ankle during rehearsals. She became a Victoria’s Secret Angel in 2015.

Ribeiro also told People.com how her life changed when she became a model, explaining:

I’m from a very tiny city in Brazil and I knew Gisele and Adriana and Alessandra, but I wasn’t into the fashion world until I was in it. I was supposed to be a nurse, but when I was introduced to modeling it changed. I was like, ‘I want to be a Victoria’s Secret model.’ Who doesn’t wanna be? And now I’m just amazed to be one of them.