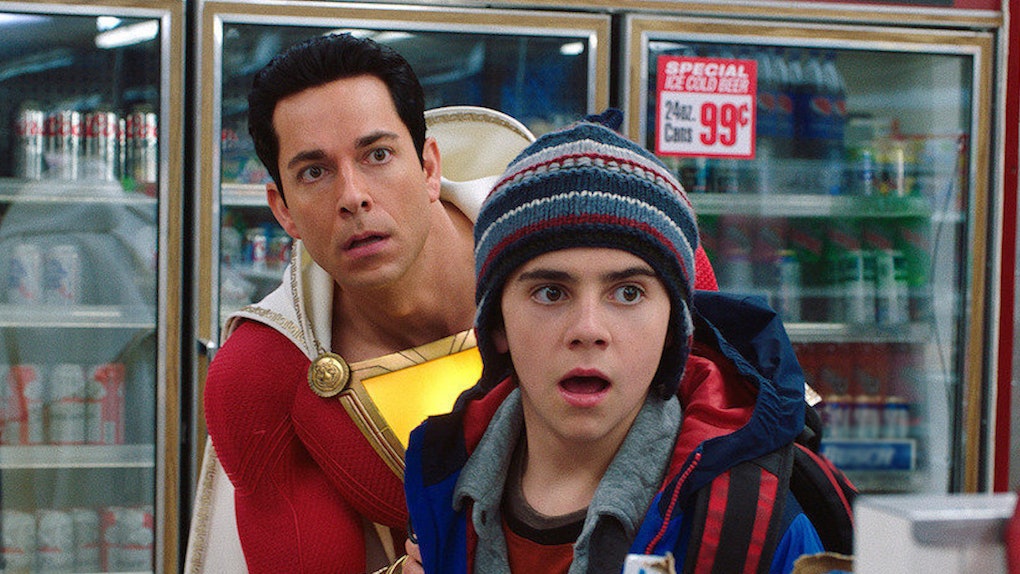 Who Is The Caterpillar In The 'Shazam' Post-Credits Scene? Here's How It Sets Up A Sequel

Ancient wizards? Seven Deadly Sins? A fourteen-year-old who can transform into Zachary Levi with just a word? There are a lot of weird things going on in Shazam, but the absolute weirdest actually does not come until midway through the movie's end credits. If you stayed through the credits, then you probably left the theater asking who is the caterpillar in the Shazam post-credits scene. The strange new arrival seems to be setting up the premise for a potential Shazam sequel, and could even affect the entire DC Entertainment Universe as a whole.

Spoiler alert: This post contains plot details from Shazam. While Shazam has all the jokey charm of a kid-trapped-in-an-adult's-body movie akin to Tom Hanks' Big, the superhero comedy also introduces a whole lot of important mythology and world-building into the DC Entertainment Universe. The ancient wizard Shazam transports the young runaway Billy Batson to an ancient temple known as the Rock of Eternity, and imbues him with his superhuman powers. Billy's first real test is to defeat Dr. Thaddeus Sivana, an outcast physicist who devoted his life to returning to the Rock of Eternity after Shazam decreed him unworthy of his power. Sivana finally figured out how to get back to the realm, and put the Eye of Sin within his eye socket, making him the superpowered vessel for the Seven Deadly Sins.

But the Eye of Sin and Shazam's staff are not the only important objects we see within the Rock of Eternity. When Thad Sivana first enters the magical realm as a child, fans might have noticed a caterpillar within a glass jar among the miscellaneous objects. And when Sivana later departs from the Rock of Eternity with the Eye of Sin, that glass jar is broken and the caterpillar is gone. It is not until the first post-credits scene that we find out what happened to him — the caterpillar visits Sivana in jail and promises him other ways to obtain magical power, saying that together they will rule the universe.

Fans of the DC Comics will recognize this worm-like new villain as Mister Mind, and although he looks unimpressive, he is actually one of Shazam's deadliest foes. Mister Mind is a Venusian worm who speaks through a speakerbox around his neck, and has powerful telepathic and mind-controlling abilities, along with a super-genius intellect. As the post-credits scene implies, Mister Mind also teams up with Dr. Sivana in the DC Comics.

Introducing an evil team would make a lot of sense now that Billy Batson has Shazam-ed all of his foster siblings to form his own super team. And of course, this also seems to set up the perfect opportunity for a sequel, which feels very likely. So get ready for a whole bunch of new villains to join together in Shazam 2, once DC Films officially gets the go-ahead.