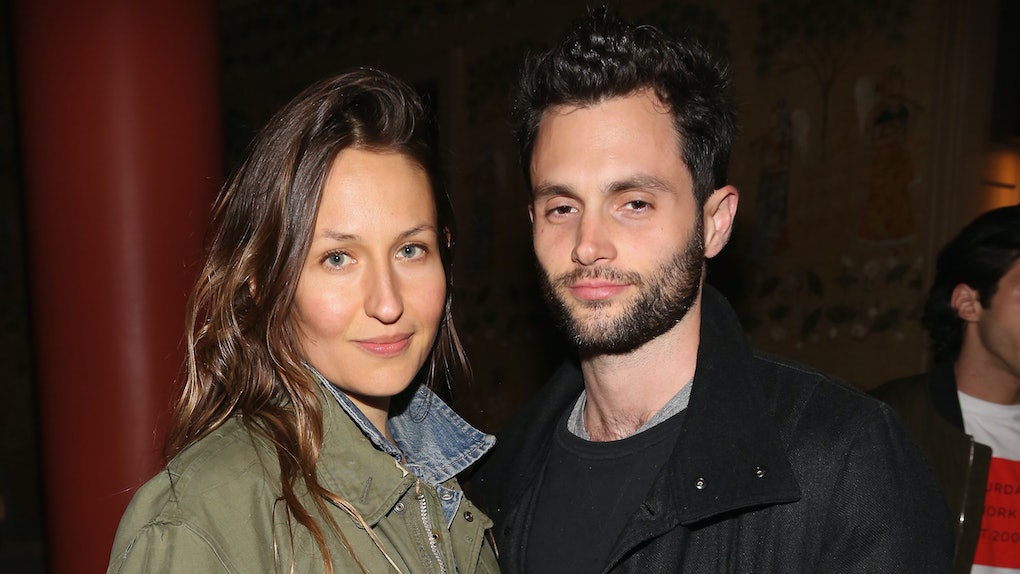 Who Is Penn Badgley’s Wife? Domino Kirke Is A Singer With The Most Impressive Side Gig

Penn Badgley’s been making lots of headlines recently thanks to his role on the Netflix series You. His character Joe has made people feel quite a range of emotions, from genuine love to absolute disgust. But his character aside, Badgley is a great actor who has fans around the world. His greatest fan, though, is probably his wife! So, who is Penn Badgley’s wife? Her name is Domino Kirke and she’s actually a very cool lady.

Badgley, 31, and Kirke, 36, married in February 2017 and have remained relatively mum about their union since doing so. Badgley did, however, open up to People about their romance in September 2018, offering a rare glimpse into the relationship.

“I don’t think I could truly value human love until I developed divine love,” Penn told People at the time. “[Domino and I] very much had a romantic beginning, and I think that you discover in marriage that what sustains a marriage for decades — there are less and less people who can tell us this — but I think it has something to do with [divine] love.”

So, at the very least, the world knows there’s a lot of love between Badgley and Kirke. While the relationship is pretty much shrouded in mystery, there is some information about Kirke available to the general public. Like the fact that she’s a singer. Over the course of her musical career, Kirke has recorded with Mark Ronson and her music has been featured in films like Lena Dunham’s Tiny Furniture.

In an August 2017 interview with W Magazine, Kirke opened up about her musical origins which include her father, drummer Simon Kirke.

Here's a look at one of Kirke's album covers as shared on Instagram by her sister Lola:

When she’s not focusing on music, Kirke is busy being a doula. She’s actually the co-founder of Carriage House Birth, a Brooklyn-based doula collective.

“As the collective grew, I was able to let go of kind of raising my doula baby and focus more on music, because I was really missing it at that point,” she explained to W Magazine in 2017.

In her interview with the outlet, she also explained that juggling both music and the collective can be tough sometimes, especially because she herself is a mom.

“It’s been tough being a musician and trying to get projects out there, because I’m going to be playing shows at 10 at night, when the moms [I work with] are relaxed,” Kirke said. “I’ve definitely gone from a show, where I’m in full makeup, the whole thing, straight to a birth, and I’ve come home from those births being like, I don’t know if I can do this anymore. I feel like a double agent."

Needless to say, Kirke is a busy gal. Now, what else is there to know about her? Well, there’s one little fact I haven’t mentioned yet: her sister is actress Jemima Kirke. You probably know her as Jessa Johansson on Girls or Adelaide on the Netflix series Maniac. Lola is also an actress, by the way! So, creativity runs in the family!

This article was originally published on Jan. 24, 2019

More like this
How Bahari Became Instant BFFs After Starting Out In Different Parts Of The World
By Kaitlin Cubria
These Tweets About BTS' 'Bang Bang Con 2021' Sum Up The Epic Performance
By Cianna Garrison
BTS' 'The Best' Japanese Album: Release Date, Tracklist, Music Videos, & More Details
By Michele Mendez
Stay up to date