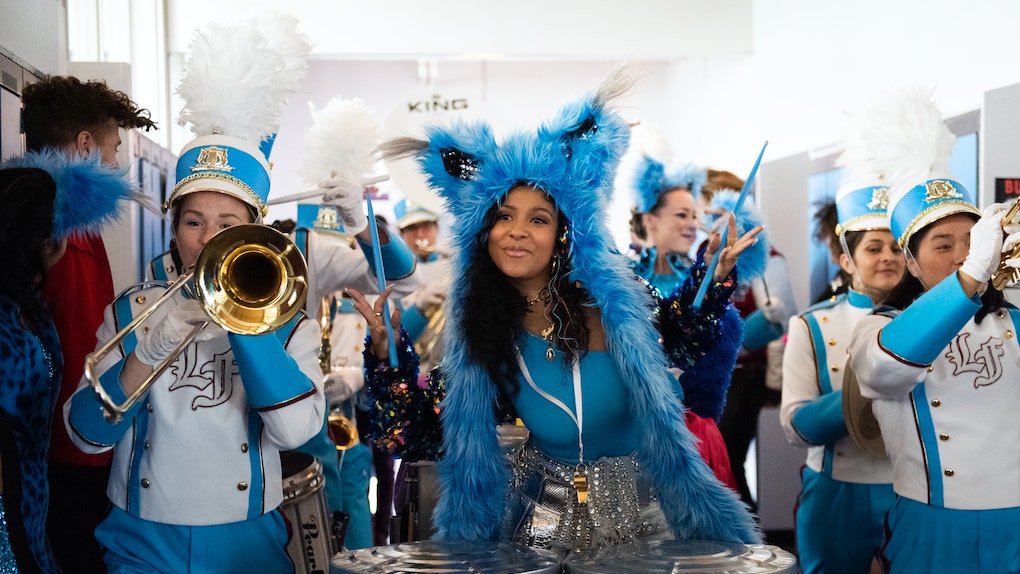 Who Is Madison Reyes From 'Julie & The Phantoms'? Netflix's New Star Is Here

If you enjoy lighthearted shows along the lines of High School Musical, you're bound to like Kenny Ortega's latest work, Julie & The Phantoms. The show follows a young girl with a bunch of musical talent who befriends a band of ghosts, and Madison Reyes, who plays the lead in Julie & The Phantoms is drawing many eyes for totally killing her part. This might be her first role, but she'll definitely be one you want to keep your eyes on.

On Julie & The Phantoms, which hit Netflix Sept. 10, Reyes plays the titular Julie, a talented teen who lost her passion for music after her mom died. Luckily, she meets the ghosts of three '90s teen rockers, who help ignite her passion once again and hit the stage. There are rocking jams, a bit of romance, and a lot of heart-warming moments throughout the series — which is exactly what you want when you're watching a teen musical.

Since Reyes gives an exceptional performance as Julie, fans might think she's been in Hollywood for some time. But that's far from true. In fact, Julie & The Phantoms is actually her first role. Before booking the part, Reyes was a student at a performing arts school. Her teacher recommended she try out for the series, so Reyes recorded herself singing "She Used To Be Mine" from the Broadway musical Waitress and sent it in, and ended up beating out over 700 other people who also tried out for the role of Julie. “After watching her video, I knew Madison was the girl to beat," Ortega told the Los Angeles Times. "She has this raw talent that can take on any genre of music, and this promise of greatness that excited everybody. And yet she’s so relatable and grounded.”

It's pretty neat that Reyes landed the role on Kenny Ortega's Julie & The Phantoms, because she was inspired by another of his hit franchises, High School Musical, when she was growing up. She may have only been 18 months when the first film debuted, but it played a huge role in her aspirations. "That influenced my life for wanting to be a performer and actress," she told Popsugar. "When I found out about musical theater and just took singing seriously, that's when I really started to find my true passion for it."

Reyes' passion for performing and music comes through loud and clear on Julie and the Phantoms, and the series is likely just the start of this rising star's career.