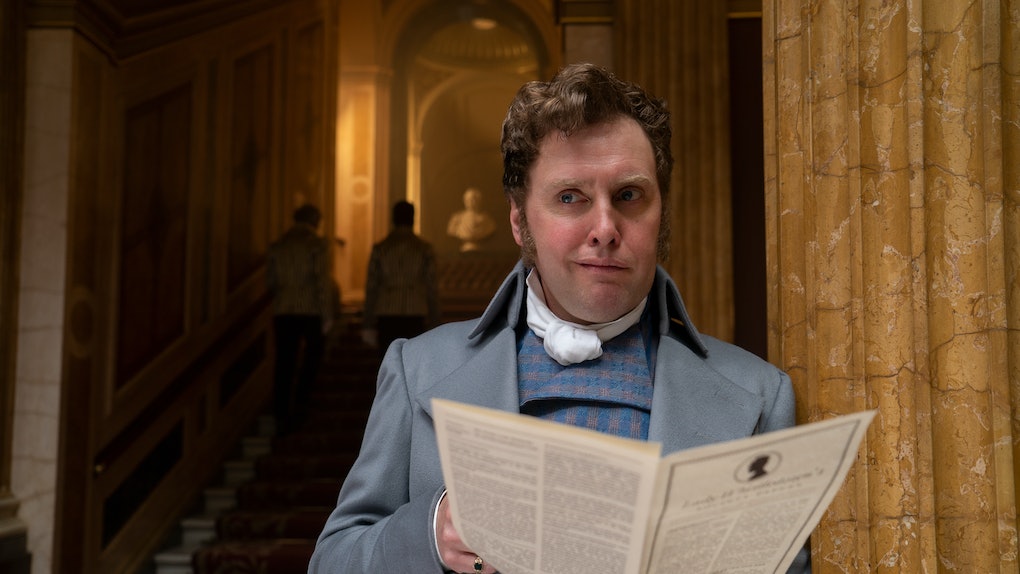 Who Is Lady Whistledown In 'Bridgerton'? It's The Question Of The Season

When the Bridgerton book arrived back in 2001 with The Duke & I, author Julia Quinn introduced a new character to the growing pantheon inhabiting her version of Regency England. Lady Whistledown was an invisible figure, a gossip columnist whose every missive was seized upon by society's upper crust to learn who was up, who was down, and who was out. But who is Lady Whistledown in Netflix's version of Bridgerton? If you've read the books, you know, but this post won't spoil it — I'm just here to explain the mysterious persona.

Unlike The Duke & I, Netflix's Bridgerton has elevated the Whistledown mystery to become a big part of the series' overarching plot. In the novels, Lady Whistledown's Society Papers is little more than a plot device. It's not that her columns aren't funny; they're filled with Quinn's trademark parodies of the way people wrote in the period. But her real identity is isn't as important as what she does — which is, namely, declare Daphne Bridgerton all but ineligible for marriage.

Whistledown's pronouncement puts Daphne in a position where she needs to pretend to couple up with the Duke of Hastings to put her back on Society's Most Marriageable Ladies list. Meanwhile, the Duke feels like he's pulled one over on society when Whistledown believes they are courting. In the books, it's not until the stories start diving into the other siblings' lives that Whistledown's identity becomes a mystery fans need to solve.

But Netflix's Bridgerton moves Whistledown's status in the story to a more prominent position, and TBH, that is in keeping with the story's themes. As Daphne points out, girls like her train their whole lives for one moment: The entire summation of her value is condensed down to the scant few weeks when her family puts her out on the market, and she's either bought by a rich husband or left on the shelf to become a spinster. But not Whistledown (that is, if she is actually a woman...).

Regardless of who Whistledown is, she's using the power of her pen (and the veil of anonymity) to make a name for herself. She's running a successful business, for women, by women. (Those who write for a living on women's sites know that's no small feat in any century.) Daphne may be the heroine on her way to happily ever after in Season 1, but Lady Whistledown is who viewers just might aspire to be.

Bridgerton Season 1 is on Netflix now.