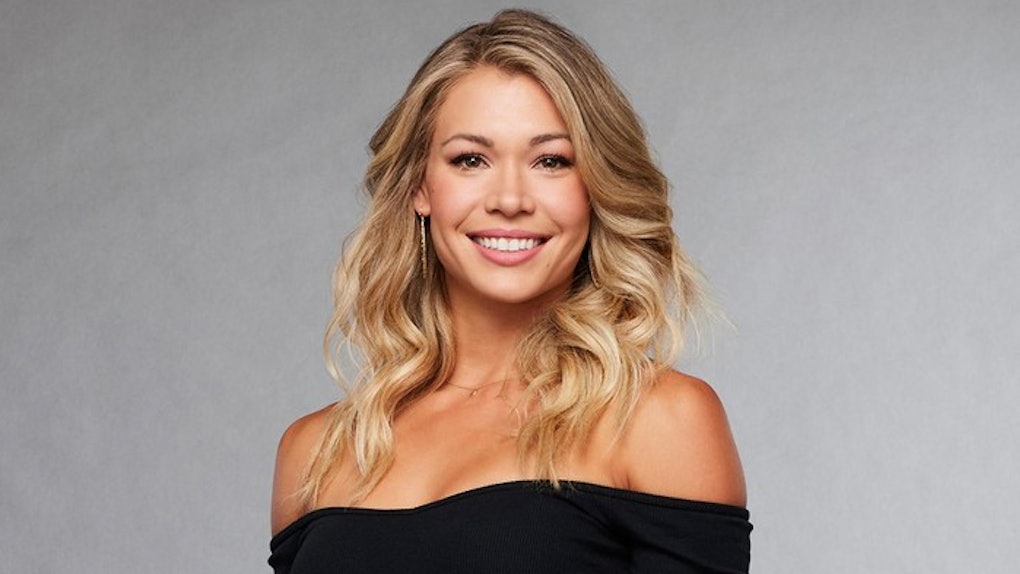 Who Is Krystal? 'The Bachelor' Contestant Is In It To Win It

ABC's The Bachelor is making its long-awaited return to TV on New Year's Day at 8 p.m. EST, and this year's cast is looking to be pretty interesting. Outside of the confusing fact there are are four women named Lauren in this year's cast, there are still 24 other women we need to get to know. When looking through all of the bios of this year's cast on The Bachelor's website, all of the women stand out in their own ways. But who is Krystal? The 29-year-old fitness coach from Missoula, Montana, is super passionate about her work. In her Q&A for her bio, she said her greatest achievement so far has been "finding my purpose as a health and fitness coach. I LOVE what I do for work."

Fitness coaches are all about achieving personal goals and helping others achieve theirs, so we're sure there's going to be a lot of dedication and commitment coming from her end on the show this year. Almost annoyingly so, fitness coaches never freaking quit, either, so I wouldn't be shocked to see Krystal make it far this season.

Here are the main things you need to keep in mind about our girl Krystal moving forward:

Another thing we all know to be true about fitness coaches is that they always talk about being fitness coaches. So we can probably expect her to a) talk about that in the first episode and beyond, and b) maybe even help the other ladies in the Bachelor mansion keep up on their fitness goals.

Krystal told ABC her typical Saturday night includes, "Dinner out with friends or home relaxing alone with my puppies." So first of all, she has at least two dogs. I give that a 10/10. She also said she's terrified of "sharks and spiders," so I'm really relating to this girl right now. (Minus the whole passion for fitness thing... yeah. Can't get behind that one. Running is the devil.)

She told ABC that outside of her fear of sharks and spiders, the thing she's most afraid of is "unused potential." So, it seems like this woman is pretty in check with her goals and emotions, which will be important while on the show.

Since we don't know much about any of the contestants yet other than what ABC has given us in the cast bios and some of the trailers, it's hard to predict how far she'll go this early in the game. But rest assured she'll probably work her ass off to get her one-on-one time with Arie Luyendyk Jr.

Speaking of Luyendyk, now that he's the upcoming bachelor, people have been diving into his past on the show, a.k.a. his time on Emily Maynard's season of The Bachelorette. Luyendyk was ready to propose to Maynard (now Emily Maynard Johnson) when she ended things with him unexpectedly.

The video of Emily Maynard dumping Arie Luyendyk Jr. is cringeworthy and kind of sad, TBH.

In the video, she said through tears,

You know how I feel about you, from our very first date and even beyond that, I felt like it was going to be me and you, and I don't know anymore. I never thought that I'd have to make a choice between you and anybody, I thought it was just going to be me and you. Honestly. I want you to know.... I'm sorry.

But Maynard actually expressed her support for Luyendyk on his new Bachelor adventure. She told Us Weekly, "I can’t think of a better person to be The Bachelor than Arie and I’ve been hoping this day would come since Season 8 ended! He’s a gentleman through and through and all the girls on his season are lucky to have him." She added, “I’ll be wishing him nothing but the best because that’s absolutely what he deserves!” Awww, amicable exes! Even though they seem cool now, Maynard definitely broke Luyendyk's heart. ABC's bio for Luyendyk says,

Six years ago, Arie Luyendyk Jr. was in love and a day away from proposing to the woman of his dreams. And then, she broke his heart. Emily Maynard (now Emily Maynard Johnson) may not have been Arie's future wife, but he hasn't been able to find a love like hers since. Now Arie is back and ready to race into America's heart yet again when he returns for a second shot at love, starring in the 22nd season of The Bachelor.