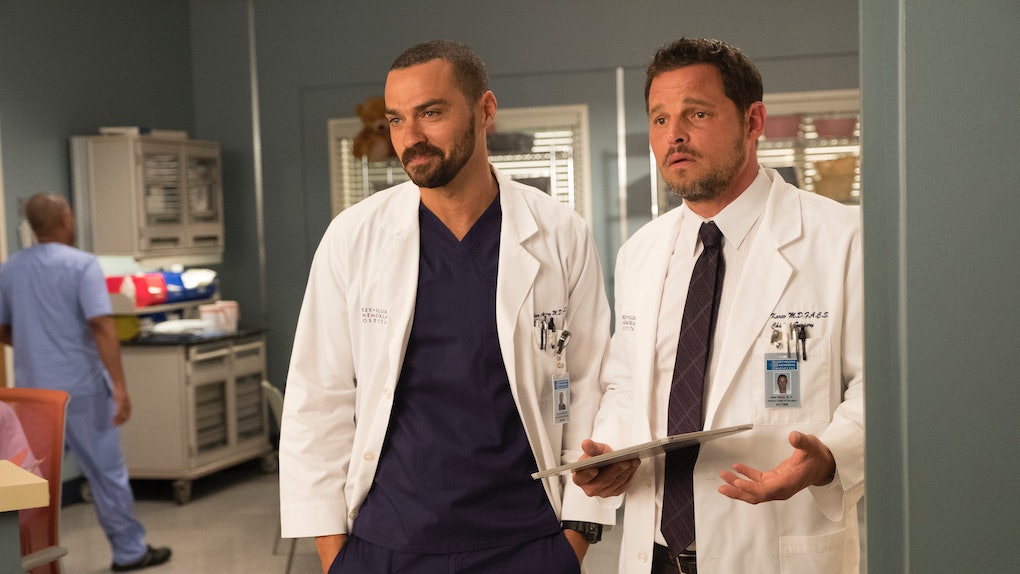 Who Is Kate On ‘Grey’s Anatomy’? Jackson Revealed A New Secret

Jackson's return to Seattle last week saw a return of him to Maggie and rekindling of their relationship. But though everything seemed to be coming up roses in bed at the beginning of this week's episode, the constant chiming of his phone was a sign of trouble to come. Maggie finally picked up the phone to find Jackson is being constantly texted by a woman named Kate, who is sending heart emojis and claims she misses him. Who is Kate on Grey’s Anatomy? Warning: Spoilers for Grey's Anatomy Season 15 follow.

Jackson claimed he spent time in a monastery attempting to find himself and figure out his spiritual feelings after he was nearly hit by a car in the Season 15 premiere episode. But once Maggie sees those texts, she's immediately convinced Jackson is lying. He wouldn't be the first one to find himself in another woman during a spiritual retreat.

But Jackson insists it really isn't what it looks like. He didn't sleep with Kate. She was just a woman he met on the retreat who was searching for answers the way he was. Kate lost her brother and wanted answers. Jackson lost the life he thought he was going to have and was searching too. The two of them opened up to each other.

And Kate is apparently not the only one Jackson is opening up to. He's also texting and talking with April too.

But worse, when she confronts Jackson with this, his response is that Maggie drove him to it. She's the kind of partner who is happy to rant about work at the end of the day, complain about her sister, talk about her hobbies and interests. But she never discusses her feelings. And because Maggie isn't letting Jackson into her emotional life, Jackson feels like he can't open himself to her. So, he went and found it elsewhere.

But instead of dumping him right then and there, Maggie does something she's never tried before. She opens up.

Maggie admits, out loud, she never allowed anyone to get close to her because she was always five steps ahead of them. She has never learned how to be in a relationship.

In response, Jackson opens up back. He tells her he loves her. But Jackson is still grieving for the loss of April, his marriage, and his family. And, as he sees it, it's all just a little messy.

Unfortunately, this is way too much for Maggie's first time. She freaks. She runs. And Jackson is left alone, trying to figure what to do next.