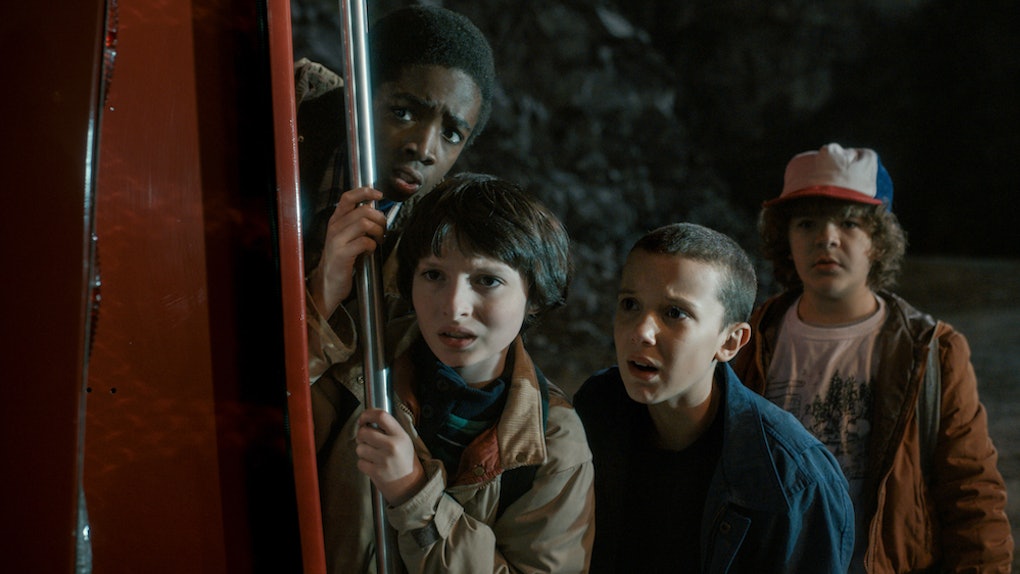 Who Is Kali On 'Stranger Things'? Eight Is The Newest Addition

Y'all, Stranger Things is back for its second season and, HOLY SH*T, is it worth the long wait we had to suffer through to get it. Warning: This post contains spoilers for Stranger Things Season 2. Since Season 1 of Stranger Things became an overnight sensation last July, Netflix aficionados have been hungry for more of the sci-fi thriller's twists and turns and, boy oh boy, does Season 2 deliver them. Aside from a whole new mystery and a new demonic monster, there are several new characters shaking things up in Hawkins this year. While I could go on for hours about MadMax, Bob, or Billy, Kali from Stranger Things is who everyone is talking about, and I can't say I'm the least bit shocked.

Obviously, after watching the first episode of Season 2, there is one major question any Stranger Things diehard is going to ask: Who is Kali? We meet Kali, or "Eight" as she has been branded, and right off the bat the intensity of her first scene let's us know she is someone to keep an eye on; though she doesn't reappear for several episodes, her character sticks in the back of our minds and becomes majorly important to Eleven's background story and the entire season's climactic finale.

Kali's addition to the show is no surprise. Last August, in an interview with The Daily Beast, the creators of Stranger Things spoke about the show's female characters, and how they hoped to bring more strong women like Joyce, Nancy, and Eleven into the second season. In the interview, Matt Duffer says,

My thing is that I would say what we were trying to do with [Season 1] is give all of our female characters both a strong drive and give them badass moments ... So that was something that was very important to us and we would do well to keep doing moving forward.

Of course Kali has "a strong drive" and plenty of "badass moments" to savor in Season 2, but it's her backstory that connects her to El. As it turns out, Kali is — like our telekinetic lil' Eggo-lover — a product of Hawkins National Laboratory where the lines between science and highly unethical testing on helpless subjects don't exist and you're allowed to smoke in the lab. One scene in Season 2 even takes us deep into El's memory to show how far back the relationship between El and Kali goes.

Indeed, given that El is branded "011," we've known since Season 1 there had to be at least numbers 1 through 10 floating around out there doing random sh*t with their minds, and the introduction of Kali (and her "008" wrist tattoo that matches El's) proves those numbers exist. While El's gift is telekinesis, Kali's is the ability to make people see or not see things — a gift that comes in handy on her missions.

Now, for a good portion of this new season, it seems like Kali's character is irrelevant — you know, just your regular, everyday badass in fingerless gloves doing magic tricks with her mind; she appears in the season's action-packed opening scene where she shows off her ability to make people see things that aren't really there, but her character doesn't resurface until Episode 7, "The Lost Sister," which is way more than halfway through the season.

In "The Lost Sister," El travels to Chicago to find Kali, gets a sleek makeover, and, for a short period of time, joins Kali's group of misfits as they set out to kill those involved in the atrocities at Hawkins National Laboratory. In a super tense scene, El aims a gun at one of the men responsible for torturing her mother, but she can't pull the trigger; she decides killing people really isn't her schtick and heads back to Hawkins with a new awareness of how to control her powers, all thanks to, you guessed it, her "lost sister," Kali.

Ultimately, Kali's return in "The Lost Sister" helps to explain a lot, and her time with El (or "Jane" as she knows her) ends up helping El close the gate to the Upside Down in the final episode, which is, ya know, kinda important. So, although she isn't a major character in every episode of Season 2, Kali is almost directly responsible for the season's thrilling resolution.