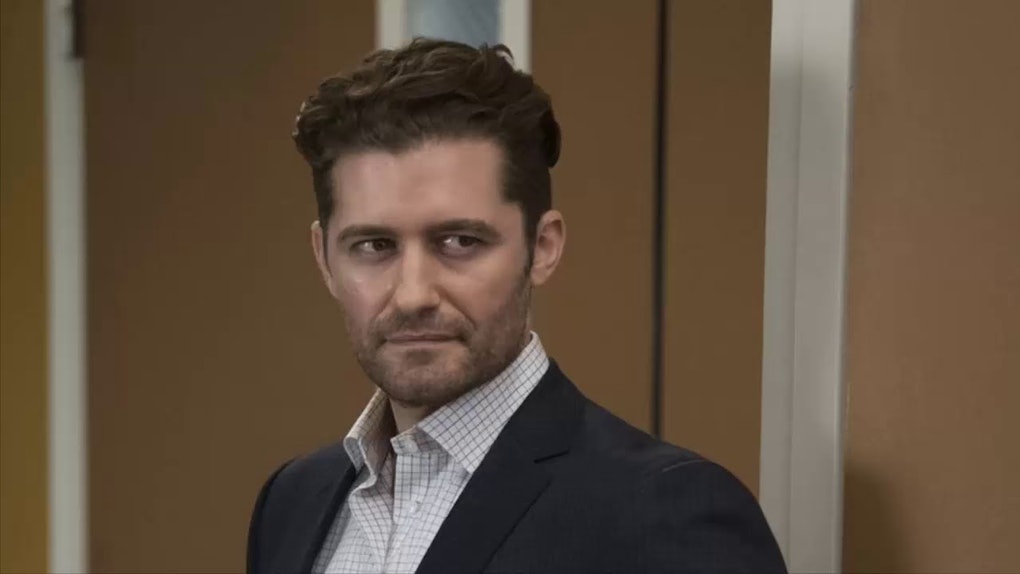 Who Is Jo's Ex-Husband On 'Grey's Anatomy'? Paul Was A Dark Part Of Her Past

Grey's Anatomy is careful about when it makes a reference to a long-ago storyline, but for March 28's powerful hour on sexual assault and Jo's family history, it looked back upon one of the past's most troubling stories. Upon meeting her birth mother, Jo learned she was the product of rape. This information inspired her to tell her mom about having an abortion after her ex manhandled her when she was newly pregnant. In case you forgot, who is Jo's ex-husband on Grey's Anatomy? Paul Stadler was a short-lived presence on the drama, but he represented plenty of trauma for Jo.

In March 28's "Silent All These Years," Jo (Camilla Luddington) sought out her birth mother Vicki (Michelle Forbes), feeling desperate for answers about how she came to be. The pair's meeting wasn't exactly the rosy reunion she hoped for, as Vicki was reluctant to share too much. She did finally spill that Jo's father died in a motorcycle accident, but she wasn't exactly a heartbroken girlfriend left behind. The man was Vicki's TA in college, and he ultimately date-raped her. Despite loving Jo when she was born, Vicki still resented the baby for what she represented, resulting in her abandonment of Jo.

Trying to connect to Vicki in a deeper way, Jo then shared a similar experience. Years before, she was seven weeks pregnant when her abusive husband Paul (Matthew Morrison) threw her across the room, unaware of her condition. Not wanting to raise a baby among so much "fear and danger," Jo got an abortion without telling Paul.

As the current season has focused so much on Jo's newlywed bliss with Alex (Justin Chambers), it's been relatively easy for fans to forget about the quick but haunting appearance of Paul earlier on Grey's Anatomy. Before he appeared onscreen, viewers knew him as the man Jo fled from in order to regain control of her life. She even changed her name so she was untraceable, but Paul eventually found her in Seattle.

Having been estranged from Jo, the character first appeared in Season 14 on a quest to have her officially sign their divorce papers. He arrived at Grey Sloan Memorial with his new fiancée Jenny (Bethany Joy Lenz), charming the rest of the staff so much that others wondered about the truth behind Jo's claims of abuse. Meredith (Ellen Pompeo) wasn't so easily swayed, helping Jo sign her papers and coax out the truth about Paul's treatment from Jenny. Like Jo, Jenny had experienced a gradual isolation from others in her life because of Paul's opinions and behavior. The women bonded over Paul's abuse causing them to lose trust in themselves.

Paul soon learned about Jo's interference, threatening that he'd keep a close eye on her going forward. However, fate cut into Jo's life before Paul could when a drunk driver hit his car. While he was recovering from the incident, Jenny told him she was reporting his abuse to the police.

Paul lunged to attack her, but because he was hooked to machines, he fell back and hit his head. He was then pronounced brain dead, thus releasing Jo and Jenny from his reign of terror. In a moving scene teaching how good can come from bad, Jo decided to donate Paul's organs.

Since then, she's stayed grounded in the present, but meeting her mother has clearly waken old ghosts for Jo. It's still unclear whether she'll come clean about her abortion or her father to Alex, but next week's promo hints that she may confide in old friend Link (Chris Carmack). Here's hoping that Jo's unwelcome trip down memory lane takes a turn for the better.