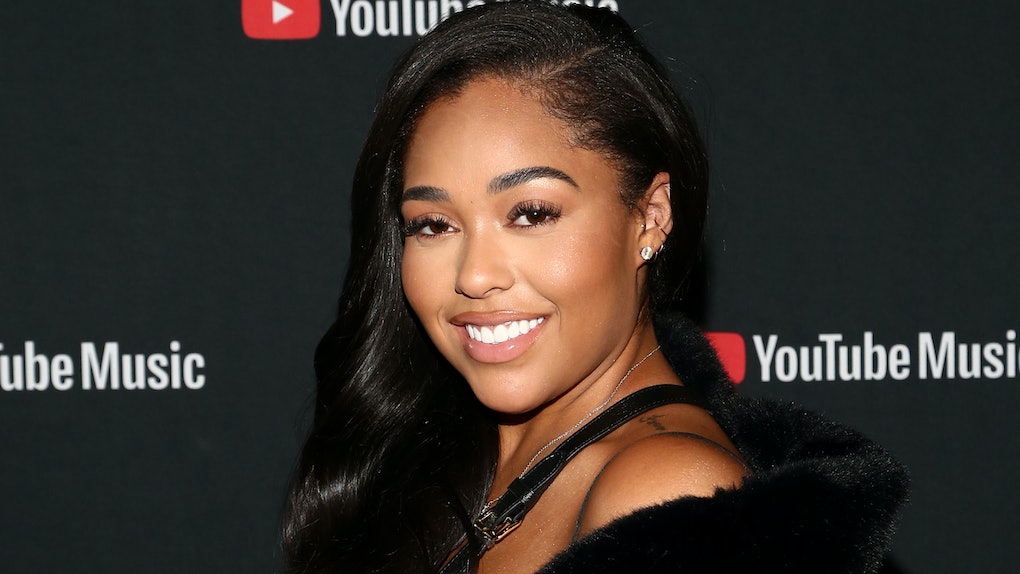 Who Is Jordyn Woods Dating? She's Reportedly Hanging Out With An NBA Star

Jordyn Woods had a surprise guest at her 23rd birthday celebration in Cabo San Lucas, Mexico, and no, that guest isn't a member of the Kar-Jenner clan. According to Entertainment Tonight, Jordyn Woods is reportedly dating an NBA star, Karl-Anthony Towns, who plays for the Minnesota Timberwolves. On Sept. 23, the two were photographed looking cozy on a yacht, and they both documented the day with videos and photos of each other on their Instagram Stories (as did their friends). I'm def feeling new couple vibes! (Elite Daily reached out to reps for Woods and Towns about the rumored relationship but didn't hear back in time for publication.)

Woods and Towns first sparked dating rumors back in August 2019 when they were reportedly spotted on a shopping trip together, per TheShadeRoom. Woods denied the reported romance, and she took to the comments section of an IG posted by TheShadeRoom to write, "Y’all gone make me not be able to have any friends and ruin relationships! Lol Karl is like a brother to me." But it seems like Towns is no longer in the friend zone. In fact, the pair has reportedly been spotted hanging out numerous times in the past few months.

The two reignited those relationship rumors when they were reportedly seen getting dinner at Nobu in Malibu in July, per TMZ. Apparently, the maybe-couple got even closer after Towns lost his mother, Jacqueline Cruz-Towns, to complications caused by COVID-19. "Karl is friends with Jordyn's entire family and he's been going through a very tough time since April when his mom died," a source for HollywoodLife reportedly claimed. "Jordyn and her family know exactly what he's going through so they've been there for him every way they can." Woods' father, John Woods, died of cancer back in 2017.

IMO, Towns seems pretty grateful for the support. As well as sharing pics from her Cabo bash in her IG Stories, Woods posted some photos of her many lavish presents, including a crystal-covered Chanel clutch and two orange Hermès Birkin bags, which she tagged with Towns' Insta handle. The gift haul also included a signed Michael Jordan jersey, which she seemingly attributed to Towns as well.

I think it's only a matter of time before these two are officially official.