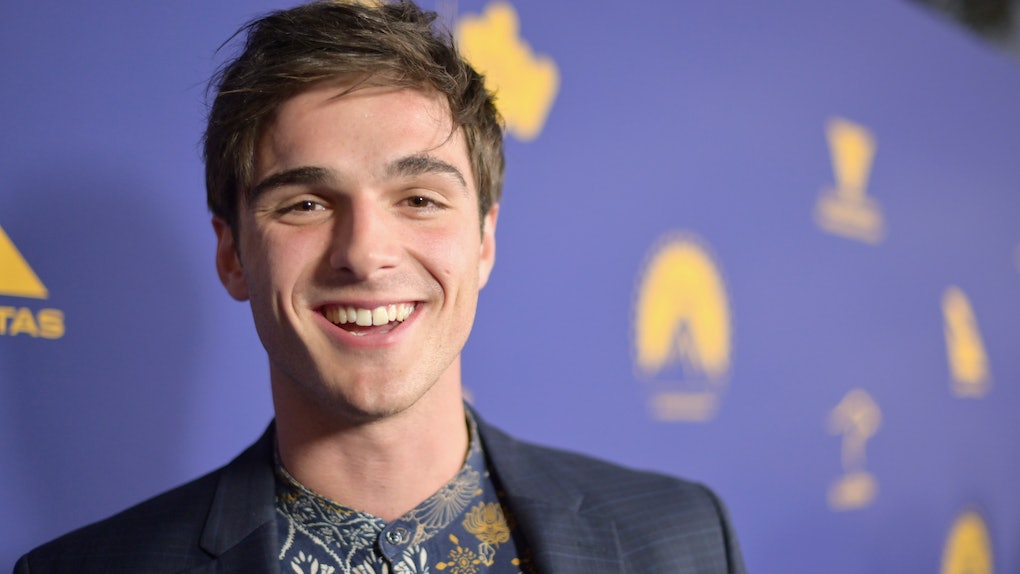 Who Is Jacob Elordi Dating? After His Breakup With Joey King, It Seems He Has A New Woman In His Life

In the HBO series Euphoria, hunky actor Jacob Elordi plays volatile (and oftentimes violent) football-playing jerk Nate Jacobs. In the Netflix original movie The Kissing Booth, he plays toxic, controlling bad boy Noah Flynn. Luckily, in real life, Elordi is nothing like either of those characters and — as I've gathered from his interviews — is actually a super-sweet guy. It definitely doesn't hurt that he's 6'4", fine as hell, and, best of all, Australian. It seems impossible that a person this sexy isn't taken, so the question is: Who is Jacob Elordi dating? Reportedly, he has a new lady in his life: American model Cari Flowers. Reps for Elordi and Flowers did not respond to Elite Daily's request for comment by the time of publication, but these two are looking pretty Instagram official to me.

On June 7, Flowers posted a series of seven photos on her Instagram, four of which include Elordi. The first pic shows what could be just a platonic kiss on the cheek, but the last pic — which shows the two in a passionate lip-lock — leaves far less room for ambiguity. Other people in the photos include his sister Isabella Elordi, American actor Lena Drake, and Australian actors Luke Cosgrove and Alex Fitzalan. All of them are rocking glitter on their faces and, as Flowers points out in her photo caption, all of them really do have great eyebrows.

Though Elordi has yet to post any pics of Flowers on his own Instagram, this isn't the first time Flowers has alluded to their relationship on social media. On June 2, she posted another series of photos captioned "friends in australia!!" and the fifth photo shows a blurry close-up of a shirtless Elordi. A few days before that, on May 29, she posted a gorgeous pic of herself ("lines still on my face from the nap i apparently took," she captioned it) but tagged Elordi in the photo, suggesting that he was the one who took it with her.

Though Elordi is pretty private when it comes to his personal life, the actor has gone public with relationships before — or, at least, with one relationship. He and Joey King first met while filming The Kissing Booth in 2017, and their onscreen romance eventually developed into an IRL relationship. Unfortunately, King revealed to Refinery29 back in March that she and Elordi decided to end things after about two years together, and no, I'm still not over it. But I have to admit, Elordi and Flowers make a pretty beautiful couple, if they are indeed dating.

Despite the fact that The Kissing Booth 2 is in the works (thank you, Netflix, for always knowing what the people want), it seems like Elordi and King might be done for good. After their breakup, Elordi scrubbed his Instagram of all pictures of the two of them together and only has 20 posts remaining (but has somehow still maintained his six million followers). Noah will even have a new love interest in the upcoming sequel — according to Deadline, Legends of Tomorrow actress Maisie Richardson-Sellers will be joining the cast as Noah's college crush.