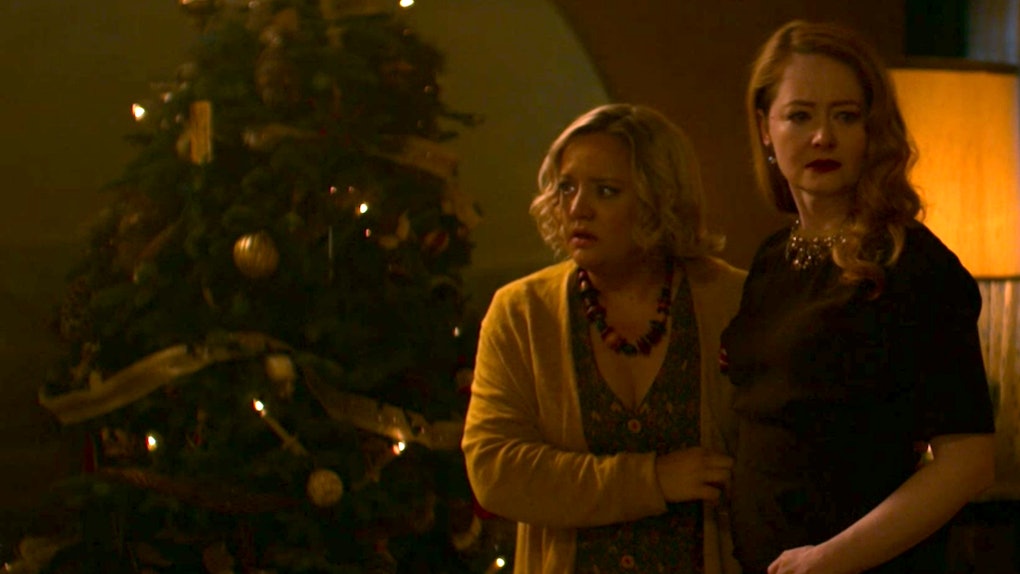 Who Is Gryla From 'Chilling Adventures Of Sabrina'? The Winter Witch Is A Old Folk Legend

While every other TV show or holiday movie is bringing in Santa Claus for some Christmas cheer this year, Chilling Adventures of Sabrina went much darker with its holiday special and saw a wintery character from folklore that is not exactly as holly-jolly as Saint Nick to visit Greendale. As the Spellman family tried to survive the terrors of the winter solstice, they were forced to invite a cannibalistic witch named Gryla into their home to take care of some pesky spirits. So who is Gryla from Chilling Adventures of Sabrina? The witch actually has a long history prior to her appearance on the series.

In the Chilling Adventures of Sabrina holiday special, Zelda informs the whole Spellman family about the importance of keeping to yule log lit in their fireplace to make sure that evil spirits would not enter the house. But Miss Wardwell uses her magic to put the fire out, and invisible entities begin to wreak havoc on the Spellman home. After Zelda, Hilda, and Ambrose wise up to the mischievous antics of their visitors, they realize that these are the Yule Lads, and the only way to get rid of them is to call upon their mother, Gryla.

Hilda and Zelda explain that Gryla is a witch who was trapped in the mountains during a blizzard in the past, and she made a pact with a fellow witch that they would eat their children in order to survive. Gryla and the other witch both ate Gryla's only son, but then the other witch refused to offer up her child. Now, Gryla is bent on finding and abducting babies to replace the one she ate, and also mothers her horde of invisible Yule Lad spirits.

And Chilling Adventures of Sabrina did not just make up Gryla or the Yule Lads — the characters actually have deep historical roots in Icelandic folklore. Gryla is a well-known legend associated with Christmastime in Iceland and has been for centuries. The stories refer to Gryla as a giantess who lives in the mountains, only descending around Christmas to hunt for naughty children to eat. And just like on the show, the folktales also say that Gryla is the mother of the Yule Lads, mischievous pranksters who cause mayhem at Christmas.

Thankfully, Gryla did not wind up eating any children on Chilling Adventures of Sabrina, as Sabrina was able to pull a fast one and use some transformation magic to keep baby Letitia safe, and Gryla actually even wound up helping the Spellman's by saving Susie from the clutches of a holiday demon called Bartell. Her appearance may have also had a big effect on where Chilling Adventures of Sabrina will go with its story in Season 2 as well. Zelda decides to give baby Letitia (Father Blackwood's secret daughter) to the outcasted forest-dwelling witch Dezmelda rather than continue to raise her at the Spellman Mortuary, for fear that other threats like Gryla could show up again.

Amidst all the stories about Santa, reindeer, and elves that you are bound to hear this month, leave it to Chilling Adventures of Sabrina to deliver a spooky Icelandic folktale about cannibalism to ring in the holiday season.