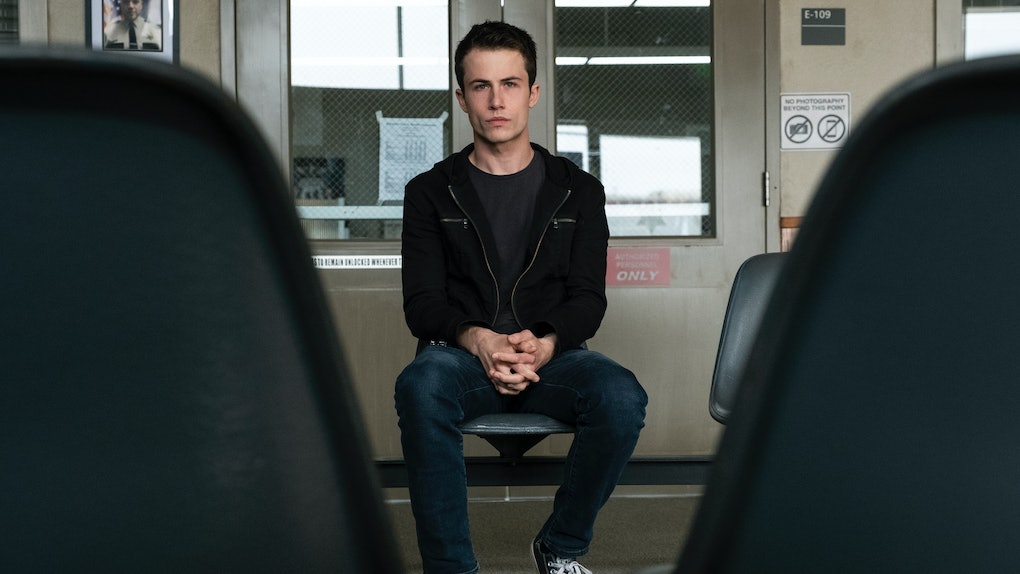 Who Is Dr. Robert Ellman In '13 Reasons Why'? Season 4 Is Getting A New Character

This post contains spoilers for Season 3 of 13 Reasons Why. In the latest season of 13 Reasons Why, Clay Jensen went from stopping a school shooting to being suspected of murder, so it's safe to assume he might not have the healthiest mindset when Season 4 begins. The case of Bryce Walker's death might be closed (for now), but Clay will still be reeling when he meets a new character in the teen drama's final season. Following a new cast announcement, fans are wondering who Dr. Robert Ellman in 13 Reasons Why is. It sounds like he'll hopefully give Clay the restorative help he needs.

Following Netflix's Aug. 23 launch of Season 3, actor Gary Sinise was announced as a new addition to 13 Reasons Why's fourth and final season. As Dr. Robert Ellman, Sinise will portray a crucial element of Clay's (Dylan Minnette) healing process ahead of his high school graduation. Deadline describes the character as "a compassionate, incisive, no-nonsense adolescent and family therapist who works to help Clay battle anxiety, depression, and grief." Slated to appear in all of Season 4's trademark 13 episodes, Dr. Ellman will presumably help Clay accept his past traumas and work toward a healthier chapter in life.

Known for his film roles in Forrest Gump and Apollo 13, Sinise previously starred in the CSI TV franchise and the short-lived series Criminal Minds: Beyond Borders. So far, he's the only new cast member who has been announced for 13 Reasons Why's farewell season, and given its focus on the main characters graduating Liberty High, there might not be a reason to introduce even more characters.

While Clay has come a long way since first trying to make sense of Hannah Baker's (Katherine Langford) death, the events of Season 3 didn't do much to help him move toward recovery. Although Ani's (Grace Saif) plan to frame Monty (Timothy Granaderos) for Bryce's (Justin Prentice) murder succeeded, Monty's secret hookup Winston (Deaken Bluman) confronted her about knowing the truth. Meanwhile, a fisherman discovered Tyler's (Devin Druid) discarded stash of guns in the river, hinting at a chance of a recovering Tyler spiraling into poor mental health again.

Clay was no longer having hallucinations of Hannah as he did in Season 2, but due to his own volatile history with Bryce, police briefly detained him. While his new relationship with Ani suggests he won't linger over Hannah too much, his Season 4 time with a therapist definitely points toward underlying feelings that he needs to address with someone unbiased. According to series creator Brian Yorkey, Sinise was the ideal actor to fill the sympathetic Dr. Ellman's shoes.

"From the first moments we conceived of the role, I thought of Gary Sinise, but hardly dared to dream it might happen,” Yorkey said in a statement. “A consummate actor and first-rate human, Gary brings the exact combination of toughness, smarts, and heart the character needs. We’re all thrilled and honored to have him join us for this pivotal role in our final season."

Here's hoping Dr. Ellman helps guide Clay toward a fresh start in college. Season 3 of 13 Reasons Why is currently streaming on Netflix. Season 4 is expected to premiere in 2020.