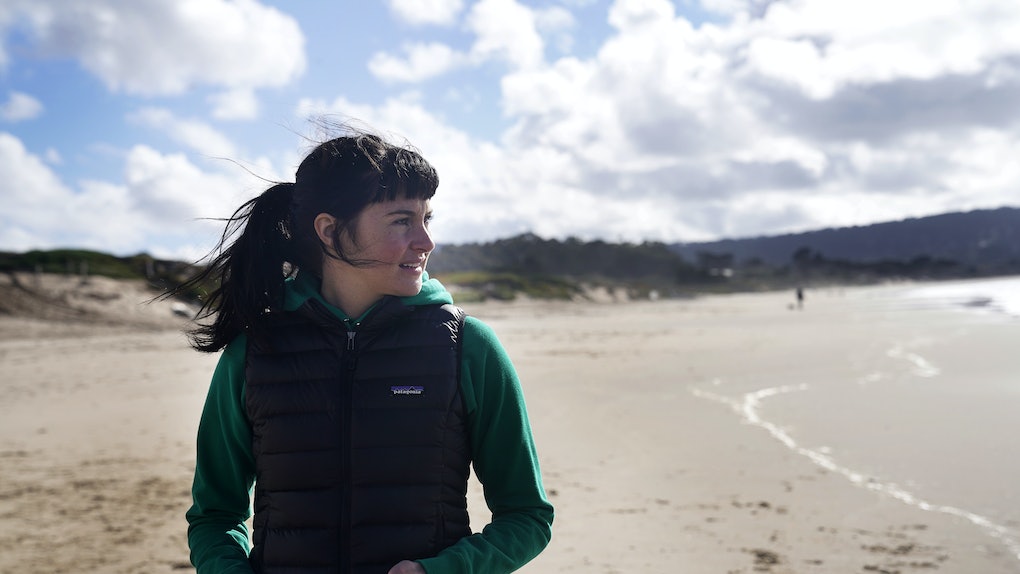 Who Is Corey On 'Big Little Lies'? Jane's New Co-Worker May Play A Big Role In Season 2

Big Little Lies introduced the world of Monterey, CA to the viewers of HBO back in 2017. Located along the rugged central coast of the state, most of the characters fans met in the first season were the well-moneyed types whose grand mansions overlooked the ocean. But not Jane Chapman. A lower middle-class single mother, her condo barely rates among her peers. However, she's started to move up, landing a job at the Monterey Aquarium, which means she's also got coworkers, like Corey. So who is Corey on Big Little Lies? Warning: Spoilers for Big Little Lies Season 2 follow.

Fans check back in with Jane on Ziggy's first day back at school since the accident. Like the beginning of last season, this is a ritual where parents arrive to judge and be judged as much as it is a ritual for their kids to begin their first day of a new grade. Jane is looking pretty good, considering how things were left. She and Ziggy dance around to Joan Jett's "Bad Reputation," they arrive on time, Jane is immediately greeted by Madeline and Celeste as part of the inner circle. Though a secret binds these women together, it seems that Jane is doing well.

Jane also has to get to work! Unlike her friends, who work because they want to (like Madeline selling real estate) or wish they could work (like Celeste, who does not seem to have gone back to lawyering yet), Jane has a job at the famous Monterey Bay Aquarium. She's introducing students not much older than Ziggy to octopus and snakes and such when one asks why beautiful animals are so deadly. From across the room, Jane's coworker, Corey, pipes up:

Sometimes pretty colors are to give a fair warning, so other animals know they need to keep a safe distance.

The look he exchanges with Jane clearly says he's thinking at least one animal is pretty, and he might not be thinking about steering clear either.

Fans get that confirmed on the beach later that day, as Jane has a private dancer moment playing with the water's edge. Corey walks up, ready for surfing and sort of warns her the dancing isn't going unnoticed. "Are you on the spectrum?" he asks, reminding her if parents see anything that could be deemed "off," they might not let their kids come to the aquarium.

Jane nods, deciding not to take what is clearly meant as friendly advice personally, despite his use of "psycho." But, as Corey notes, she knows perfectly well people in this town talk, and it's not some dancing on the beach that will hurt her.

"You're one of the Monterey Five, aren't you?" Jane's eyes widen in confusion. Corey nods: "You were there the night the guy fell."

Jane is totally thrown off balance by this, demanding to know where Corey heard that. He shrugs, clearly he doesn't think much of it or that it matters, as he heads off to catch a wave. Jane is left on the beach, silently stunned. Perhaps she gives a damn about her bad reputation after all.