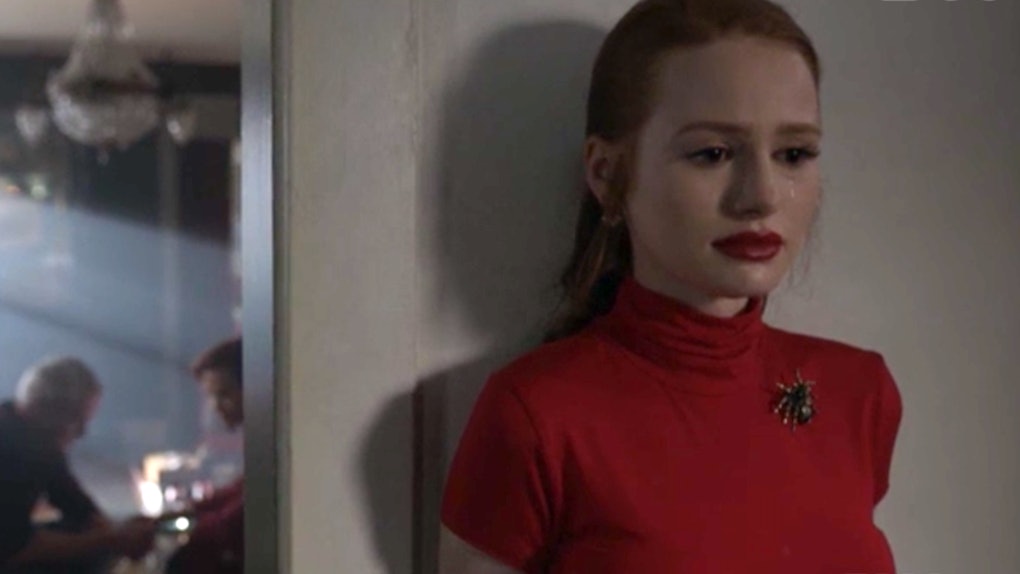 Who Is Claudius Blossom On 'Riverdale'? The New Character May Threaten Cheryl

Riverdale isn't done introducing mysterious new characters yet. Wednesday night's new episode brought a deceptively familiar face back into town when it appeared that Clifford Blossom had returned from the dead, but actually, we met Clifford's twin brother, Claudius Blossom. Boy, is this family full of twins! Although he seems nice enough at first, it looks like Uncle Claudius may be hiding a devious ulterior motive for coming back to town. So who is Claudius Blossom on Riverdale anyway, and what is he planning?

Spoiler alert: Don't read on until you have seen Riverdale Season 2 Episode 15 "There Will Be Blood." The new episode of Riverdale mainly focuses on the Lodge family finally revealing their secret plan for the town (they want to build a private prison where Southside High is) and the discovery that Chic Cooper isn't who he says he is (Betty had his blood tested), but the episode also introduced a brand new player into the twisted mystery. After Clifford Blossom's will names Cheryl as the heiress to half of his fortune, a man who looks exactly like Cliff enters the room. Being the true drama queen she is, Cheryl faints upon sight, thinking that her father has returned from the dead, but after she wakes up, her mom and grandmother explain that Uncle Claudius is Clifford's twin brother.

Yep — it's a surprise twin reveal. To cover up any plot holes, Claudius goes into a lengthy explanation about why Cheryl has never heard of her uncle before now. Apparently, Claudius was the twin being groomed to inherit the Blossom family fortune, but on his 14th birthday, Clifford pointed a rifle at his face and warned him about the Blossom family curse. According to the curse, one Blossom twin always meets a violent end, often at the hands of the other (Uh oh, someone should probably warn Polly's babies!). Anyway, Cliff told his brother that he would spare his life if Claudius disappeared from town, so Claudius joined the Marines and did not return to Riverdale until he heard that Clifford had died.

With all that backstory out of the way, Claudius actually comes across as a pretty nice guy during a get-to-know-you dinner with Cheryl, Penelope, Nana, and the burgeoning love interest Toni Topaz. He makes a coy remark about the island of Lesbos that is received with laughs (except from Penelope), and seems to win over Cheryl's favor. By the end of the meal, he has also secured himself a room in the Blossom home, so we will definitely be seeing a lot more of him.

Although he came off pretty well at dinner, his devious true intentions start to come out when he is alone with Penelope later that night. As the two listen to Hermione Lodge announce her candidacy for mayor (yeah, that's another scary issue entirely), Claudius utters that he has been dreaming about getting his revenge on the Lodge family. But Penelope seems to remind him that they are first going to do something about Nana Rose and Cheryl, which Claudius agrees to:

CLAUDIUS: The Lodges. How often have I dreamt of getting my revenge on them?

CLAUDIUS: Of course, Penelope. Our house must be put in order.

One bit of good news is that Cheryl managed to listen in to this conversations, so she knows that her mom and uncle are up to something. Still, I'm really worried for Cheryl, you guys!