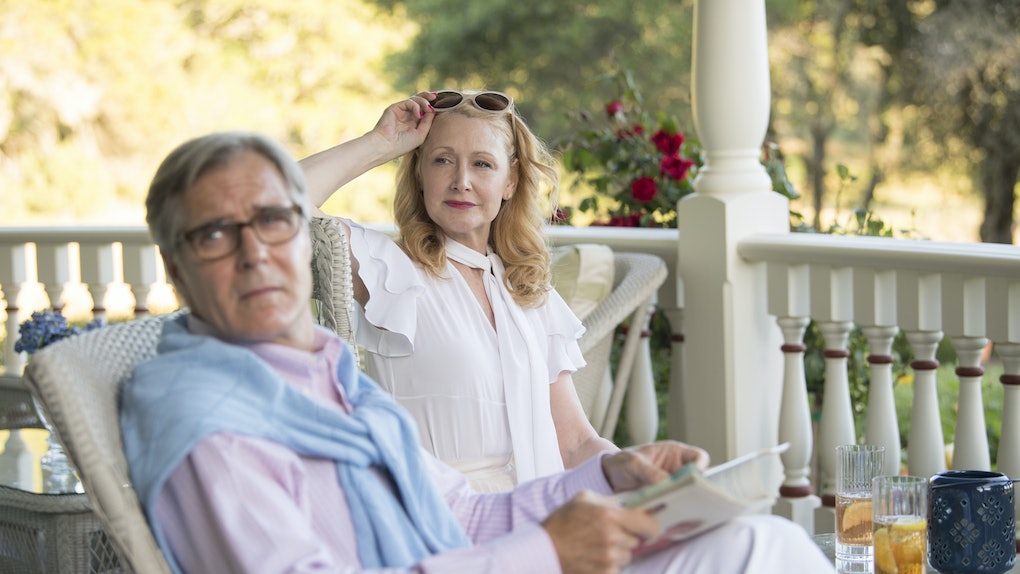 Who Is Camille's Father In 'Sharp Objects'? Adora Has A Strong Hatred For Him

Last week's episodes of Sharp Objects ended on one of the most horrifying notes of the series so far: Adora's apology to Camille. She didn't apologize for being a horrifically controlling mother, or for being a narcissist who never treated her eldest daughter right. She didn't apologize for still being a terrible person who can't behave right towards her now-grown daughter. She apologized for never loving her because she hated Camille's father so much. But, who is Camille's father in Sharp Objects? Warning: Spoilers For Sharp Objects follow. This post only discusses the happenings in the TV series so far.

If there was any question Adora was a monster before this, that scene sealed the deal. This week didn't get any easier either, as Adora seems to be regretting her moment of honesty, and has turned on Camille completely. From refusing to tell her about the evidence found in the "pig pond" to sneering at her attempts to interview Adora to learn what is happening in the investigation, Adora seems to have gone into lockdown mode.

She wants Camille gone, never to look at her again. And it all seems to be because she doesn't want a reminder of the man who knocked her up back when she was 17. But who was he?

Real talk: The book never reveals who Camille's father is, and I don't think the show plans to change that. All Camille says is the following:

Some boy from Kentucky who she met at church camp came for a Christmas visit and left me in her belly.

But Adora's hatred of this man rules out a few suspects. For instance, some have speculated that Chief Vickery might have been the father. But Adora, well, adores him. Her husband Alan finally grew a spine for a half a second he was so jealous of her relationship with Vickery. (Don't worry, he got better.) Whatever Vickery and Adora's mysterious connection is, he's not the father.

But in truth, it doesn't really matter who Camille's father is. His absence is the most important thing about him.

The point of Camille's parentage is that it makes her an outsider. In Camille and Alan's fight this week, she muses they were never close. He may have raised her as his own, but he was Alan, not dad. Camille's outsider status has also made it so she could escape from Adora's clutches.

She was able to escape to St. Louis because she was rebellious and willful, traits Adora insists she must have inherited from her father. In truth, they're traits she developed because she was being emotionally rejected by her mother. Those traits are also why she can see Wind Gap for what it is, see the suspects for who they are, and maybe one day even see her family for what they've done to her.