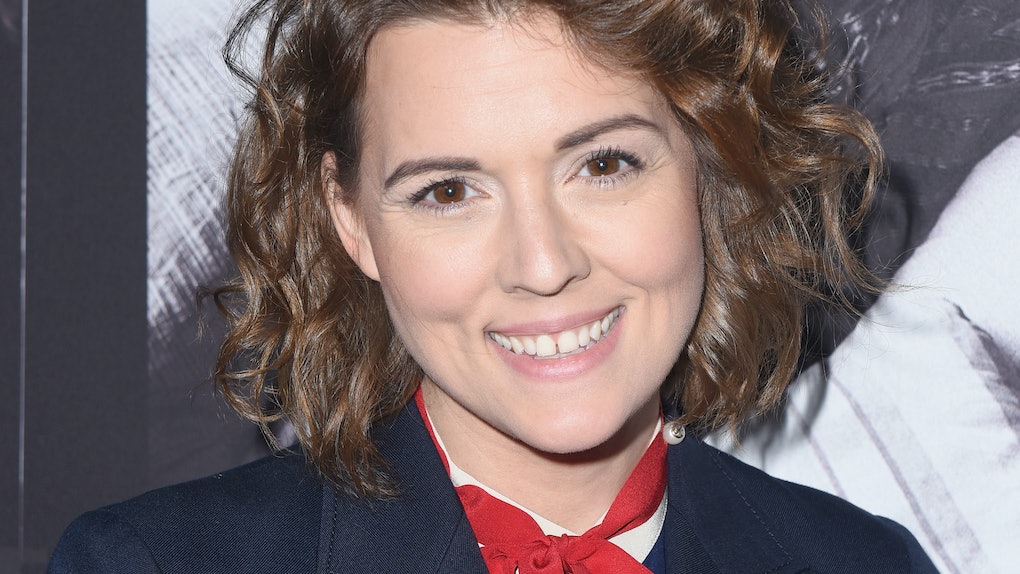 Who Is Brandi Carlile? This Incredible Singer-Songwriter Is So Relatable

Everybody settle in, because we have to talk. American singer-songwriter Brandi Carlile is splattered all over the 2019 Grammy nominations which means it's time to get hip with her and her music if you aren't already one of her millions of followers. If you're wondering, "Who is Brandi Carlile?" you won't be for long. In fact, she's already been around for a long-ass time. Her seventh album By The Way, I Forgive You has earned her serious recognition in the music industry, but is by no means her first rodeo putting together a soulful body of work.

Carlile is a 38-year-old musician, wife to her partner Teresa, and mother to their daughter, Evangeline. According to Carlile, By The Way, I Forgive You is one of her most open and honest albums touching on subjects like blended families and stepping into motherhood. One of her most poignant songs on the album is called "The Mother," inspired by her own experience welcoming her daughter into the world.

Carlile told Rolling Stone, "At the time, I wrote the song 'The Mother' because I had struggled to kinda click into my role as a gay mother that didn't carry my children." She added,

I really struggled when Evangeline first came into the world to really know who I was because I wasn't breastfeeding her. I didn't carry her. So, I knew I was mom but I didn't feel like mom and I actually wasn't being treated like mom either in society. And, I wrote that song about learning for myself who I was to Evangeline.

It's this kind of vulnerability that makes her music so special, but — not for nothing — the girl can sing, too. She can sing so well, in fact, she's received nominations for Best Song, Album, and Record of the Year, a trifecta only two other artists, Drake and Kendrick Lamar, have achieved this year.

Carlile also received nominations in the Best Americana Album, Best American Roots Performance, and Best American Roots Song categories. She expressed she feels society is in the middle of a serious time of change which might be what's attracting people to her and her fellow nominees' revolutionary music. She explained,

I’ve thought a lot about the evolution of protest music, and how asleep it was for such a long time, and how the people leading the charge now, where they’re minorities, where they’re queer, where they have different concepts of gender persuasion and ethnic backgrounds, those are our Bob Dylans and Jonis and Buffy Saint-Maries. They’re leading the charge... The word gets thrown around a lot, but to be nominated alongside them because of exposing myself emotionally is truly an honor.

Tune into the Grammys on CBS, Sunday, Feb. 10, at 8 p.m. EST to see what Carlile walks away with. And in the meantime, seriously get your hands on her album. It's so worth it.