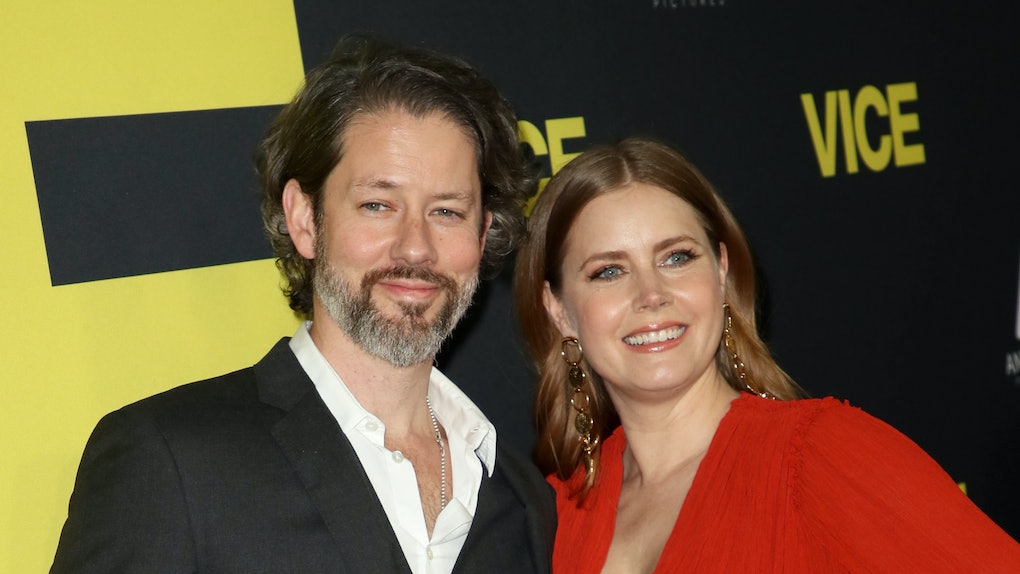 Who Is Amy Adams’ Husband? Darren Le Gallo Has An Impressive Acting Career Just Like Amy

There's no denying that the 2019 Golden Globes is a really big night for Amy Adams. The talented ginger is nominated for her amazing work in both television and film this year, and like, what a queen! She's up for Best Supporting Actress for the movie Vice, and for Best Actress in a Limited Series or Made for Television Movie for her lead role in the HBO drama Sharp Objects. I'm guessing her date to this double-whammy of an event will be her husband, Darren Le Gallo, since she usually taps him as her plus-one. So who is Amy Adams' husband? I needed to know the deal ASAP because these two have been married for almost four years and still seem so, so in love.

OK, so here's what I dug up: Le Gallo is apparently also an actor, and Adams met him at an acting class back in 2001. The pair didn't start dating until a year later, though, when they crossed paths again while working on a short film called Pennies.

"I just found him to be such a genuine, caring person," Adams told Vanity Fair. "And assertive! He demanded that we go out on a date. He said, 'I know you’re getting over this [other] guy, but I’m taking you out on Wednesday.' And I was like, 'And so you are!'"

Adams and Le Gallo got engaged in 2008, welcomed their daughter, Aviana, in 2010, and then finally tied the knot 14 years after meeting in 2015. It may have taken forever for these guys to walk down the aisle, but the drawn-out timeline is clearly working for them. I mean, just look at them on the red carpet at the premiere of Vice on Dec. 11:

And check out this throwback pic Le Gallo recently posted on Instagram of himself with Adams during the very first week they started dating:

He called her "my lady," you guys!

Of course, by the time these two "kids" got engaged six years later, Adams would be a legit superstar thanks to a little film called Enchanted — maybe you've heard of it?

According to IMDB, Le Gallo has had small roles in films like Date Night and Trouble With The Curve. But his main focus appears to be his art, which The Trigg Ison Fine Art Museum describes as being "somewhere between Surrealism and Expressionism," and which has been on display in museums across the country.

But even as Adams' acting career continued to skyrocket through the years, Le Gallo reportedly remained amazingly supportive.

"We have a friend who said to him, 'I couldn’t do what you do, I really couldn’t,'" Adams told The Guardian in 2016. "What, show up for your wife? That’s really sad. He has sacrificed a lot. He travels with me and helps to keep the family together, and I really do appreciate that. But I don’t value it because he’s a man doing it, I value it because he’s my partner."

Um, does Le Gallo have a brother? Asking for a friend.

More like this
Kathryn Hahn Hopes To Explore Agatha's Backstory In Future Marvel Projects — EXCLUSIVE
By Dylan Kickham
Where Is The 2021 Oscars Ceremony Being Filmed? The Location Is So Different
By Umber Bhatti
Kanye West's New Netflix Docuseries Sounds Epic, But Will It Feature Kim Kardashian?
By Brandy Robidoux
Stay up to date