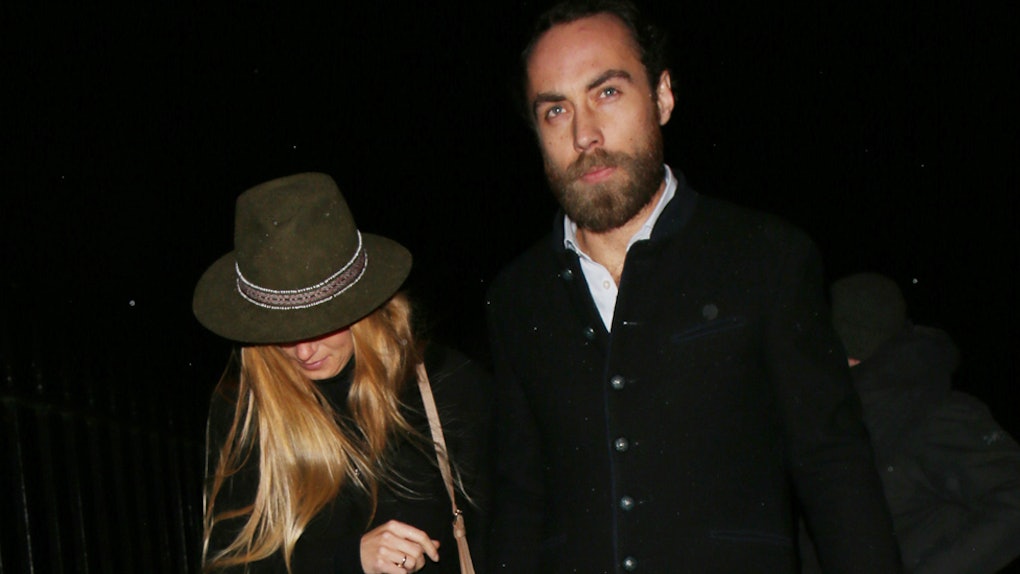 Who Is Alizee Thevenet? Here’s Everything We Know About James Middleton’s New Girlfriend

I have to be honest. Last week, I didn’t even know that Kate Middleton, Duchess of Cambridge, had a brother. Now that I do, I’ll never be the same again. His name is James, and although he may not technically be royal, he is the new king of my heart. I guess what I'm saying is: Dude is ridiculously handsome. He’s also very taken, and he made it Instagram official with his lady love, Alizee Thevenet, on May 8. So, of course, I can't help but wonder, who Is Alizee Thevenet? It turns out, she’s not only ridiculously good looking in her own right, but she’s also just pretty awesome and impressive in general.

According to The Daily Mail, Thevenet’s childhood was a fairly unusual one, because she reportedly grew up in six different countries: Germany, Indonesia, Chile, France, Belgium, and England. Her father, Jean-Gabriel Thevenet, reportedly told the publication that she speaks three languages. “Alizee spoke Spanish very well when we lived in Chile although we always speak French as a family, but she did not really speak English until she moved to London,” Mr. Thevenet said.

While the striking Thevenet may look like a model, she’s actually a financial expert. According to her LinkedIn profile, she graduated from the Queen Mary University of London in 2013 with a masters degree in investment and finance. Before that, she got her undergraduate degree in accounting and finance in Brussels. She currently works in finance as an analyst for ITG (Investment Technology Group) in London. Prior to that, she worked in marketing and consulting. I told you she's awesome.

So, how did a finance and investment expert meet a royal-adjacent novelty marshmallow tycoon (Middleton is the the "Wonka-in-Chief," aka owner, of a novelty marshmallow company called Boomf)? While the couple has not shared the story of their meet-cute, a family friend reportedly told The Daily Mail it was surprisingly relatable: They reportedly met at bar. “James offered her a drink and Alizee did not know who he was until her friend told her,” the source reportedly said. She added that things seem like they're headed in the right direction for these two. “She has already spent time with his family in the family cottage. Things are getting serious between them,” the source reportedly said..

Honestly, it sounds like Thevenet and Middleton are pretty much a perfect match. So, consider me officially all in on their love story.