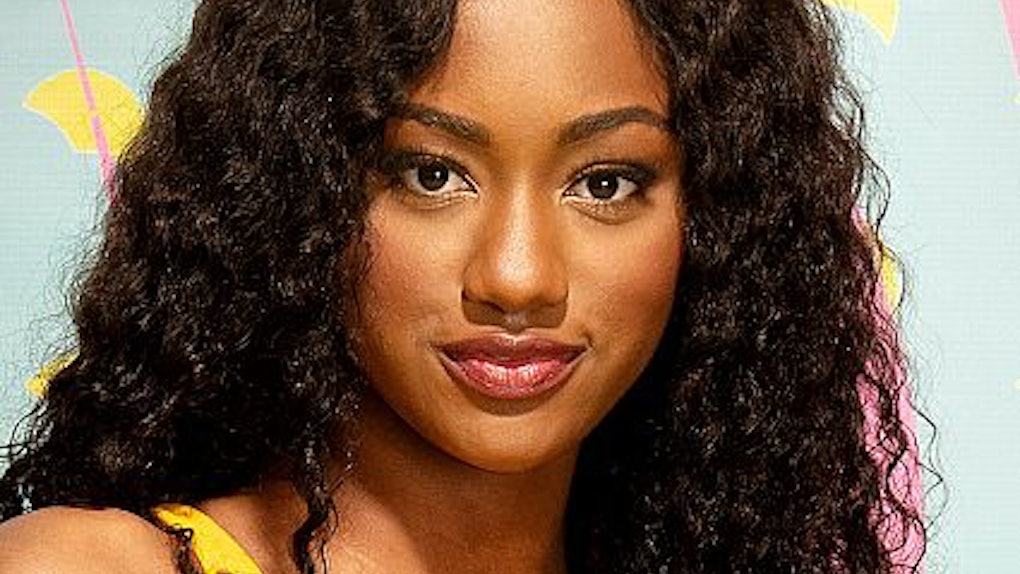 Who Is Alana On 'Love Island'? Here's What You Should Know About The Reality Star

Move aside, Bachelorette, there's a new summer obsession for romantics everywhere. Love Island premiered on CBS on July 9 and it's already got fans talking. The new-to-America series brings together 11 single people — known on the show as "Islanders" — to couple up and find love on a tropical island. Similar to the way Bachelor in Paradise works, the Islanders of Love Island can couple up with any contestant of the show, and in place of Rose Ceremonies, Love Island has Coupling Ceremonies. In the first Coupling Ceremony, two people who have already gotten a lot of attention from audiences, Alana and Yamen, coupled up, and the chemistry between the pair is making them an early fan-favorite couple. But who is Alana on Love Island? She sounds pretty serious about falling in love.

Alana is a 21-year-old college student from New Haven, Connecticut. According to her CBS bio, she is a rising senior at Bowdoin College, where she is majoring in Africana studies with minors in Asian studies and English. Her bio also says that she's "a very optimistic person that tries to look for the lessons in everything." It sounds like Alana has a winning personality — evidenced by the fact that she was named prom queen in high school even though she did not run, campaign, or nominate herself.

Alana's Instagram says that she's a "Singer/Song Writer/Model," and the account provides plenty of evidence of that. She has a Soundcloud link to her song "TLC" and plenty of modeling shots.

Alana also says that she's never been in a serious relationship, but that's something she hopes to change and it's why she signed up to be on Love Island. According to her CBS bio, "her ideal romantic partner is funny, adventurous, ambitious, and can hold a conversation." A lot of fans are hopeful that Yamen is that person for Alana.

This is the first season of Love Island in the United States, but it's already been going strong in the United Kingdom for five seasons. When recreating the show for an American audience, the producers were especially conscious of making sure they put together a cast of people who are serious about beginning relationships. ITV America chief creative officer and executive producer David Eilenberg told The Hollywood Reporter:

We have cast, most of all, on sincerity of intent. No matter what other attributes somebody has, they have to have some degree of really wanting love, a connection, an adventure and something that can be transformational for their lives. Once you see that the person is in it for the reasons that drive the show, then you're interested in the diversity of characters, their backgrounds and viewpoints.

Love Island is similar to shows like Bachelor in Paradise in a lot of ways, but it differs in one big one: It's on five nights a week, airing on CBS at 8 PM every single weeknight. That means that fans don't have to wait very long between episodes to find out what happens. It also means fans will get to see Alana and Yamen continue their romance very soon — that is, as long as no one gets in the way. At the end of the July 9 episode, another Islander named Kyra said that she was interested in Yamen. Hopefully she doesn't stand in the way of Alana starting her first serious relationship.