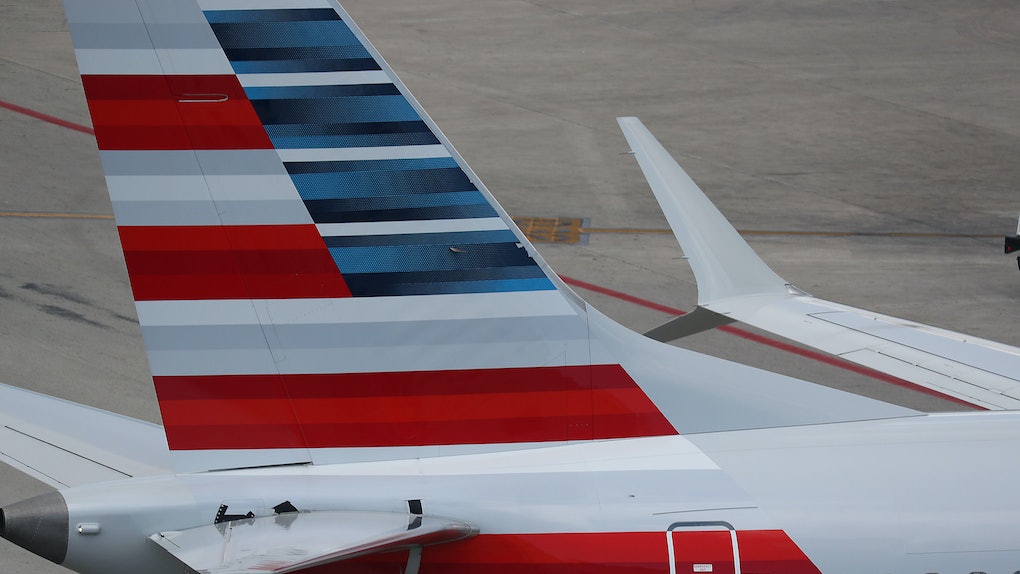 Which Airlines Fly The Boeing 737 Max 8? Not All Of Them Have Dropped The Jet

In the wake of the crash of an Ethiopian Airlines flight on Sunday, March 10, which is the second crash of a Boeing 737 Max 8 jet in five months, some people are seriously on edge about traveling. Nerves are through the roof, and many are likely wondering: Which airlines fly the Boeing 737 Max 8? Because (if they're anything like me), some travelers might be thinking about avoiding this aircraft until more answers are revealed. Elite Daily reached out to aircraft manufacturer Boeing for comment on the crashes, but did not immediately hear back.

UPDATE: On Wednesday afternoon, President Trump announced that his administration, in conjunction with the U.S. Federal Aviation Administration, was issuing an emergency order to ground all Boeing 737 Max 8 and 9 jets in the United States. Trump said the grounding comes after further evaluation of evidence obtained from the Ethiopian Airlines crash. "Any plane currently in the air will go to its destination and thereafter be grounded until further notice," Trump said. "The safety of the American people and all people is our paramount concern."

EARLIER: While there are plenty of airlines that use the model, many have grounded the aircraft pending further investigation. You can see a list of those here. With that, it looks like the airlines that still use the aircraft are American Airlines, Southwest Airlines, Flydubai, and WestJet. Elite Daily reached out to these airlines for comment, and was told by Southwest that the company is keeping close tabs on the investigation into the cause of the crash. "We remain confident in the Safety and airworthiness of our fleet. Our 34 MAX 8 aircraft produce thousands of data points during each flight which are constantly monitored. To date, we have operated more than 41,000 flights and have corresponding aircraft data that indicates the effectiveness of our operating standards, procedures, and training," the statement continued. American Airlines told Elite Daily via email, "American also regularly monitors aircraft performance and safety parameters across our entire fleet, including extensive flight data collection. That data and analysis, along with our strong safety record and the FAA’s guidance, give us confidence in the safety of our fleet." WestJet said its company remains "actively involved in discussions with Transport Canada, Boeing and fellow Canadian operators of the Boeing Max 737 aircraft and reassures our guests and employees that we will continue to fly with their safety and best interests at the forefront." On March 13, Canadian air officials announced that the planes would not be allowed to fly in Canadian airspace over safety concerns, while noting that there was no "conclusive" evidence the planes were unsafe. Flydubai did not immediately respond to Elite Daily's request for comment.

Some planes might be grounded for the moment, but, according to CNN, the U.S. Federal Aviation Administration (FAA) says that there are 350 Boeing 737 Max 8 aircrafts in global operation being used by 54 operators. Elite Daily reached out to the FAA for confirmation, but did not hear back by the time of publication. Boeing has a full list of airlines that use the aircraft on its website.

It seems like some people have been more anxious than ever about flying following the March 10 Ethiopian Airlines crash that resulted in the deaths of all 157 people on board. It was the second crash involving the Boeing 737 Max 8 aircraft in roughly five months, following the Lion Air crash off the coast of Indonesia killed 189 people back in October 2018. The Lion Air crash is speculated to have been caused in part by a software glitch on the Boeing jet, which may have caused the flight control system to repeatedly force the plane's nose down, and of which flight crews may have been unaware, per The New York Times. Elite Daily reached out to Lion Air for comment regarding maintenance on the planes and whether flight crews knew of the software system, but did not immediately hear back. While no evidence has linked the two crashes, both pilots supposedly reported problems after takeoff and requested emergency landings. Ethiopian Airlines and Lion Air did not immediately return Elite Daily's request for comment on the reports.

On the heels of the most recent crash, it's been reported that at least two other pilots reported issues with the aircraft in recent months. According to the Associated Press, both pilots, whose names and airlines are not publicly available, said that after turning on the autopilot feature, the planes took a sharp dive. One pilot said that in one instance "the nose pitched downward and the plane began descending at 1,200 to 1,500 feet (365 to 460 meters) per minute." However, the issue apparently went away after disengaging the autopilot. Elite Daily reached out to aircraft manufacturer Boeing for comment on the airworthiness of the jet, but did not immediately hear back.