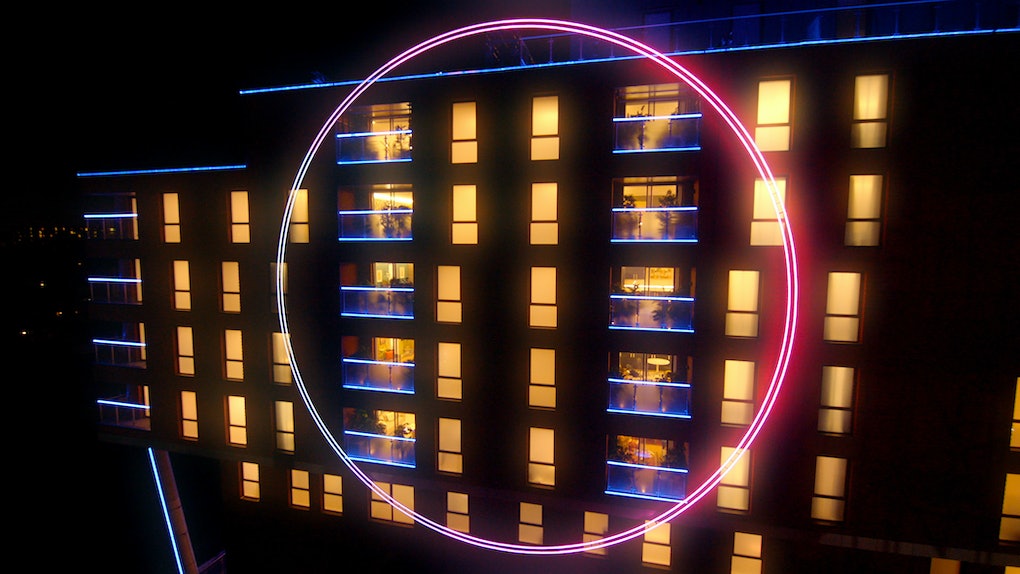 Where Is 'The Circle' Season 2 Filmed? The U.S. Version Is Catfishing Fans

Netflix's The Circle is known for its catfishing ways. Contestants are sequestered away in lavish apartments and can only contact one another through a special social media platform called the Circle. Although some play the game as their authentic selves, others hide behind fake profiles, hoping to fool their peers. However, what viewers may not know is that Netflix is in on the fake-out fun too. Footage of The Circle includes exterior shots of U.S. cities, making it seem like the show is set somewhere like Chicago. But where is The Circle Season 2 actually filmed? The iconic building is nowhere near the United States.

It turns out, The Circle is actually filmed in a town called Salford, near Manchester, England. Although it might seem strange that Netflix decided to fly contestants to a different continent during a pandemic (Season 2 of the reality show began production last May, coinciding with the start of the coronavirus pandemic), that's actually where headquarters are based. The Circle is actually a UK show that later expanded to include the U.S., France, and Brazil.

According to Tim Harcourt, who created the original The Circle, shots of U.S. landscapes were included in Season 1 to familiarize American viewers to the show. "We added U.S. cityscapes to give it an American feel for the majority of the audience who assume it is somewhere in the U.S.," he told Vulture in 2020. Similarly, shots of Brazilian and French cities are included in the Brazilian and French versions of the series, respectively. Apparently, Season 2 of The Circle U.S. simply kept up that tradition.

Not only was Netflix able to safely film Season 2 of the U.S. version of The Circle in England, but it may have filmed a third season as well. According to a tweet from entertainment reporter Martin Holmes, The Circle "wrapped up filming two new U.S. seasons" back in late 2020. Although Netflix hasn't yet confirmed a third season is already filmed, the streamer did renew the show for Season 3 back in March 2020, so this rumor could very well be true.

Although some may be a bit peeved by The Circle confusing viewers about where it's filmed, that's just a part of the game, baby. For more catfishing delights, check out the first four episodes of Season 2, which are currently available on Netflix. New episodes come out on Wednesdays.