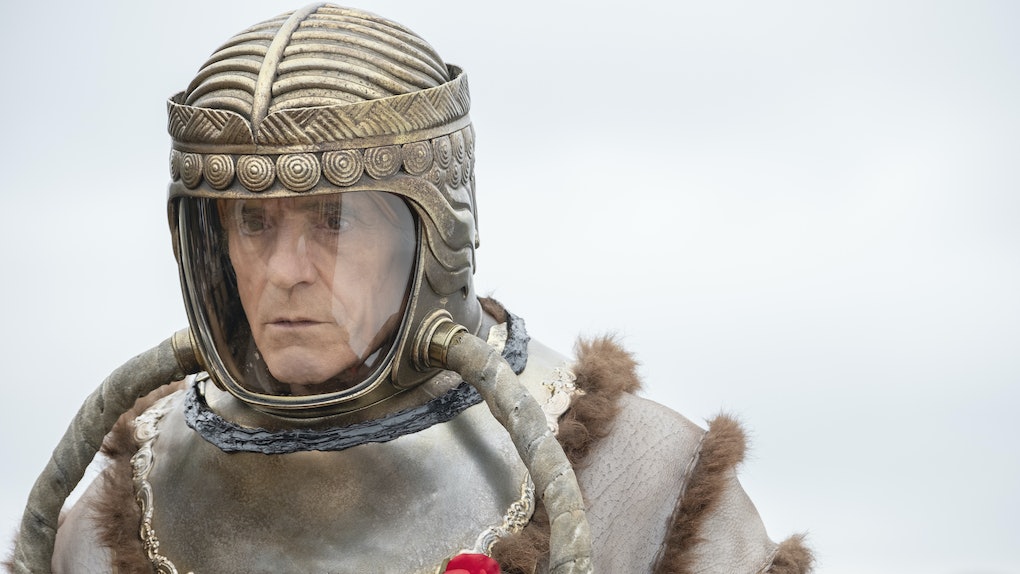 Where Is Adrian Veidt? 'Watchmen' Finally Revealed His Undisclosed Location

Up until now, Watchmen has been bifurcated in its storytelling. The bulk of the action happens in Tulsa, where the death of Chief Judd Crawford has set off a firestorm big enough to bring in the FBI. Detective Sister Night (aka Angela Abar) and Agent Laurie Blake are currently investigating trillionaire Lady Trieu who may be involved. But far away in a castle, there's a whole other story going on with Adrian Veidt and his clone craziness. Fans keep asking, where is Adrian Veidt? His comic relief interludes may be over. Warning: Spoilers for Watchmen follow.

When fans were introduced to "the Lord of the Manor," it seemed like he was living in an old castle, with only a pair of servants for company. But little by little, that impression has collapsed. The servants are clones; the castle is a prison where a "Gatekeeper" keeps him in line. Once the show revealed this was missing former superhero Adrian Veidt, who has been declared dead, fans started wondering where and why he was imprisoned, and by who.

In Episode 4, "If You Don't Like My Story, Write Your Own," Veidt murdered dozens upon dozens of his clones. Then he grew a new pair to help toss the bodies into the sky with a catapult, where they winked out of existence.

In Episode 5, "Little Fear of Lightning," when the series returns to Veidt, he's squeezing into a spacesuit from an 1880s Jules Verne novel. Dozens of clones are preparing for the launch of their master. With a rope tied to his back, they load him into the catapult and send him into the sky.

He breaks through the atmospheric dome and out into space. He lands on the ground, where hundreds of broken clone bodies litter the landscape. The suit holds airtight, as he gazes around. Jupiter is rising on the horizon. Veidt checks his watch and gets to work, moving the frozen bodies, breaking off limbs. He's making letters aimed at a satellite passing overhead.

Veidt is jubilant. He's created a message in the sand of his mysterious space-bound island and broadcast it to a passing ship.

But where is he? Fans assumed he was on Mars, from this shot of Doctor Manhattan creating a castle. But that doesn't line up with the landscape. Jupiter is far too close, and Mars is visible between wherever Veidt is now and Earth. Veidt must be on a moon, but which one remains a mystery.

Then the rope snaps, yanking Veidt back into his prison dome. The clones gather around, but they're not the ones who brought him back. The Gatekeeper has arrived, and he disapproves of Veidt's antics. He declares the man under arrest "by the power vested in me by the Gods of these lands."

Veidt protests, there are no gods, sneering: "He's abandoned you!" The clones are shocked, but not as shocked as when the Gatekeeper puts his boot to Veidt's face. But he admits this is correct. The "god who made them" (most likely Manhattan) probably won't return.

But that doesn't mean Veidt isn't under arrest for his disobedience. "No mercy it is then," the Gatekeeper tells him as he kicks Veidt in the face again, knocking him out.