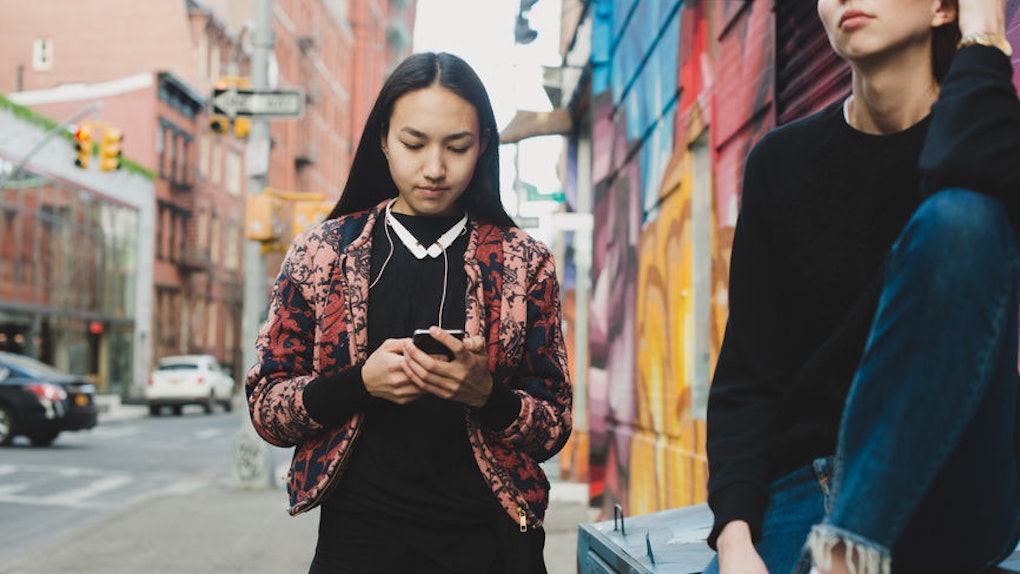 When Your Best Friend Is Bad At Texting, These 7 Struggles Are So Real

I love my bestie, I do, but if there were one thing I could change about her, it would be that she'd be better at texting. I can't tell you how many times I've had to text the same question over and over again for just a simple one-word response. I know I probably say it a lot, but this is really when the struggle is all too real. When your best friend is bad at texting, it not only makes it harder for you to plan out your crucial best friend activities, but you really just want to know if she thinks that meme you sent her is funny or not. Is that too much for a girl to ask?!

You've probably gone back and forth about how on Earth someone could be bad at texting in 2018 — especially when we're constantly glued to our phones. But your best friend is special, and that's why you love her. Though, to be honest, these seven struggles you experience from her lack of texting abilities want to make you roll your eyes. (This would be the perfect time to send an eye rolling Gif, but of course, she probably wouldn't see it.) This is why we can commiserate together about our own struggles while waiting for our BFFs to finally text us back.

1. Any Simple Hang Is A Chore To Plan

Something as easy as picking out a movie to see Friday night is a real chore. Forget having to do laundry — this is really where the work comes in. In fact, you could probably do 15 loads of laundry before your best friend ever gets back to you about what movie she wants to see. After celebrating the fact that she texted you back, that's when you realize you need to pick a time, and waiting for a response continues.

If you could scroll through your text history right now with your BFF, it would look very one-sided. There's no denying that it's mostly blue text bubbles from you, as you're constantly asking what she's up to, or sending funny memes you know she'll love. When you finally spot a rare gray bubble from her, you treasure that response like it truly is golden.

3. You Try Other Ways Of Getting In Touch

Since texting doesn't seem to work, you try to find other ways of keeping in touch. You've replied to her Instagram stories, tried FaceTime-ing her, G-Chatting, and even attempted a Slack channel. Whenever a new way of communicating comes out, you both test it out, just in case that could be the one way of getting a response from her.

4. You've Honestly Thought About Having An Intervention

You're not the only one who has struggled from getting a reply out of your friend. In fact, as her bestie, you actually get more replies than anyone else. It's still not a lot. You've joked with other friends about potentially having an intervention to help her become a better texter, but it's always just a joke.

Even when you have a speech all prepared to give her about how she needs to text you back, you forget about it when you're hanging out and having fun together.

5. You Have To Keep Reminding Yourself It's Not You, It's Them

When your bestie doesn't text back right away, you're constantly second-guessing yourself and wondering if you're being too much of a nag or she's mad at you. That's when you have to remind yourself that it's not you; your friend has openly admitted that she's terrible at texting. You also don't have this problem with anyone else, so before you start panicking that you're being overbearing, just remember to not take it so personally. As a fellow person who has a BFF whose texting game is not on point, I can assure you, you're not being annoying.

6. You've Given Up Sending Her Funny Gifs Or Memes

There are so many funny memes, videos, and Gifs you want to send your bestie for a laugh, because you know she'll enjoy it, but it'll be light years before she actually sees it. That's why you give up sending her funny things in the moment. Instead, you start a note in your phone to save these funny things you want to show her, and next time you're in the same room together, you finally share them all.

7. You Know To Give A Long Window For A Response

You know your BFF's response window must be open for a very long time. It could even take a day for a proper "yes" or "no" from her, so in order to give yourself enough time, you only ask questions that will allow for that delayed response. You know emergencies aren't for texting. If you need to get in touch with her sooner, you call (but even then it's a gamble) or show up at her house.

More like this
39 'Shadow And Bone' Quotes From The Dregs For Pics Of You & Your Squad
By Rachel Chapman
How You Love To Be Spoiled, According To Your Zodiac Sign
By Roya Backlund
25 'Schitt's Creek' Quotes For Graduation & Loving This Journey For Yourself
By Rachel Chapman
Stay up to date