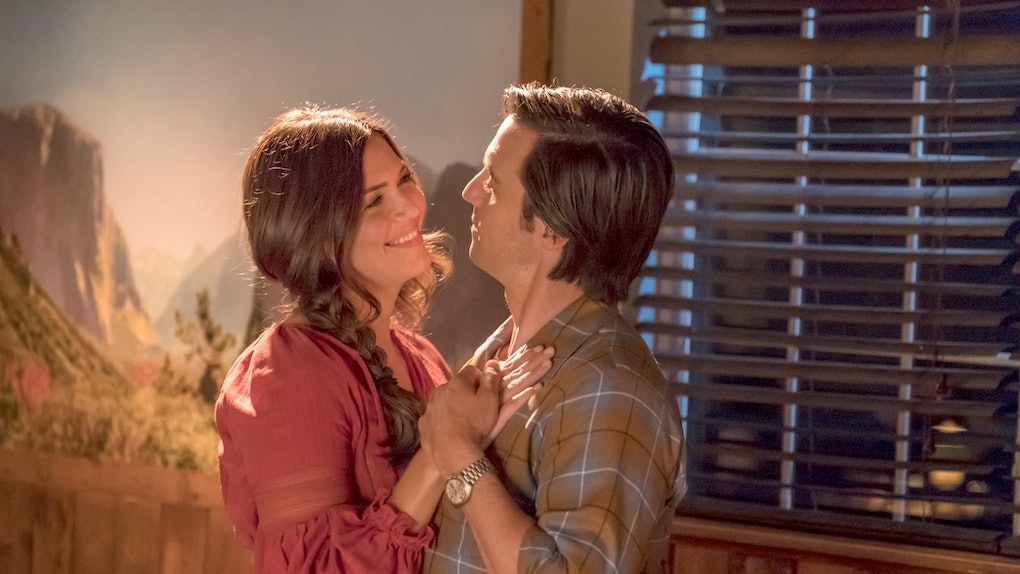 When Will 'This Is Us' End? Season 6 Will Likely Be The Show's Finale

With multiple timelines and an endless supply of distant family members often bunking at Randall's house, This Is Us isn't running out of steam anytime soon. When the heart-wrenching truth about Jack Pearson's death finally surfaced last year, present-day life changes and new mysteries about the family's future fueled fans' interest in the series even more. But seeing as every TV series has to cross the finish line someday, when will This Is Us end? The show's producers have revealed that Season 6 will likely serve as the series' grand finale.

Speaking to Deadline recently, This Is Us producer and showrunner Isaac Aptaker said he and his team were anticipating "about three seasons in the future” before wrapping the series. Any other show should probably be careful about counting its chickens before they hatch, but This Is Us is definitely an exception when it comes to discussing more seasons. At the peak of its freshman success, it was renewed for Seasons 2 and 3 in January 2017. While NBC has yet to confirm the show's return for a fourth season, its renewal is practically a guarantee. But now with a tentative ending of This Is Us in sight, it looks like we should mark the first few months of 2022 with teardrops and tissues on our calendars.

While fans are still caught up in why Rebecca is "her" and whether the Big Three emerge from their current obstacles unscathed, the This Is Us cast and crew have been vocal about knowing how the series ends. Before the ongoing Season 3 aired, creator Dan Fogelman even revealed that parts of the series finale had already been filmed. While the Pearsons' long-teased visit with Uncle Nicky didn't amount to the riveting family reunion we hoped for, Aptaker has teased a "satisfying" final episode. He told Deadline:

I would hope that when we reach our ending, people think it’s a really satisfying end place, that makes sense, and it feels like they’ve watched something that is a complete piece of work because that’s really how we’re trying to plan it... We’ve had this end in mind for a long time, so we’re able to plan for it, and try to make it feel like it’s a whole, as opposed to a series that’s going to go endlessly.

I have to give the This Is Us team credit for actively working toward its end rather than taking the story in a loopy direction. As evident by the show's brief flashes into the future, this series finale will likely feature the entire family all together again. But based on the fleeting scenes we've seen, the future timeline still has a dark cloud of ambiguity attached to it. Is Rebecca dying then? Are Kate and Toby still together? What's the state of Beth and Randall's marriage? Where's Kevin?

Hopefully fans will receive another clue about the future before Season 3 wraps, but Aptaker also spilled about what the remaining episodes will definitely bring. We can expect to see Kevin and Zoe's relationship struggle after he failed to convince Nicky to change his life in a bigger way and subsequently relapsed. Beth's backstory will be explored in Feb. 19's episode, while another week will jump through different stages of her relationship with Randall. Fingers crossed that we'll see Randall as a nerdy college freshman falling for Beth's cool stoner chick.

Here's to having a few more years with the Pearson clan. Season 3 of This Is Us continues on Tuesday, Feb. 19, at 9 p.m. ET on NBC.

More like this
10 Questions The ‘Schitt’s Creek’ Finale Left Unanswered
By Rachel Varina
When Will 'Riverdale' Season 5 Return In 2021? Its Mid-Season Break Is Long AF
By Rachel Varina
'The Witcher' Season 2: Release Date, Cast, Trailer, & More Info
By Ani Bundel
Stay up to date