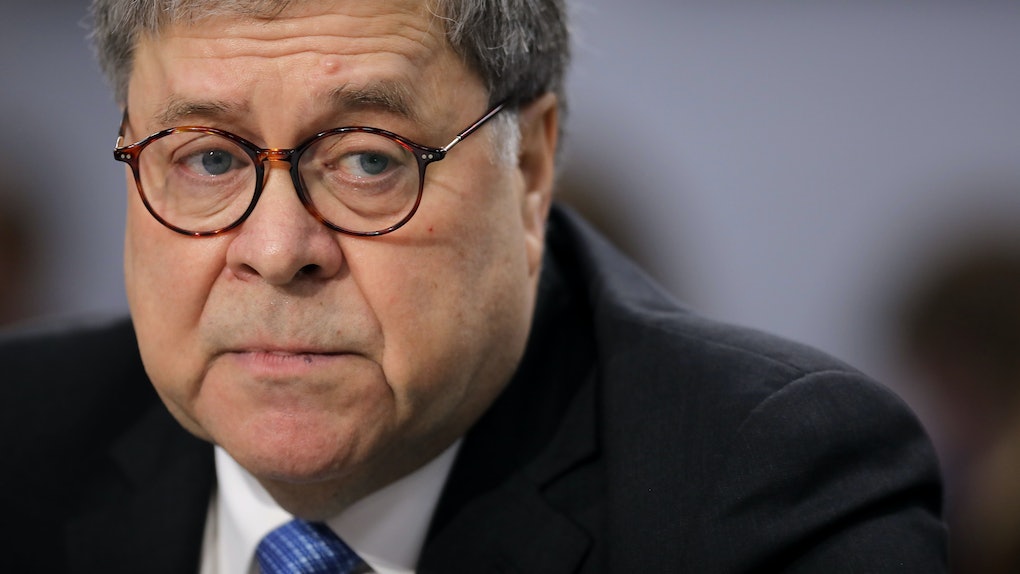 When Will The Mueller Report Be Released To The Public? Barr Set A Deadline

It's been weeks since Special Counsel Robert Mueller's probe into potential collusion between Russia and members of the Trump 2016 campaign concluded on March 22, and all we've seen is a summary of those findings. With that, you've probably been wondering: When will the Mueller report be released to the public? Well, there's good news. Attorney General William Barr told Congress on April 9 that he'll be sharing it "within a week." Elite Daily reached out to the Department of Justice (DOJ) for comment and any firmer date, but did not immediately hear back.

Barr made the admission while testifying before Congress for the first time since releasing his summary of the report. "I do think it's important that the public have an opportunity to learn the results of the special counsel's work," Barr said, according to CNN. He also noted that the report will be redacted, but said that the redactions will be color-coded to show why they are blacked out.

According to NPR, those redactions will fall into these four categories:

Those involving grand jury material, which is kept secret by law; those involving foreign intelligence, which is sensitive when it reveals the sources or methods by which it was obtained; those that implicate ongoing cases, including the investigations or prosecutions that spun out of Mueller's office; and those that would violate the privacy of people Barr called ancillary to the main story.

It's a moment people have been waiting for for what seems like ages.

On March 24, Barr shared a summary of Mueller's nearly 400-page report to Congress, writing in the letter that the investigation had found there was no collusion between the Trump campaign and Russia. Barr also wrote that Mueller's office neither implicated nor exonerated the president of obstruction of justice, but that Barr himself and Deputy Attorney General Rod Rosenstein decided the evidence submitted in the investigation "is not sufficient" to establish the president committed a crime. It's an event that raised more questions than answers, leading to the House Judiciary Committee voting to subpoena the full report on April 3. But now, that might not be necessary. CNN reported that House Judiciary Chairman Jerry Nadler (D-New York) has yet to issue the approved subpoena, but will if Barr doesn't release the report soon.

Meanwhile, the president has been on a victory lap, touting Mueller's findings and proclaiming his innocence. Shortly after Barr's summary went public on March 24, Trump tweeted, "No Collusion, No Obstruction, Complete and Total EXONERATION. KEEP AMERICA GREAT!"

Of course the "no obstruction" thing raised some eyebrows, given that Mueller didn't totally clear him, but in an emailed statement to Elite Daily, White House Press Secretary Sarah Sanders maintains that "the findings of the Department of Justice are a total and complete exoneration of the President of the United States."

Trump has arguably been just as eager to see the full report, though. On April 6, he tweeted that he has "not read" the Mueller report yet, adding that he has "every right to do so."

Well, now it's just a matter of being patient. If Barr sticks to his promise, we'll be seeing the report any moment now. Take a deep breath, everyone.