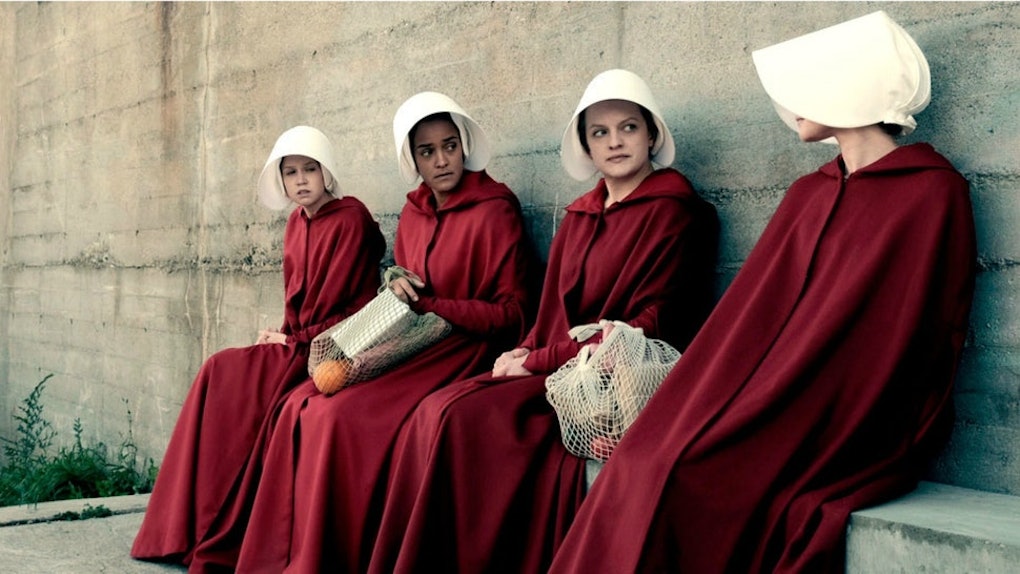 When Will 'The Handmaid's Tale' Return? Season 3 Is Still Pretty Far Away

After The Handmaid's Tale released a haunting trailer during the Super Bowl last week, fans were left craving more. The trailer set up what's sure to be a dark Season 3 of the Hulu drama, but it didn't offer a premiere date. Well, for fans wondering when will The Handmaid's Tale return, there is now an official answer. Season 3 of The Handmaid's Tale will begin on Hulu on June 5. Luckily for fans who want as much of the show as soon as possible, that June 5 premiere date will bring not one, not two, but three full episodes right away. Following suit with the previous two seasons of the series, after the first week, the rest of the 13-episode season will be released one episode at a time each Wednesday.

The June 5 release date marks exactly one year since the Season 2 finale, and it's also a couple months later than fans expected the premiere date to be. Both of the previous seasons premiered in April, so it's a little disappointing that this time around we'll have to wait longer for find out what happens next in Gilead. At the Television Critics Association Press Tour, Hulu Senior Vice President Craig Erwich said:

Maintaining the quality of The Handmaid's Tale, which is impeccable, takes time. We wanted to give the show enough time to maintain the incredibly high standards of storytelling set in Seasons One and Two.

While fans want to watch the best series possible and give the creators the time they need to make, it's still a bit disappointing to have to wait longer to see it. At least the bright side of the delayed premiere date is that now fans get the fun of saying they're watching June (Elisabeth Moss' character) in June.

The delayed premiere date does change one more big thing for The Handmaid's Tale: It won't be eligible for the Emmy awards this year. The cutoff premiere date for a series to be nominated for Emmy awards is June 1, so Season 3 of The Handmaid's Tale will be missing the deadline by just four short days. Erwich said, "The Season 3 episodes — all of them — [will be] eligible for the Emmy body when the show is qualified." So it looks like the series will just have to wait until 2020 to be up for some gold.

Season 3 will pick up right where Season 2 left off, with June dealing with her decision to remain in Gilead in order to continue the search for her daughter. Series creator Bruce Miller told The Hollywood Reporter:

I think season three, there's a level of triumph and [a notion of] 'blessed be the fight. Certainly, we're going to hit ups and downs, just like we did [in season two], but that there's kind of a level of rebellious spirit in June that will make her more hard-charging, and the victories will be a little bit more visceral.

Fans will be right there with June starting June 5 on Hulu.