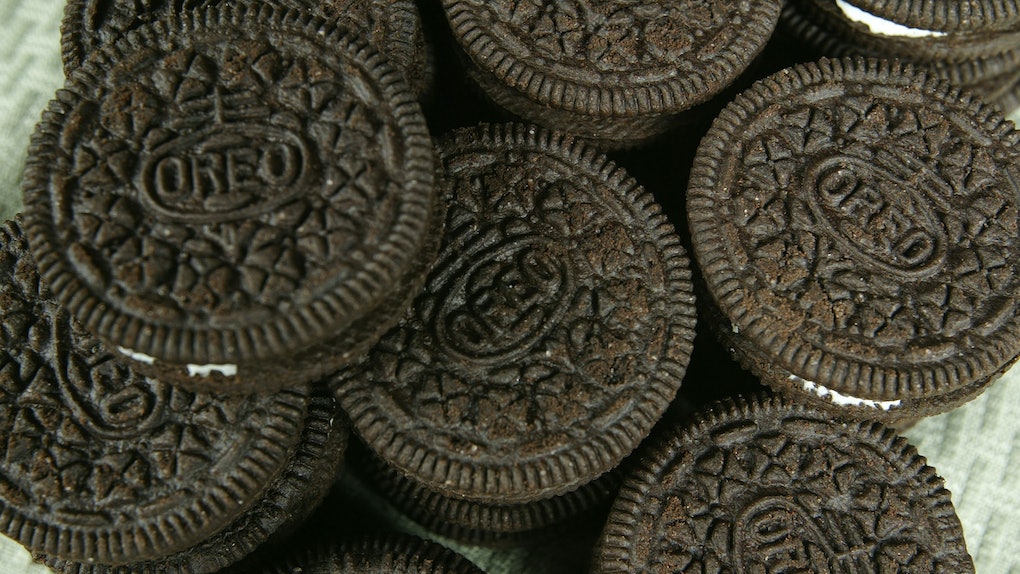 When Will Oreo Latte Thins Be Available? The New Flavor Is Coming Soon

Just days after confirming that, contrary to popular belief, Blueberry Pie Oreos won't be making their way back to grocery stores after all, the wafer company is gifting its customers a pretty delicious consolation prize. Oreo is rolling out biscuits that feature a coffee-infused creme filling, and once you see them you'll definitely be wondering: When will Oreo Latte Thins be available? Well, prepare to dunk these bad boys in your iced coffee when the weather warms up, because their release is just around the corner.

As someone who's a self-professed coffee devotee, I find it hard to believe that it's taken this long for Oreo to jump on board the java train. Considering that the company has dreamed up innovative variations like Blueberry Pie Oreos and Oreo Easter Egg Cookies with purple filling, I think that a coffee twist on the OG wafer was a long time coming.

Instagram blogger @TheJunkFoodAisle teased the news on the social media platform back in January, writing, "Coming Soon! New Latte Oreo Thins!" Now, an Oreo rep is confirming to Elite Daily that the company is bringing Oreo Latte Thins to stores as early as June 2019, which means Oreo and coffee stans have just a few months to go until they can treat their tastebuds to this undeniably delicious combination.

According to the packaging, it looks like customers will be getting a latte-infused creme filling in between two thin and crispy Oreo thins. Whether you're team chocolate wafer or team creme filling, you'll enjoy the crunchy texture and the hint of coffee in your cookie.

The best part? Unlike many of Oreo's limited-edition flavored varieties, the Latte Oreo Thins will become a permanent part of the Oreo family when it rolls out this summer, according to Oreo.

Unfortunately, it's still a few months away until you can get the ultimate Oreo and coffee mash-up, but in the meantime, you can get in the spirit of the season by getting a couple sleeves of the Oreo Easter Egg Cookies. Shaped like an egg with purple creme filling and a springtime design (Personally, I'm all about the one that features a bunny rabbit and two Easter eggs), these festive Oreos will definitely make you want to go on a different sort of Easter egg hunt.

For Oreo stans who prefer the classic flavor of everyone's favorite black and white wafer, I'd recommend checking out the new Game of Thrones-inspired cookies. While the recipe for the chocolate cookie and the creme filling are the same as for the OG Oreo, these GOT bad boys are emblazoned with the insignias of the major players who will by vying for the Iron Throne when the series comes back for its final season on April 14.

When the Targaryens, Starks, Lannisters, and the Night King are duking it out for control of Westeros in just one week, all you have to worry about is whether or not you want another sleeve of these on-theme treats. Happy munching!