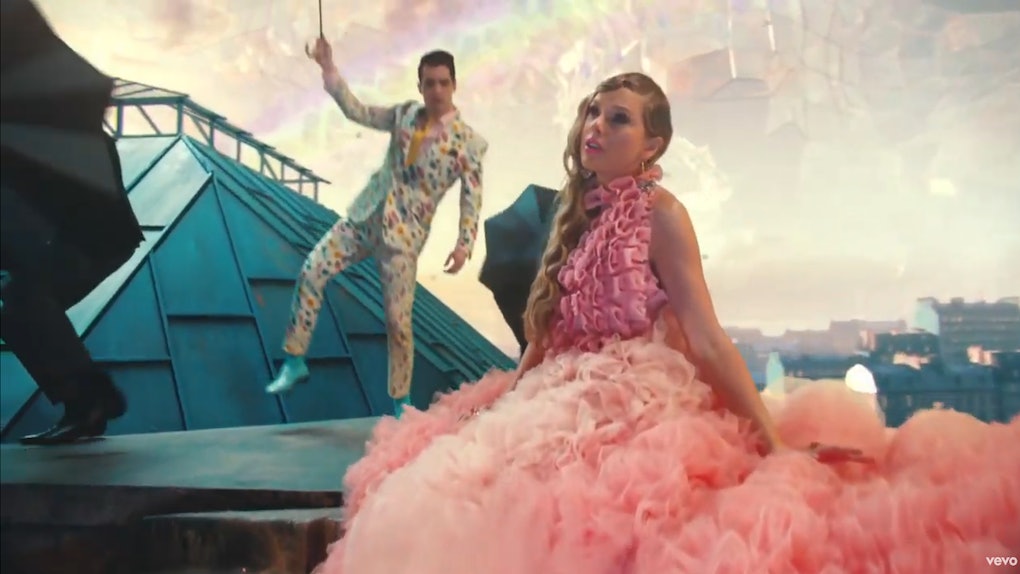 When Does TS7 Come Out? Taylor Swift's New Single "ME!" Has Fans So Excited

When the clock struck midnight on April 26, the moment Swifties all over the world had been waiting for finally happened: Taylor Swift dropped her highly anticipated (not to mention ruthlessly teased) new single "ME!" and it was everything Swifties were hoping for and more! There were snakes, butterflies, cats, French, declarations of self-love, and Brendon friggin' Urie. But now that fans have had a bit of time to digest the amazingness that is "ME!" and it's pastel dreamland music video, they just have one question on their mind: When does TS7 drop?

Well, Taylor Swift still hasn't confirmed when exactly the album is dropping, but fans have some pretty compelling theories based on some well-placed clues from Swift herself. But first, let's talk about "ME!" Not me, me. But, like, Taylor Swift's new single, "ME!".

If you ask Swifties, Swift began teasing new music all the way back in February — if you'll believe it — when she posted a picturesque photo of a landscape featuring of seven palm trees to her Instagram. To Swifties, no image is simply an image when it comes to Taylor Swift, so they immediately began deciphering what the imagery could mean — particularly focused on what the seven palm trees could symbolize.

A ton more teasers followed. And, as you know, new music finally came in the form of Swift's epic new single "ME!"

Anyway, if you're not deep, deep, deep into the Swifty life, you may think it's a little extra to dig so deep into a simple picture of palm trees. But leading up to the release of "ME!," Taylor Swift actually confirmed in an interview on Good Morning America that she was, in fact, leaving a trail of clues for fans to follow.

"The fans are so amazing. I can't believe how dedicated they are," Swift explained in the April 25 interview. "It makes it more fun for me to create music, to create music videos, knowing that they'll care about little Easter eggs or clues or hints. you have no clue how much fun that is to make stuff for people who care about it so much."

So, speaking of all those clues and easter eggs, fans are pretty sure they've cracked the case in terms of when Swift will drop her seventh album. And the date you might want to tentatively mark on your calendars is July 13.

Swifties are convinced that Swift's next album's status as her seventh indicates the month the album will drop (7 = July), and then Taylor's Instagram promoting her recent Elle cover and feature story where she jokes that she feels 283 years old sometimes has them convinced it'll drop on the 13th because each digit in 283 equals 13 when you add them together.

Fans also pointed out that Swift is now in her 13th year of making music since dropping her first self-titled album in 2006, which could also inform the idea that the album will drop on the 13th.

To me, a casual listener when it comes to Swift's music, it initially seems like a stretch, but y'know what? The Swifty nation has been right about quite a few things I've called a stretch in the past. So, this theory is definitely holding a little more water with me these days.

More like this
Taylor Swift's 'Fearless (Taylor's Version)' Lyric Changes Are Small, But Meaningful
By Michele Mendez
What Does Taylor Swift's Vault Door Video Mean? Fans Are Decoding It
By Cianna Garrison
These Tweets About Taylor Swift's "Mr. Perfectly Fine" All Ask 1 Important Question
By Sydney N. Sweeney
Stay up to date