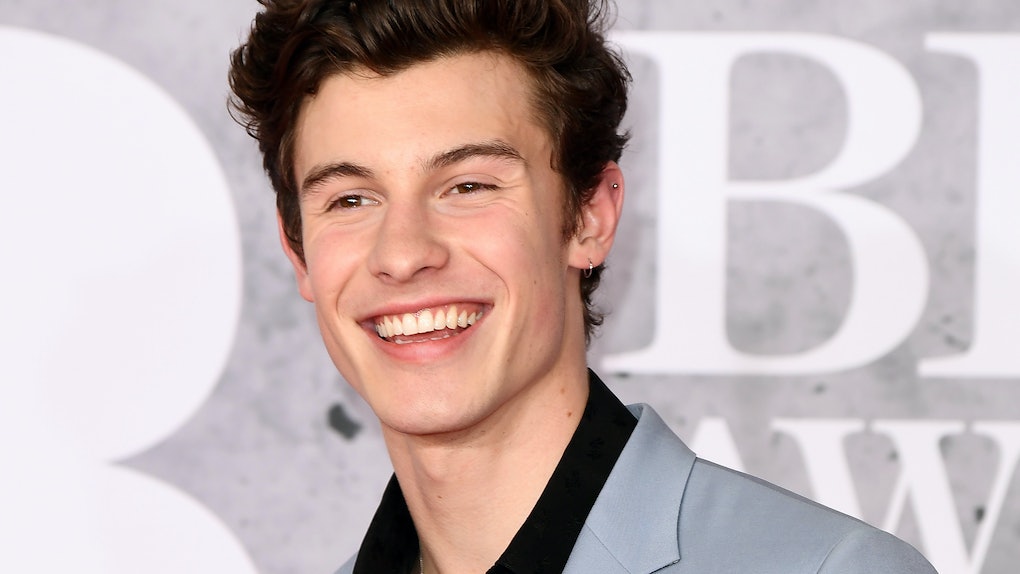 When Does Shawn Mendes' 2019 Album Come Out? Here Are All The Signs It's Coming Soon

Shawn Mendes has been super busy lately, most recently dropping his second hit collaboration with Camila Cabello, "Señorita." The single, like Mendes, is fire. But it's not enough to distract me from one harsh reality — it's been a year since we've got a solid discography of Mendes music. Like many other fans (I assume), my head has been wracked by the thought, when does Shawn Mendes' 2019 album come out? Well, I've done some digging and there are a few tell-tale signs that New Mendes Music Day (that's a new holiday I just made up) is quickly approaching.

On May 3, Mendes appeared on the Elvis Duran Show and dished a little on his new album. Yes, the interviewer literally said, "Tell us about the rest of the album."

"I've been literally feeling, like since I released the last music, I've been writing non-stop... trying to just figure out what the next thing is," revealed Mendes.

The keyword there is non-stop. To me, that sounds like he's definitely building a set of tracks for a 2019 drop.

The 20-year-old singer also shared he's been working a lot with other artists — yet another tell-tale sign of an album. "I've wrote with a bunch of really cool artists actually. I'm not going to tell you too [much], but I think the next piece of work that comes out is going to have more collaborations than all of my music for sure."

Collaborations you say? Like, that Flamin' Hot Cheeto of a collab with Cabello? Makes sense to me. Also, long before I could even fathom that summer hit's release, Cabello teased fans on Insta with a photo of her playing guitar with Mendes in December 2018. The song seems like it was a good amount of time in the making, which leads me to believe he's been writing "non-stop" since then, at least.

In February 2019, singer-songwriter Teddy Geiger also posted a photo of herself working with Mendes in the studio. FYI, if you didn't know, Geiger is behind the BMI-nominated Song of the Year "Stitches" and Grammy Award-nominated single "In My Blood." So, get excited.

I'd also like to remind you on February 10, Mendes performed with Miley Cyrus at the Grammy Awards. They sang "In My Blood" together and it was glorious. Seeing as they've already taken the stage as a duet, I would expect nothing less than one Cyrus-Mendes collab on his (or Cyrus') next album. But, I'm looking at you, Shawn.

Now, I know some fans are probably a little skeptical and wondering how Mendes could possibly have the time to create an entire album while touring the world. Well, riddle me this, he's been on the road since March and that didn't seem to stop him from shooting a mini-movie with Cabello, as well as releasing his own single, "If I Can't Have You." It hit the internet on May 2 along with merch. He had time to approve merch, y'all! Two days later (May 4), he appeared on Saturday Night Live to perform his single.

Shawn Mendes is putting in that work and there are no signs of slowing. Trust fam, the new album will be here before we know it and don't worry, I won't tweet you all saying "I told you so."

More like this
Is Olivia Rodrigo's "Good 4 U" About Joshua Bassett? Fans Are Convinced
By Michele Mendez
TXT's 'The Chaos Chapter: FREEZE': Release Date, Tracklist, Music Videos & More Details
By Michele Mendez
BTS' Group Teaser Photo For "Butter" Is So Smooth
By Abby Monteil
Stay up to date