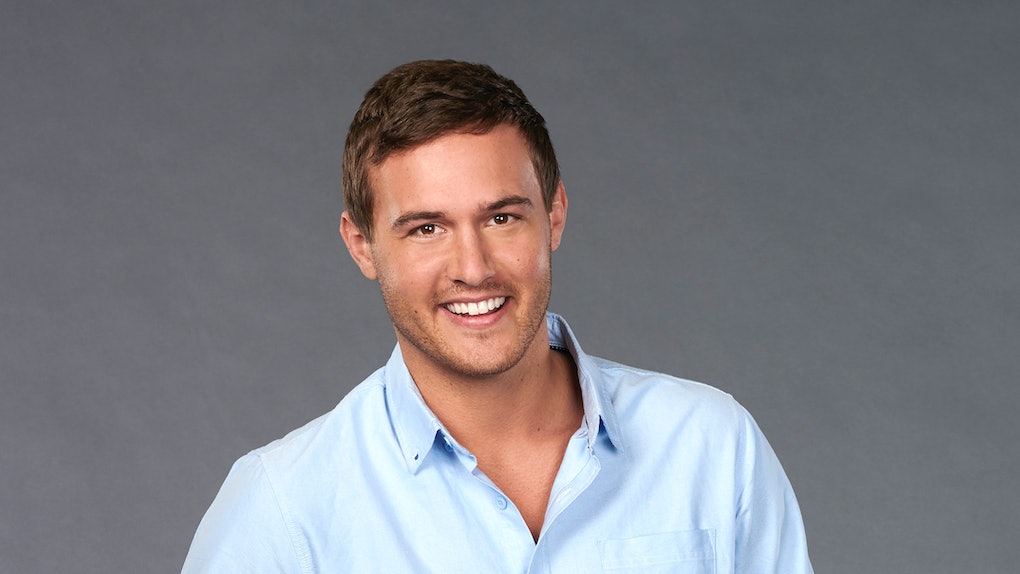 When Does Peter’s Season Of ‘The Bachelor’ Start? Here's What You Should Know

It's out with the old and in with the new in Bachelor Nation this week. During the Season 6 finale of Bachelor in Paradise, 28-year-old Peter Weber was announced as the newest Bachelor, and while fans have plenty of time to perfect their pilot puns for his premiere, they have one big question: When does Peter's season of The Bachelor start? Mark your calendars for the first week of January, as per Bachelor tradition.

Following his third-place finish on Season 15 of The Bachelorette, Delta Air Lines pilot Peter was confirmed as the Season 24 Bachelor on Sept. 17's Bachelor in Paradise finale. During his hot seat appearance alongside host Chris Harrison, Peter said, "I feel so grateful right now just to have this opportunity in front of me ... I feel like the luckiest kid ever ... I have all the faith in the world that this will work for me and I know it's going to."

If the filming schedule for past Bachelor seasons remains intact, Peter ought to arrive at the mansion to meet his contestants toward the end of September. Filming usually wraps right before Thanksgiving in November before the season launches on TV in early January. While you won't have to worry about nursing a New Year's Eve hangover during The Bachelor, you'll hopefully still be sticking to your New Year's resolutions when the first episode of Peter's season airs on Monday, Jan. 6, on ABC.

Fans likely won't catch a glimpse of Peter's contestants in the mansion until right before the season kicks off, but judging by his performance on Hannah Brown's Bachelorette season, the ladies have plenty to look forward to. Proving himself to be a smooth kisser, Peter also gained attention after his elimination when Hannah revealed during a live "After the Final Rose" segment that she had sex with Peter four times during their fantasy suite date. Take note, Bachelor ladies!

However, the selection of Peter as a lead isn't without controversy. As the airing of The Bachelorette wound down, his ex-girlfriend Calee Lutes alleged that Peter broke up with her to pursue a future on the show. Speaking to PEOPLE in July, Peter claimed, "The show had absolutely nothing to do with me ending that relationship ... she wasn’t on the same page as me. That being said, I wasn’t going to waste her time or my time. But the casting process and my first interview was months after we broke up ... It's obvious that I hurt someone that I really did care about. That was never my intention. And for that I’m sorry."

Peter's smooth handling of that incident definitely speaks wonders about his ability to weather some Bachelor drama. Earlier on Sept. 17, ABC even released photos of 33 potential contestants, so it's officially time to start crafting a fantasy bracket before season promos hit TV. But then again, I definitely don't mind a short break from roses before seeing Peter and his women take off on their journey to love.

More like this
What Would An LGBTQ+ 'Bachelor' Season Look Like?
By Abby Monteil
'Bachelor In Paradise' Season 7: Premiere Date, Cast, Filming, & More Info
By Rachel Varina
Peter Weber’s Quote About How ‘Bachelor’ Producers Get Contestants To Kiss Is Wild
By Abby Monteil
Stay up to date