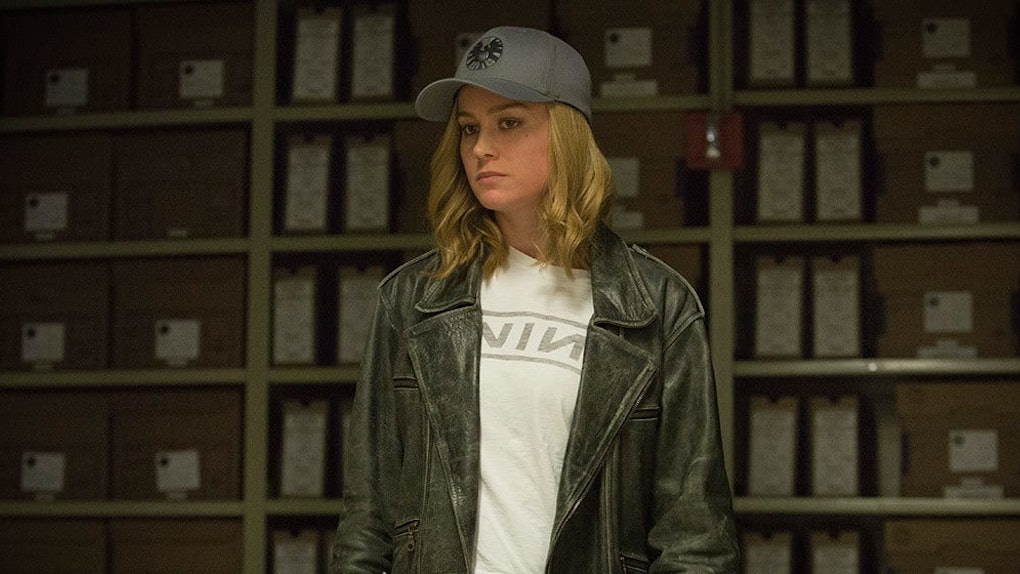 When Does 'Captain Marvel' Take Place? Here's Your Official Breakdown

Captain Marvel is the first period piece the Marvel Cinematic Universe has done since Captain America: The First Avenger, way back in Phase I. Back then, Captain America, set during World War II, served as much as an origin story for the world of The Avengers, as it did the title character. It included how S.H.I.E.L.D. came to be, and it filled in the blanks on Howard Stark, the father of Iron Man. Most importantly, it added an Infinity Stone to the mix. Fifteen movies later, this new origin story is rather different. When does Captain Marvel take place?

Unlike Captain America, which was only filling in a blank canvas, Captain Marvel is a mid-point origin story, filling in an era after the establishment of S.H.I.E.L.D., but well before a wealthy playboy assembled a superhero suit out of some leftover mechanical parts in the desert. That means it can't fudge the dates, because things have to line up, both in the past and the present.

According to one of Disney's websites, the year is 1995. This is not only important for Danvers concerning present-day events, but also because of her compatriots, most importantly Nick Fury and Phil Coulson, the former of who is still very much a part of the present.

Not everyone realizes this, but Captain Marvel is not one origin story, but two. The main tale focuses on Carol Danvers, a human-kree hybrid who is part of the team fighting the Skrulls on a mission that takes her to Earth. However, there's a secondary story, of how Nick Fury became the man fans know today.

When Fury first appears at the end of Iron Man, he's a man on a mission, with an idea and a glint in his eye. Where did Fury get this idea? How did he rise to the head of S.H.I.E.L.D.? What happened to his eye? While Captain Marvel may not answer all of these, the trailers have made it clear Fury's meeting with Danvers in the 1990s was the catalyst that put him on the path to who he is today.

Besides all the fun one can have with the grunge era, it is essential to go back 25 years to a time before everything was digitized. Though the internet and cell phones existed in the 1990s, they weren't ubiquitous as they are today, and bureaucracies like S.H.I.E.L.D. were still mostly paper files. People didn't have phones that took pictures in their pockets. Moreover, it makes the events of Captain Marvel one not so easily found by computer super geniuses like Tony.

It's far enough in the past, Nick Fury can keep it in his back pocket without thinking much about it, while still carrying the emotional effects of it that drive him to this day.

The best part? When Danvers answers the call to return to Earth and stop Thanos, she may be wearing a Discman and listening to David Bowie's Outside. "Hallo Spaceboy" would be a perfect track for rescuing Tony Stark.

More like this
Here's How To Stream 'Nomadland' So You Can Finally Get The Hype
By Rachel Varina
Is Netflix Making A 'To All The Boys' Spinoff Series About Kitty? Here's The Tea
By Rachel Varina
'Downton Abbey 2': Release Date, Cast, Trailer, Photos, & More
By Ani Bundel
Stay up to date