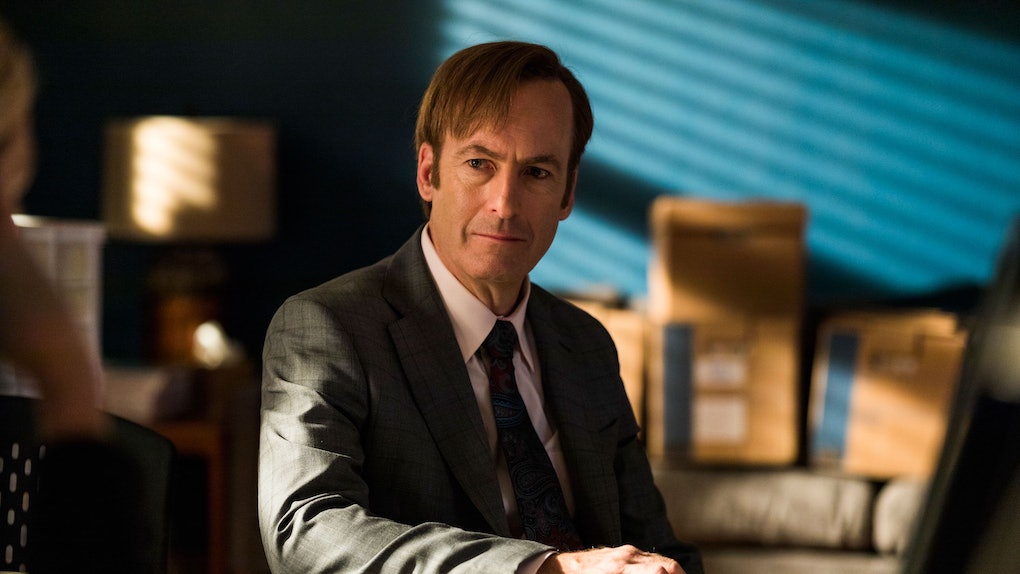 When Does 'Better Call Saul' Season 5 Premiere? Fans Have A Reason To Get Excited

When we last saw Better Call Saul's Jimmy McGill, he had weaseled his way out of a suspension from practicing law but gleefully announced he wasn't going to practice under his own name. Anyone familiar with the drama series' source material on Breaking Bad has a sense of how this plan goes, as Bob Odenkirk's character ends up legally advising Walter White under the name Saul Goodman. But in case you're still curious about what Jimmy's up to next, when does Better Call Saul Season 5 premiere? The drama won't return for a while, but preparations for a new season are coming up.

Season 4 of Better Call Saul wrapped on AMC in October 2018. Earlier this month, Sarah Barnett, AMC's President of Entertainment Networks, told Vulture that the acclaimed prequel series's fifth season wouldn't air until 2020. "[Better Call Saul is] driven by talent needs, which we would not override if it would result in a worse show," Barnett said.

While fans won't see the story return to their screens for another year, they have reason to cross their fingers for glimpses at behind-the-scenes shots soon. At April 8's AMC Networks 2019 Summit in New York, Better Call Saul executive producer Mark Johnson said in a panel appearance, "On [April 10] we start shooting Season 5...it's quite a road we've traveled with Breaking Bad and now Better Call Saul. We've been at it for a while."

Like its award-winning predecessor, Better Call Saul films in Albuquerque, New Mexico. Expected to return alongside Odenkirk for the new season are Patrick Fabian (Howard Hamlin), Rhea Seehorn (Kim Wexler), Giancarlo Esposito (Gus Fring), and Jonathan Banks (Mike Ehrmantraut). Fabian appeared with Johnson on a Summit panel about comedy's role in drama productions, also spilling that he had only received the first script of Season 5 so far.

Feeling guilty about Chuck McGill's (Michael McKean) death throughout Season 4, Howard also witnessed the breakdown of the HHM firm in Better Call Saul's most recent episodes. Ahead of Season 5, the law firm appears to be in limbo. Seeing as Howard is not mentioned in Breaking Bad, this could mean that this professional trouble heading into Season 5 is the beginning of the end for him.

Fabian addressed the exploration of his character's darker side at the Summit, saying, "I don't think of Howard as being anything but a light character. I think of him as sort of a Peter Pan who's been living a great existence and then he sees the McGill brothers...sort of muffing it all up. I'm hoping [in Season 5] that there's no gun play for Howard."

Johnson also teased that the Better Call Saul cast hadn't received more knowledge about new stories because the scripts "weren't finished yet." Well, given that the finished product isn't hitting TV until 2020, this is understandable. While the facts may be under wraps for now, Tony Dalton was announced as a series regular for the new season, meaning we'll see a lot more of his devious Lalo. Plus, it's never too soon to start hoping for Better Call Saul to feature someone else from Breaking Bad.

The possibilities are endless, so here's to hopefully receiving more snippets about the new season soon. Season 5 of Better Call Saul will premiere on AMC in 2020.