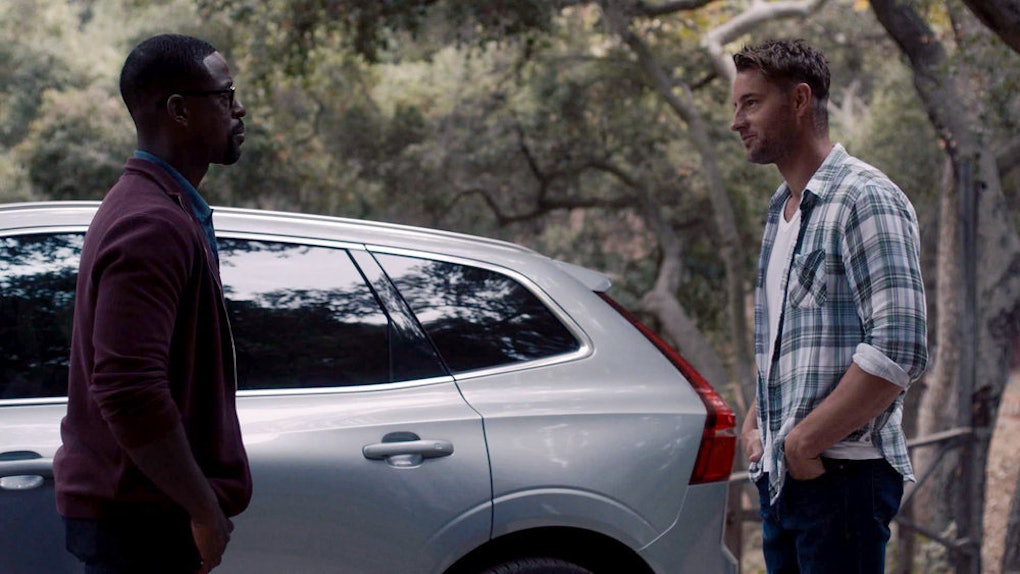 When Do Kevin & Randall Make Up On 'This Is Us'? Their Fight Is Complicated

Since the middle of Season 4, This Is Us teased the coming breakdown within the Pearson clan. The Thanksgiving episode of 2019 promised Randall and Kevin would have a falling out, a fight large enough that they wouldn't even celebrate their 40th birthday together. That explosion came in the Season 4 finale. But with trailers showing Randall arriving at the cabin where Kevin and Kate were celebrating their 40th birthday, perhaps a reconciliation was nigh? Fans want to know, when do Kevin and Randall make up on This Is Us?

Warning: Spoilers for the two-hour premiere of This is Us Season 5 follow. As viewers discovered, Randall showed to the cabin up due to the other central plot point revealed in the Thanksgiving episode, Rebecca's memory loss moment. While running an errand, Rebecca saw a man who looked much like Randall's biological dad, William. It triggered a bout of confusion, which eventually led to the police bringing her back to the cabin.

But before anyone found Rebecca, Kate realized she'd gone missing. Kevin and Madison were at the hospital after Madison has a bad fall, so Kevin didn't answer Kate's frantic call. But trusty Randall did, and he drove up to help. It's a good thing, too, because he was the one who realized the antihistamines Rebecca took for her poison ivy reaction were what caused the episode in the first place.

But Randall's arrival also gave Kate a chance to push Kevin into trying to reconcile. When Randall turned to leave without giving Kevin a chance to say anything, she ran after him. After her talk with Randall, Kevin came out as well, in an attempt to reach out and bridge the divide.

Though Randall and Kevin's exchange over the latter's impending fatherhood was bittersweet, it's the scene with Kate that underscored why Randall's relationship with both his siblings is so complicated. The latest Black Lives Matter movement — which the show seamlessly worked into its Season 5 storyline — made Randall realize how isolated he was as a child. A Black boy in a white family, for a long time, the racial struggle seemed to belong to someone else. But when it finally hit home for him as a teen, there was no one to talk to. His siblings never thought twice about race, and he never brought it up for fear of making them feel uncomfortable.

If anything, this fight with Kevin has given Randall space to look long and hard at his life. Kevin's accusation that Randall's adoption robbed him of his rightful place as Jack's golden boy provided a needed emotional distancing. He still loves his siblings, sure, but he is done being reflexively supportive.

Maybe one day, Randall will be ready to come back. He seemed to recognize that Kevin telling him about his babies' genders was an olive branch. But the fight between them fundamentally changed things, and Randall appears to still be working out how a new relationship should look. It's going to be a long road back.

More like this
Who Are The Touched In 'The Nevers'? Their Abilities Are Completely Wild
By Ani Bundel
7 'Game Of Thrones' Spinoff Ideas HBO Should Def Consider
By Ani Bundel
Who Is Cleo On 'Outer Banks'? Carlacia Grant Is New To Season 2
By Ani Bundel
Stay up to date