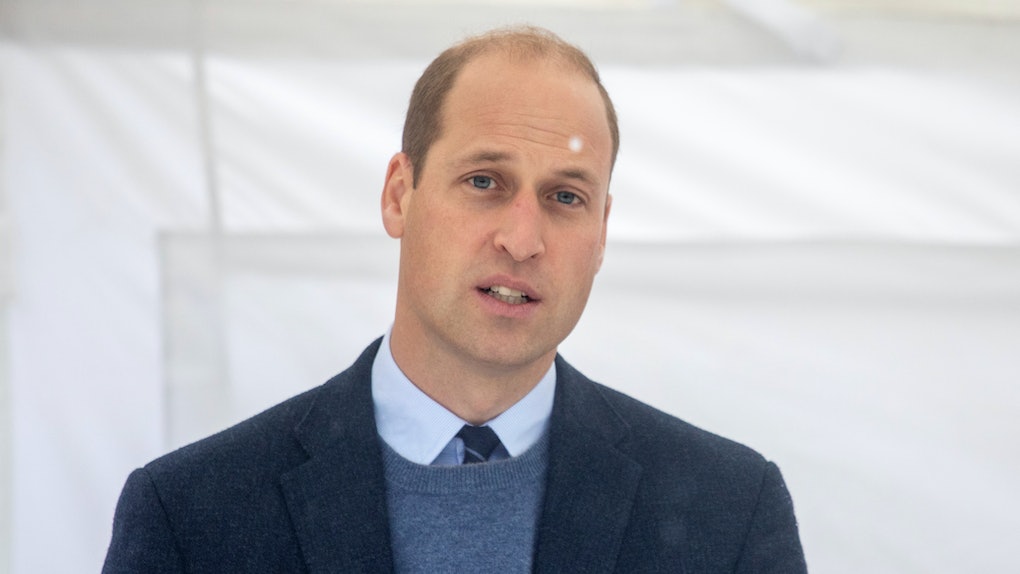 When Did Prince William Have Coronavirus? Here's Why He Reportedly Kept It Secret

The COVID-19 pandemic has affected the royal family in many ways over the past few months. From the early diagnosis of Prince Charles to the way they've handled the U.K.'s lockdown, the family has been open about the way they've been dealing in these unknown times. Now, news has been reported that Prince William had coronavirus back in April, but kept his diagnosis private in hopes of not worrying others. (Elite Daily reached out to Kensington Palace for comment, but did not hear back in time of publication.)

Shortly after Prince Charles received his positive test results in March, the heir to the British throne, who only displayed "mild symptoms,” shared in an Instagram post that he was on the mend. "Having recently gone through the process of contracting this coronavirus, luckily with relatively mild symptoms, I now find myself on the other side of the illness but still in no less a state of social distance and general isolation,” he said in a video message on April 1.

Meanwhile, it took months for news of Williams' battle with the virus to be reported. On Monday, Nov. 2, royal correspondents Rebecca English of The Daily Mail and Richard Palmer of The Express both shared information on William's diagnosis and why it was kept a secret.

Along with a retweet of The Daily Mail's original story, English wrote: "KP have belatedly confirmed that Prince William did have coronavirus in April - Kate and the children did not. Valid questions as to why this was kept secret, although KP say he didn’t want to alarm people after his father’s diagnosis."

Palmer tweeted: "I’m on holiday but it seems Kensington Palace is confirming that the Duke of Cambridge had Covid-19 in April and kept it secret. The UK expects honesty from public figures, particularly during a pandemic. This may be a cover-up that will haunt William and those advising him."

In The Sun's report, an insider shared that "at one stage" William "was struggling to breathe, so obviously everyone around him was pretty panicked." Despite his diagnosis, William "didn’t want to worry anyone," telling an insider "there were important things going on."

While some people disagree with Prince William's decision to keep this matter private, the most important thing is that he is doing well and that his wife, Kate, and children did not contract the virus.

More like this
Here's Why Meghan Markle Reportedly Isn't Attending Prince Philip's Funeral
By Cianna Garrison
Meghan Markle & Prince Harry's Beef With The British Tabloids, Explained
By Brandy Robidoux
Prince Philip, The Duke of Edinburgh, Has Died At The Age Of 99
By Noelle Devoe
Stay up to date