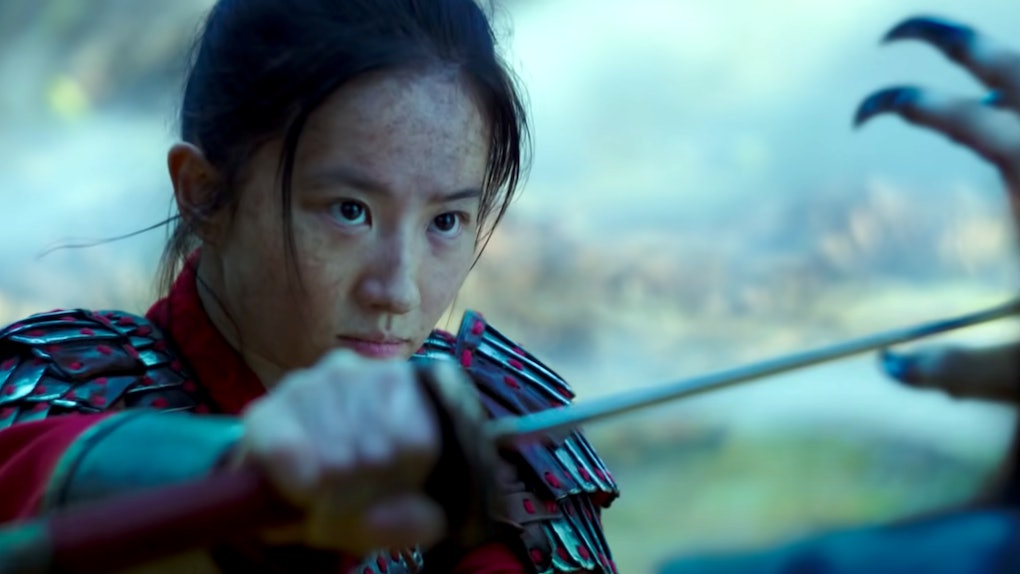 When Can 'Mulan' Be Streamed For Free On Disney+? Here's What We Know

After a summer barren of blockbusters, Disney's live-action adaptation of Mulan will be one of the first major movie releases since the coronavirus pandemic halted Hollywood. But although the long-awaited remake will forgo a theatrical release in favor of a digital premiere on Disney+, viewers will still have to pay a pretty penny to see it. That won't be true forever, though. A report about Disney+ revealed when Mulan can be streamed for free following its pricey premiere, so, from the looks of things, fans can choose to wait a few months to see the flick if they want to save some money.

Earlier in August, Disney+ announced Mulan would premiere with a new feature on the streaming service called Premier Access. The feature will require subscribers to pay $29.99 in order to stream Mulan whenever they want from Sept. 4 onward. Considering that $30 payment comes on top of Disney+'s monthly subscription price, fans will have to break the bank a bit in order to catch Mulan when it premieres. But luckily, there's also another option: The description on Disney+'s Mulan page encourages users to "watch with Premier Access before its release to all Disney+ subscribers," which confirms the film will be released for no added cost to all subscribers later on.

The streaming service may have also revealed the date Mulan will be made available to stream for free. On Aug. 29, Screenrant reported Disney+ updated the Mulan description to reveal the movie would be released to all subscribers on Dec. 4, 2020, exactly three months after its premiere. However, the movie's description has apparently since been changed to remove that date. Elite Daily reach out to Disney+ to ask if this Dec. 4 release date is accurate, but did not hear back by the time of publication.

Since Disney+ removed that section from its description, it's unclear exactly when Mulan will be available for all subscribers without an extra cost, but the Dec. 4 date sounds likely and that's all fans have to go off of right now.

Until then, fans are faced with a choice between spending some extra money or waiting at least several more months to finally see the live-action re-imagination of Mulan. If you have $30 to spare, then you can check out Mulan on Disney+ on Friday, Sept. 4.

We may receive a portion of sales from products purchased from this article, which was written by our Editorial team.